Blue Shield’s bio-energy has been enhanced. As a result he’s ten times as strong, fast, durable, agile and tough than an average man.

His bio-energy also manifests has a one-inch thick, blue aura around his body. It enables him to withstand heat, punctures, concussions and extreme temperatures.

Joe Cartelli is the son of Frank Cartelli, who was gunned down by the mob. While it was never explicitly stated, it is believed that Joe was a cop, or at least received police training at some point. Thus, he infiltrated the Barrigan crime family, masquerading as a mobster.

Cartelli somehow acquired a belt with micro-circuitry of unknown origin. It gave him the Blue Shield powers, which he used to fight his own family and various other criminals. He also shortly allied with Dazzler.

Blue Shield was next seen attempting to join the Avengers. That didn’t pan out, but he was then approached to become security director for Project : Pegasus. Pegasus was a secret research project of the US Government. At that point, the abilities once conferred by the belt were somehow intrinsic for Joe. He could produce the same effects without any visible equipment.

He did a good job but resigned after he failed to protect the project from the alien life form called Omnivore. However, Cartelli later reaccepted the post.

Blue Shield wears a classic blue super-hero uniform, with white gloves and buccaneer boots. On his chest and back he has a white shield motif, with a sky-blue spark on it.

Joe Cartelli is a good, driven man who does what he can. His personality is not remarkable, and he’s not prone to a generic superheroic style.

He’s a bit unsure about his abilities, and can be overcautious or, more commonly, a bit too confident or even brutal.

Bonuses and Limitations:
Force field is Self Only (-2). 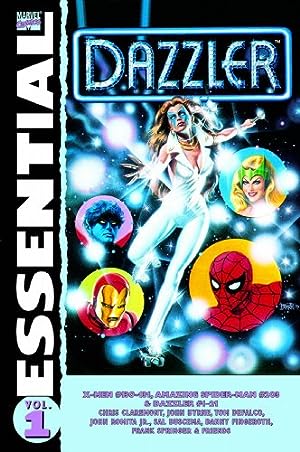