The Blue Talon is a powerful martial artist. His best techniques are deadly open-hand strikes, such as “karate chops” as we said back then.

Such strikes are deadlier still thanks to steel plates over his hands. With those, he can easily demolish a reinforced door with a single blow, or penetrate several centimetres of concrete.

Blue Talon is a reputed martial artist from Japan. At some point, he was involved in some kind of accident or defeat, leaving him scarred and breaking his hands.

After the accident, he left Japan and, toughening his hands, became an assassin and a mercenary martial artist.

Blue Talon was in the employ of Damon Draan (who would later become the Indestructible Man) when Draan ordered him to kill Daredevil (Matthew Murdock).

Blue Talon engaged Daredevil. But in the fray, he struck the ground with so much force he hit a gas main. Which ignited from sparks from his steel plates. The main exploded, and Draan later referred to having “lost” Blue Talon.

Yamura seems bitter, aggressive and has a mean killer instinct. He didn’t take to his handicap well, and relishes in any opportunity to demolish stuff and people.

This bitterness diminishes his emotions toward anything else than his condition and his assignments.

He much prefers facing a skilled adversary, so he can demonstrate his worth.

“Blue Talon ! A name which shall cut your epitaph !”

He could easily have been a member of the League of Assassins, indirectly working for Ra’s al Ghul. His style and costume would fit nicely in.

The stats are guesswork – Daredevil kept using Acrobatics (dodging) during the whole combat, so it’s hard to rate his opponent.

* Without Defensive Roll.
** With plates. 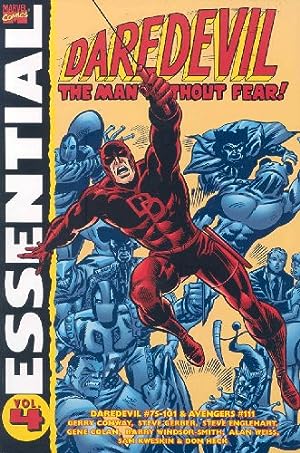 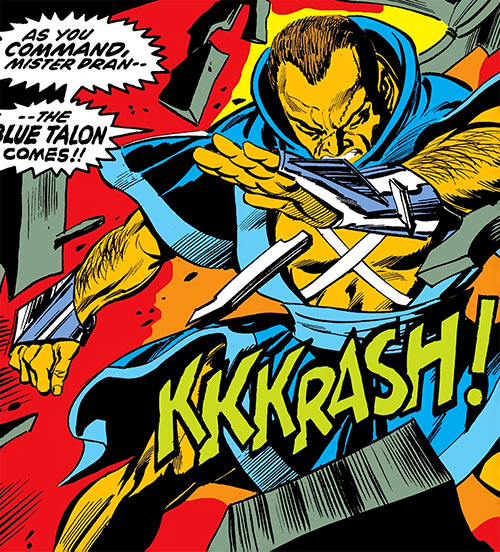