The Boar can turn into a huge and superhumanly strong porcine form. Changing back and forth seems quick and effortless.

The Boar is a very minor superhuman criminal, with only one documented appearance. After a heist, he drove away in his beat-up car, but got chased by Spider-Man (Peter Parker). Trying to lose the web-crawler, he pushed a school bus off a bridge. Spidey was stuck webbing the bus then dragging it back to safety.

Continuing to drive away, the villain crashed his car into a lamppost. His loot was scattered all over the street. The Boar randomly decided that the crash had been caused by a mutant and accused a nearby vagrant of being “a mutie”.

Turning into the Boar, he smashed the poor homeless man into a wall, then turned to backhand a kid taking photos.

However, the homeless man was actually a fresh corpse holding Beta Ray Bill’s soul. Turning into his alien/divine form, the formidable warrior smashed the Boar with his mallet. This sent the brute sailing over the Manhattan skyline, right into Spider-Man.

After a short confusion, the two heroes knocked the Boar out. They left him webbed up for the police to find.

The Boar seems to be a poseur, a violent criminal and a bully, all rolled into one. He’s a a White boy with a strong Xbox/rap culture, who thinks he’s an OG. His courage fluctuates quickly and in direct proportion to how on top of the situation he feels.

Bonuses and Limitations:
Growth is Always On (as the Boar) and Already Factored In.

His human form seems to retain the Skills of his boar form, but to have every Attribute at 02 and no Powers. 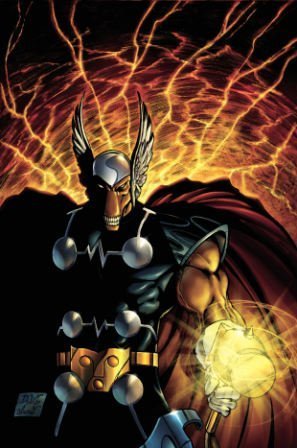 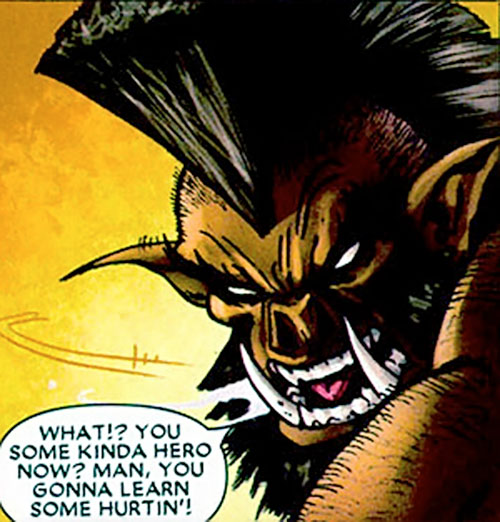 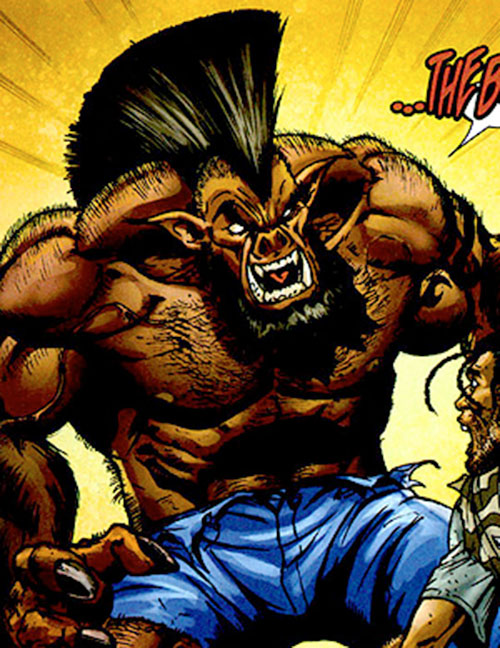