Bob Morane is a two-fisted, sharp-witted adventurer, military officer and engineer. He’s an avid practitioner of judo, karate, aikido, kendo, boxing, savate, sharpshooting, archery, swimming, SCUBA diving, mountaineering and sailing, as well as an Ace from the Battle of Britain who can fly pretty much anything with incredible skill.

His reflexes and instinct as a pilot carry over to cars and trucks. He has been witnessed performing pretty risky maneuvers while engaged in car chases.

He was trained in the French Polytechnique school , making him highly educated in both engineering matters and humanities. He’s a highly skilled linguist, having studied both living and extinct languages.

He also seems to have been trained as a commando during, or shortly after, WWII.

A game of fisticuffs

Bob Morane and his friend Bill Ballantine are awesome brawlers, and they know it. If threatened by ordinary unarmed opponents, they will act confident and relaxed, smiling and making it clear provoking them is a losing proposition.

This rarely prevents conflict (since Bob and Bill enjoy a good fight, mostly because it teaches a lesson to bullies and predators), but this is not hot air either. Both men fighting back to back have been down to knock down a half-dozen opponents within seconds.

The archetypal pulp adventurers, Morane has proven able to defeat a very wide range of incredible menaces through courage, ingenuity and astounding competence. This explains his numerous Hero Points  – when the chips are down, nobody does it better than Morane.

Still, he tends to conserve his HPs for dramatically appropriate moments. For instance he never spends a single HP to prevent being captured in the early stages of an adventure.

One song strongly associated with Morane is 1983 anthem L’Aventurier by Indochine, casting Bob as the archetypal capital-A Adventurer.

Indochine was a curious early 1980s New-Wave band. They did simple, very 1980s-pop-synth, naïve music for teenagers. I’m not sure it was objectively good, but it was fun, fresh, catchy and cool. Indochine retained a faithful following (mostly through Francophone Europe and some Latin American countries) for decades.

This version, from a 1997 Ancienne Belgique concert, is my fav. It is *way* less dated, sonically, than the 1983 album release.

Although he’s forever 33 (his longevity was never explained), Robert Morane was born in the 1920s in France. He studied in Polytechnique and was in the French military when WWII started.

He fought as part of the French air corps as a remarkable pilot, then joined the Free French in London. He fought as an ace pilot in the Battle of Britain. It is in England that he acquired the nickname “Bob”.

He resumed his duties in France after the war as a flight commander. During the early 1950s, Morane was allowed by the military to go back to civilian life with a full pay. He worked as a engineer and sometimes as a reporter for the magazine “Reflets” (“Reflections”).

Morane’s civilian life is even more active than his military one. He’s a born adventurer, and has an uncanny knack for finding himself in the midst of highly dangerous and peculiar situations.

He has lived through many, many adventures, some involving the deadly world-class threat of the Yellow Shadow. During all of those, he was accompanied by his closest friend, the Scot strongman Bill Ballantine.

Bob Morane has seen, and done, incredible things. By his first adventure chronicled in comic book format he was flying a secret British atomic-powered airplane/rocket/submarine with atomic force fields and cannons and tangling with giant kraken and a nefarious group of Chinese pirates.

By the second, he was discovering ruins from the lost civilization of Mu behind cursed mountains in the Antarctic, then stumbled on an almost exact equivalent of Marvel’s Savage Land (though his version came first). Then discovered an outpost of French exiles who had developped a super-technological civilization.

By his third he was instrumental in toppling a corrupt South American dictatorship by stealing the tyrant’s entire air force and putting it in rebel hands – though he had a brush with giant mutant jungle plants shortly after.

And so on, and so forth.

Morane is best described as a modern-days knight. He’s generous and selfless, with a strong willpower and self-image – yet modest. He’s particularly curious, always having to understand things. His strong sense of justice making him simple unable to avoid correcting a wrong.

His skills, military career and history are well known to Western intelligence agencies. Thus, he has sometimes been entrusted with missions as a consultant – as long as Commander Morane is certain that the mission is ethical.

Morane enjoys collecting ancient curios. He absolutely loves nature, outdoor sports and trekking – the rougher, the better. He’s at ease in the skies, deep in the jungles, in the desert, in the mountain…. He also deeply appreciate being in contact with primitive cultures and interacting with them. He hates it when virgin land is destroyed.

Insert as needed. He’s the type who might have protected super-heroes-starved Europe from the likes of Kobra, Vandal Savage and other threats.

Bonuses and Limitations:
Ultra-Vision only works to see at night (-1)

Equipment:
When he is armed, Morane usually opts for the ever-faithful Browning Hi-Power 9mm pistol [BODY 05, Projectile weapon: 04, Ammo: 13, R#02]. From the 1980s on he will shift to modern versions of this pistol, with an Ammo capacity of 15. Note that Morane will not be armed, unless he’s specifically expecting major trouble or an on expedition.

Bob Morane has a huge rep – he’s known throught the military world, intelligence scene, criminal circles, law enforcement organizations, big business and others. Even simple sailors and international sailors are likely to have heard about his exploits. This reputation is that Morane is one of the toughest and most courageous men in the world, and can defeat any threat.

Even when his reputation does not precede him, Moran’s extremely high INF and AUR enable him to convince, lost civilizations, time travellers, men from the future and the like to trust him. He simply comes across as a straight arrow, an honest man to be trusted ; many strange civilizations have accepted him as their champion within days or even hours of meeting him.

In Bob Morane’s Genre, a person threatening another with a drawn and ready firearm enjoys two advantages :
– the target’s OV is lowered by 2CSes
– the gunman will be able to shoot first if his target makes any move, unless the target’s Initiative is 20 or more point above his own.

This models the fact that, while Bob Morane and Bill Ballantine will not hesitate to engage opponents threatening them with fists or even melee weapons, they are far more reluctant to spring into action when covered by a pistol, even if they have ample reasons to believe the threatening person has a mediocre Weaponry (firearms) score.

Such an action remains possible, of course, but will usually be backed by HPs to reduce the chance of being wounded. 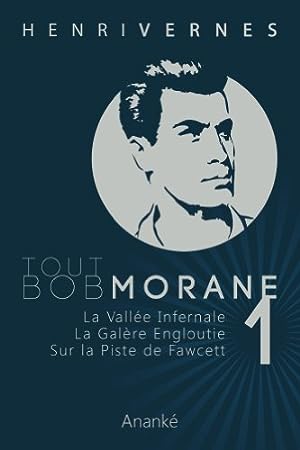 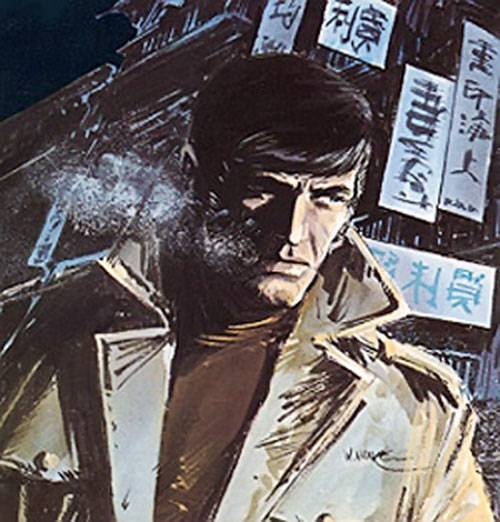