Bomber can create smouldering spheres of blue-white energy in her hands. She can then detonate it with considerable force.

She usually throws them like grenades. But she once built up a very large one (backed with Hero Points ) and had it explode in her hands. She and and the ground right below her were unharmed, but the maxed-out detonation dug quite a crater.

In most circumstances, Bomber must used her Power at diminished potency, to avoid collateral damage and friendly fire.

Bomber and her sister Cutter are both OGs  of the Wolf Gang. Apparently, Hunter helped them escape from their father circa 1992. Nothing else is known about what was happening at the Shanklin home, why the sisters wanted to leave, and what prevented them from doing so. It has been stated by secondary sources  that her father was abusive. 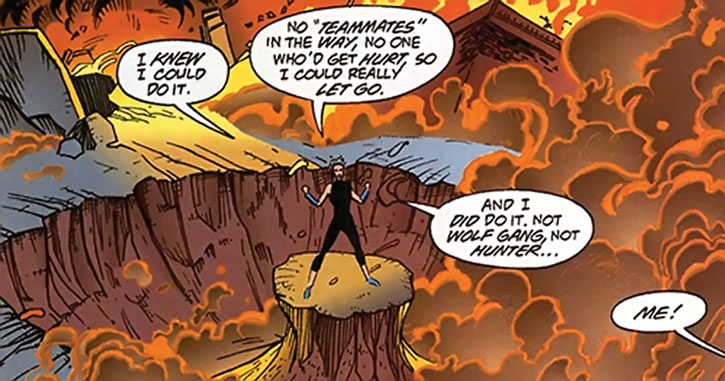 When Hunter refused to help against the 1994 gang war launched by the Prime Movers, Bomber decided that it was a moral and strategic mistake. She broke rank, leaving to help Barb Wire and convincing Breaker to come with her. She briefly thought that she had beaten Mace Blitzkrieg with a maxed-out bomb, but was soon knocked out.

Though at one point she had plans to leave the Wolf Gang, Bomber was still with them when they last appeared.

Determined, independent and wanting to fly with her own wings.

Bomber is somewhat reckless among the Wolf Gang :

She seems somewhat protective of her sis, but not irrationally so. Bomber was dismayed that Cutter preferred siding with Hunter despite her efforts.

Bomber can be manipulative and deceptive if she needs to.

(Sarcastically) “Hosanna, the beneficent ‘Hunter’ who saves good girls and boys. All he asks in return is that they be happy. I guess I’m just looking a gift wolf in the mouth.” 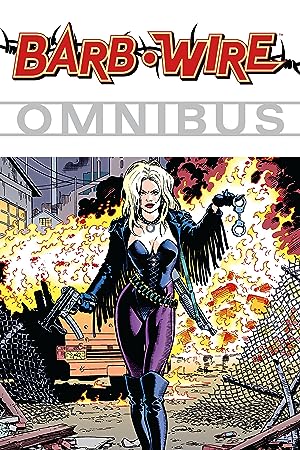 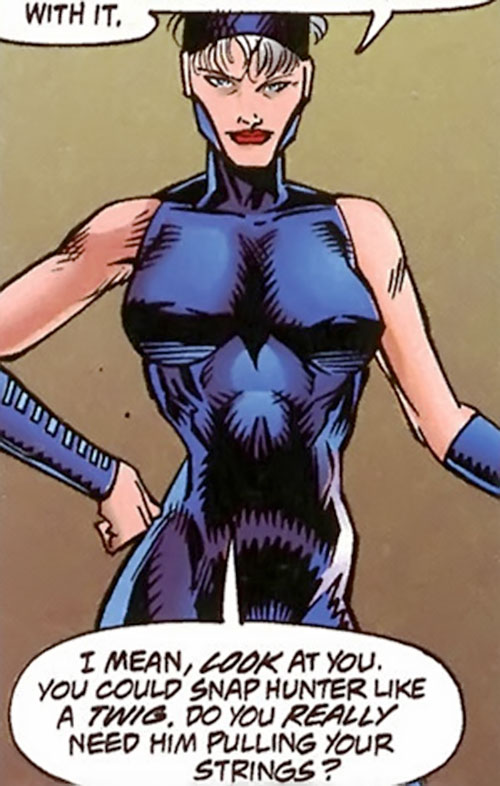 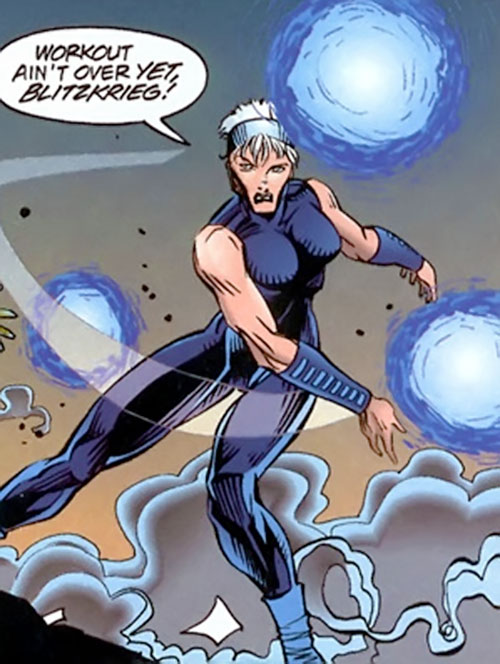 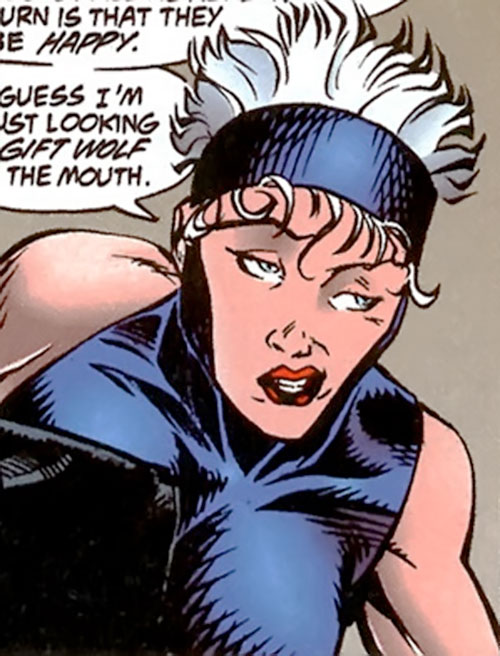