This profile is meant to be read after the main article about the Death-Throws, which has the history and context.

So you should read that first. Before this one.

Bombshell is an excellent demolitions expert, able to precisely use a wide range of explosives. Therefore our game stats assume a standard suite of soldierly skills. But this is an *hypothetical* – it was never stated or shown that she’s ex-military.

She has a talent for juggling. Thus, Oddball could train her to be almost as good as the rest of the much more experienced Death-Throws. Once she was good enough she started juggling grenades and the like. These weapons arguably makes her the most dangerous of the lot.

Like the other Death-Throws she is very precise with thrown weapons, and can sometimes catch weapons hurled or shot at her. 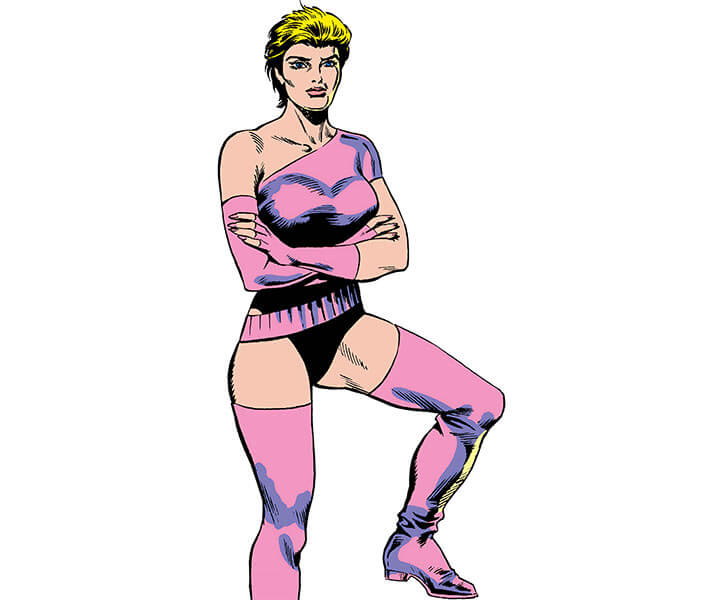 Juggling with explosives for fun and profit

The charges that Bombshell was documented juggling are :

In 1991 she wore a pair of gauntlets. These could glow with a pink aura that detonated on contact. It wasn’t clear at first whether these were gadgets or she had acquired a power.

The gauntlets compensate for her chief weakness. Namely, her inability to efficiently engage foes at close range or in the middle of allies. Due to the undiscriminating area of effect of her explosives.

It is possible, but not demonstrated, that she beefed up her hand-to-hand combat skills to use those. If you think so, adding — in DC Heroes RPG terms — Martial Artist: 04 is reasonable. 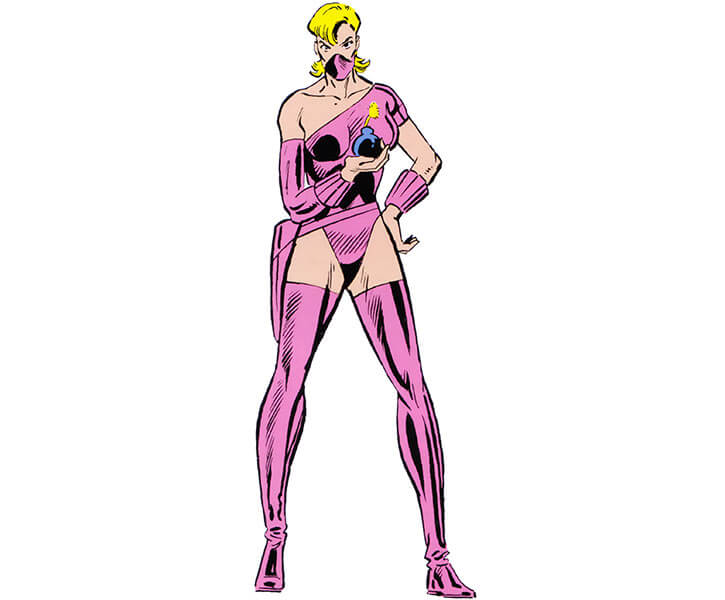 Wendy Conrad was first seen as the pink-clad Bombshell in 1983. That was when Crossfire (William Cross) hired her and her friend Oddball (Elton Healey) to kill Hawkeye (Clint Barton) and Mockingbird (Bobbi Morse).

They first tried to do the deed by booby-trapping the house where the two heroes lived. But Mockingbird’s S.H.I.E.L.D. training allowed her to detect that their apartment had been tampered with. Hawkeye remotely detonated the bomb.

Since Bombshell’s approach had failed, they switched to Oddball’s approach. They ambushed the couple in the subway. As Oddball led them on a chase Bombshell, disguised as a nun, ambushed Mockingbird.

She narrowly took Mockingbird down with explosive blasts from her bracer. Bombshell then took Hawkeye out while he was busy interrogating the defeated Oddball. The two criminals delivered the captured heroes to Crossfire.

But they were later knocked out when Hawkeye managed to escape.

Oddball then trained Bombshell to juggle. That reportedly was in the hope that she’d become his girlfriend.

Conrad demonstrated a genuine talent for juggling. She soon qualified to join the Death-Throws, a group of criminal jugglers Oddball belonged to.

For more about this era, see our Death-Throws team profile.

Like Oddball, during the 1990s Bombshell was chiefly working without the Death-Throws.

Along with a large number of female costumed criminals, she was invited to a free luxury cruise by Superia (Deidre Wentworth) to hear her pitch her Femizons project. But that plot was derailed by Captain America (Steve Rogers) and his allies.

Along with the Rhino and Stiletto they captured Silhouette (in large part thanks to a flash grenade thrown by Conrad). But Bombshell was then knocked out by Spider-Man.

The costumed mercenaries fled when Hammer’s base was demolished in a later fight.

Bombshell wasn’t seen again in action before 2006. The Death-Throws — allied or perhaps even commanded by Crossfire — were hired by RAID (Radically Advanced Ideas in Destruction). They took part in a terror attack on London, as recounted in our Death-Throws profile.

The woman seen during the incident was a blonde using explosives. And she wore the 1980s Bombshell costume. Yet she seemed to be a different person than Wendy Conrad. She was significantly less assured and aggressive.

A possible scenario is that Oddball and Bombshell broke up and left the Death-Throws, leading the Death-Throws to recruit replacements. Oddball is thought to be a different man than before, since the original apparently died in 2001. 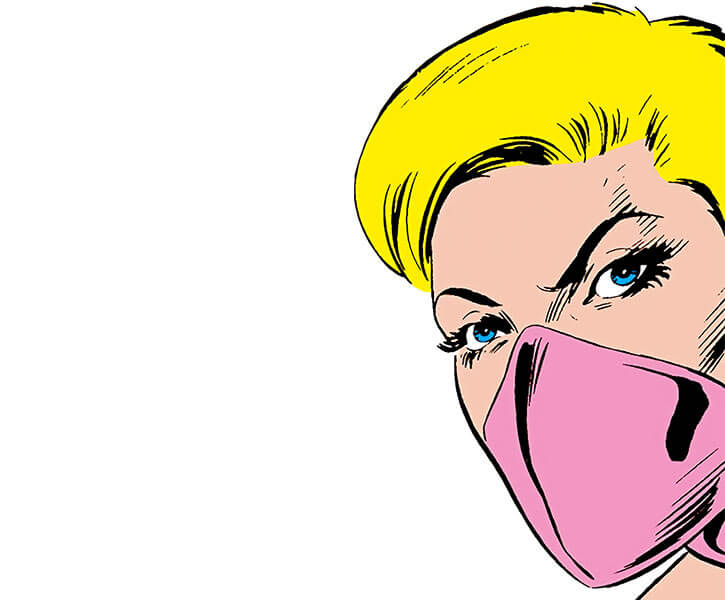 Conrad appears calm, professional and disciplined. Though a non-trivial part of this comes from the contrast with the flamboyant and chaotic Oddball.

She seemed to hate Mockingbird. The reason for this wasn’t explained, but they may have clashed in the past. Perhaps Conrad was one of the renegade S.H.I.EL.D. agents exposed by Mockingbird ? 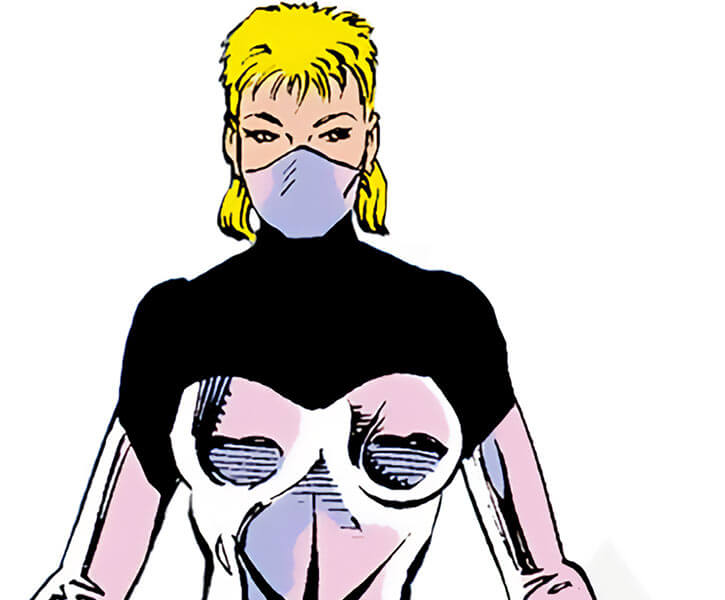 “Settle down, Oddball. The money’s not ours till their smouldering corpses are hauled out of the debris and identified.”

“Hurry boys… the fuse is not that long !”

Bombshell’s ordnance has varied over the years. In chronological order:

Since she was seen working for Justin Hammer not too long after acquiring the gauntlets, they may have been built by Hammer Industries.

By the 2006 battle in London, she didn’t have gauntlets of either kind.

She may have an Expertise (4 ?) about infantry work or as a S.H.I.E.L.D. agent, but this is *hypothetical*.

She may also have beefed up her hand-to-hand combat skills after getting her gauntlets, but this too is hazy.