Like the other members of the Reavers, Bonebreaker is a cyborg. He has bionic implants that augment strength, stamina, and reflexes beyond the levels of a normal human.

Furthermore, he has a motorized chassis propelled by tank treads in place of his legs. The chassis is outfitted with a vast array of weaponry, including anti-aircraft missile launchers and machine guns.

Bonebreaker’s upper torso is easily removable from his chassis. This allows him to abandon it if it becomes damaged or inoperable, although this leaves him without a mode of transportation. He can also pop out a flag with the text “Bang” from his left index finger. 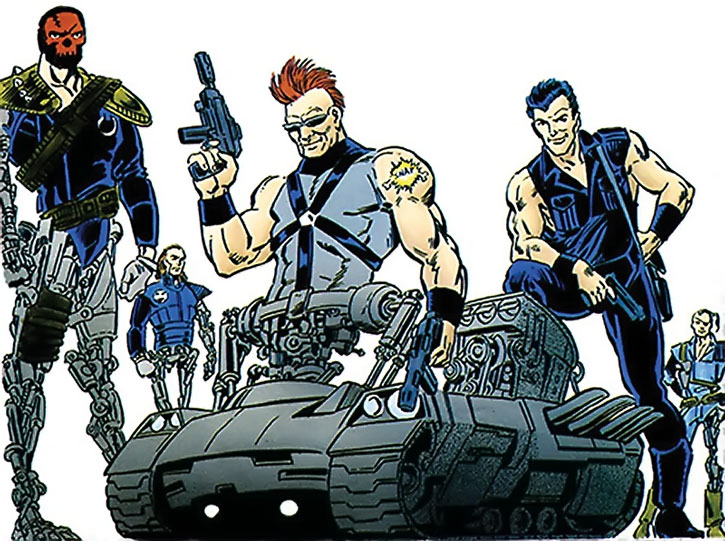 He is proficient in the use of a wide variety of conventional firearms, from pistols to automatic rifles. He seems to be rather good at thinking up attack and defense strategies.

Bonebreaker is also a capable hacker and computer specialist. He uses a program, Wipeout, that may or may not be his own creation, to crash targeted computer systems completely (consider it an 12-15 APs effect).

Bonebreaker is an actual human tank. His looks may have been based on a character in 1986 schlock movie Eliminators. 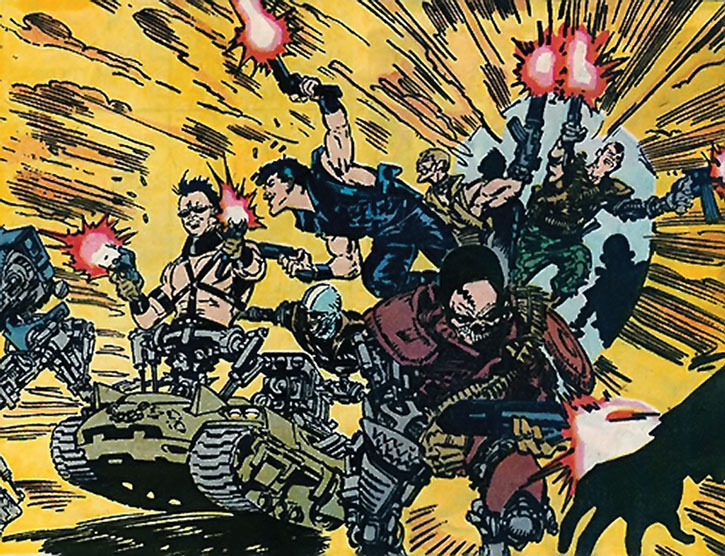 Bonebreaker is an extremely vicious and loathsome criminal. He enjoys hurting people, preferably someone weak enough that their struggles would be futile. Of course he likes to gloat.

Surprisingly, being the old leader of the pack, he takes orders from Pierce very well.

“Oi, Reese ! Dig my new computerized sighting device — Pierce rigged me so the rocket hits whatever I look at.”

“I’m going to hit it with a laser ! Should have thought of this in the first place — it’ll superheat his ammo and blow it up from the inside !”

“Stinkin’ steam ! Sets up too much background heat. Infra-red can’t get a decent tracking lock on any residual trails.”

Drawbacks:
Distinct Appearance (Cyborg), SPR (Bonebreaker has no legs and has to use cybernetics, such as the Cyborg Tank Chassis, to move around). 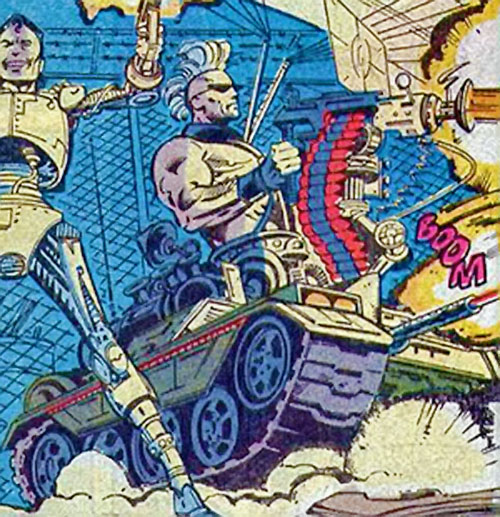 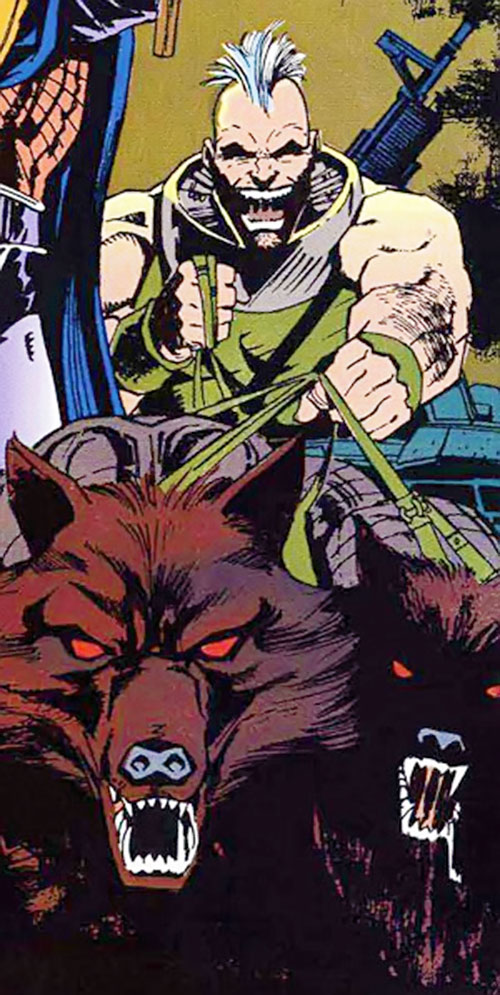 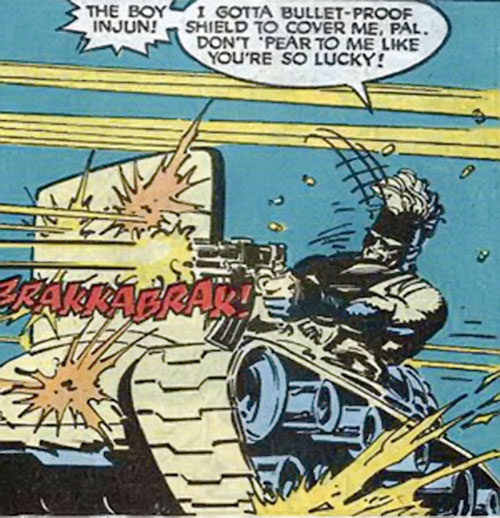 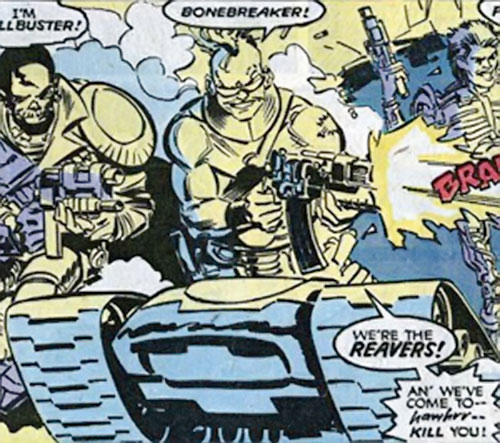