Bonfire appeared in Detective #553-4. In D.#553, she had defeated Black Canary II due to the heroine’s Traumatic Flashbacks suffered since her mother (BC I) had been helpless in a similar situation when fighting a villainess named Pyra.

This causes BC to create a new costume (her JL costume), and seek out Bonfire again. Eventually, BC does, and defeats Bonfire by using her sonic scream.

Tactics used by Bonfire include catching a mattress on fire and tossing it at BC. Thereby trapping her in a corner, behind a wall of flame rising from the mattress.

Using Bonfire in an adventure

She could easily become the pawn of some other criminal. As long as she is allowed to commit arson, she will be happy. When using her, so not forget to take into account the dangers of burning buildings : smoke, heat, and the eventual collapse of the building. 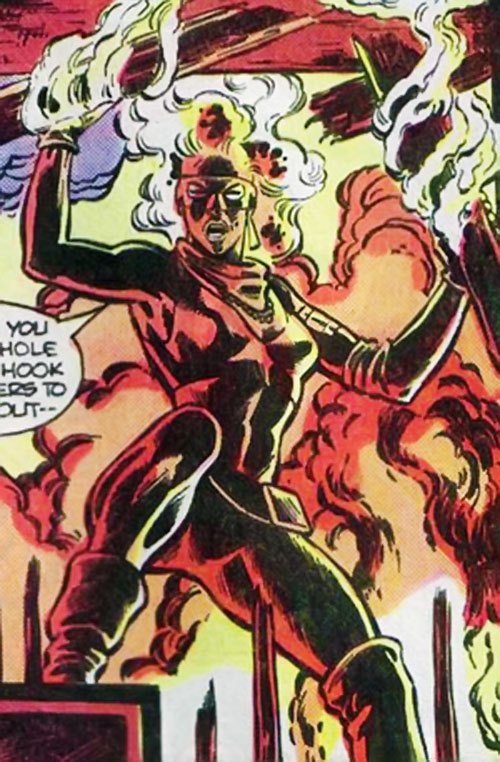