Book is possessed by a huge tome he’s always holding in his arms. He just has to open it and read a few lines to cast any needed spell.

Book works for one of the two known ultra groups operating for Rex Mundi in the absence of NM-E. He and the rest of Quattro were involved in very bloody thefts of nuclear weapons in former Soviet military bases, and in attempting to stop Regina’s forces on the moon during Break-Thru.

Book is a young man in streetwear. Yet be speaks and behave like, well, an evil magical artefact.

Book sees himself as a powerful magelord who should be feared and obeyed. He seems jealous of other magic wielders such as Shadowmage or Mantra.

“Beware what you say to him, or your soul will be eaten !”

Quattro is a good example of a small, mid-powered superhuman strike team. It could serve almost any master. 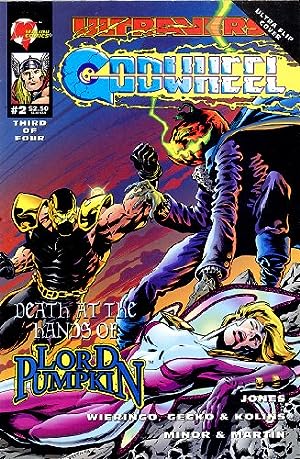