Boris is one of the top agents for the KGB. He’s both an able scientist and a strongman, thus demonstrating the superiority of the New Soviet Man over decadent imperialistic capitalist running dogs !

During the 1960s, Mr. Turgenov was the partner of the Black Widow (Natalia Romanova). Although the Widow disliked him, she always hid it. The duo had a formidable track record, and they seemingly worked together for several years.

Their final mission took place in the USA, in 1964. They were to bring back defector Anton Vanko, the genius scientist behind the Crimson Dynamo armour. Vanko had been convinced to defect by American industrialist Tony Stark.

Within hours, the Widow had thoroughly vamped Stark and was having dinner with him. She told him that her “brother” Boris was a science teacher from Ukraine. Stark even agreed that Boris should visit Stark Industries to tell his students about American technology.

Leveraging Stark’s absence, Boris reached Vanko, captured him and walked away with him. He left a tape recorder playing a lecture by Vanko in the scientist’s room. Since everyone knew that Vanko hated being interrupted while lecturing, the disappearance went unnoticed.

Turgenov dumped Vanko in a waiting submarine, then suited up using the Crimson Dynamo power armour . From there he attacked Iron Man, relying on the confusion as everybody thought the man within the armour was Vanko. This allowed him to defeat the Golden Avenger, and bring him back to the sub as well.

The Soviets couldn’t open Stark’s armour, but Turgenov was confident that he had exhausted his power reserves. He then went back to capture Stark, not knowing that he was Iron Man.

This is when the remarkably well-executed mission went sour. Stark used a light bulb to repower, free Vanko, escape and intercept Turgenov. The Black Widow attempted a diversion, but even with this edge Boris couldn’t meet Iron Man in a straight fight. Realising this, he instead focused on Vanko.

However, Vanko seized an experimental laser. Knowing full well what would happen, he shot Boris. Both Vanko and Turgenov perished in the uncontrolled blast.

The Black Widow then escaped in the chaos.

Having a pair of KGB agents in the US named Boris and Natasha is inevitably a Rocky and Bullwinkle  reference. Back in 1964 this animated TV series was at its peak. One of the recurrent features were the comedy misadventures of Boris Badenov and Natasha Fatale as they clashed with the titular moose and squirrel.

Rocky and Bullwinkle was a landmark show, remained a part of popular culture for decades and can still be quoted by old codgers.

During the 2000s, Tony Stark made a “Boris and Natasha” joke (because Stark is a jerk) that implied that Boris Turgenov had been retconned  as having been Boris Bullski, the Titanium Man. How it could work is unclear.

My No-Prize Explanation  is that Stark simply confused the two Borises – perhaps deliberately so he could make his bad joke.

Boris sounds a bit oafish and too proud of his strength. But he’s actually a smooth pro, who dares and wins.

He tends to daydream about being a great hero of the Soviet Union, adulated by the crowd. This is presumably the trait that secretly annoyed his partner Natalia.

“Walk around ?? Boris does not walk around puny obstacles… it is easier to hurl them aside…so !” (picks a heavy desk and throws it away)

“Our leader said to exterminate Vanko… never dreaming I could bring him back alive ! I’ll be a greater hero now… and more so when I’ve beaten Stark, as well as the over-rated Iron Man ! The Black Widow and Boris can defeat anyone !!”

“What a hero’s welcome I shall receive when I return !”

Equipment:
During the Vanko/Stark operation, Boris used the following gear:

Turgenov briefly operated the Crimson Dynamo armour. But these were exceptional circumstances, and he could only access some of its capabilities. This is thus not counted into his caps or budget.

Source of Character: Tales of Suspense #52. 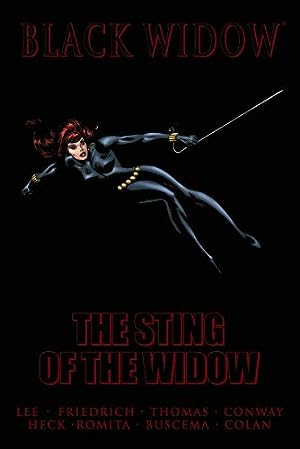 Black Widow: The Sting of the Widow 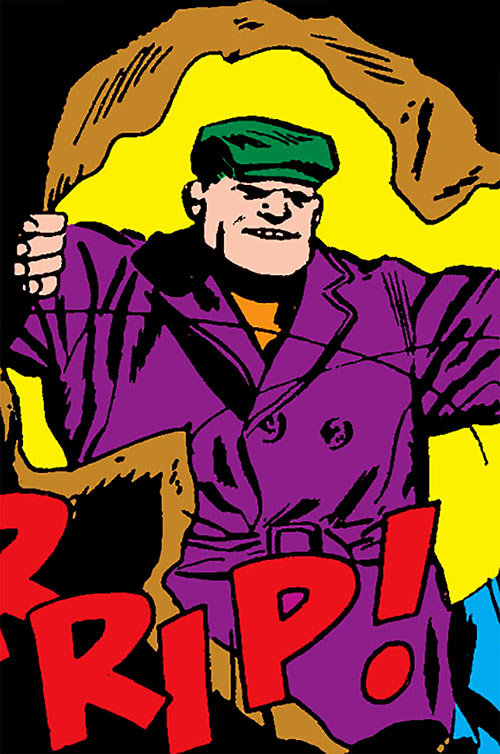 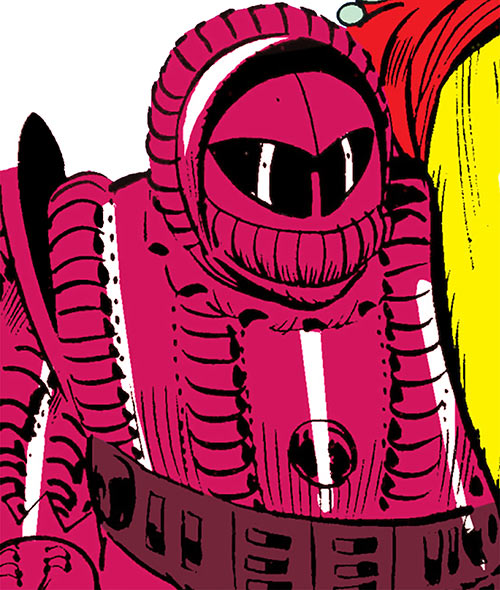