Bouncing Betty and the rest appeared during a minor X-Men story arc, in 2009. They are convenient, somewhat generic mutant muscle and enforcers.

A “bouncing betty” is a type of anti-personnel mine.

Betty is extremely physically powerful, able to knock Colossus about, and she leaps about a lot in combat.

(See Lobe’s character profile for most of what’s known of her history.)

Betty is happy for any excuse to get in a fight, and enjoys intimidating people.

“Ain’t much of a surprise.”

Having catalogued the genome and fighting style of almost all known mutants, the Sublime Corporation’s supercomputer can download strategies to fight them into cybernetic implants in Bouncing Betty’s mind.

This allows her to predict and avoid their attacks, and strike past their defences, giving her Power Reserve (OV): 04 and Weakness Detection: 08 when fighting a scanned mutant (as long as the computer isn’t interfered with). 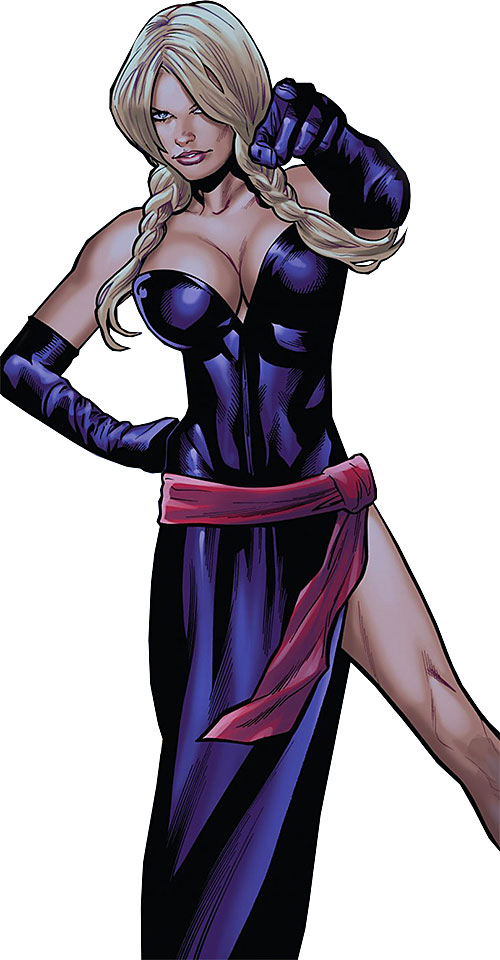 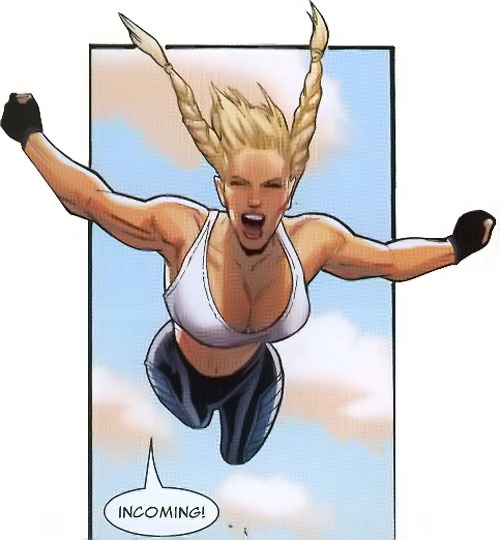 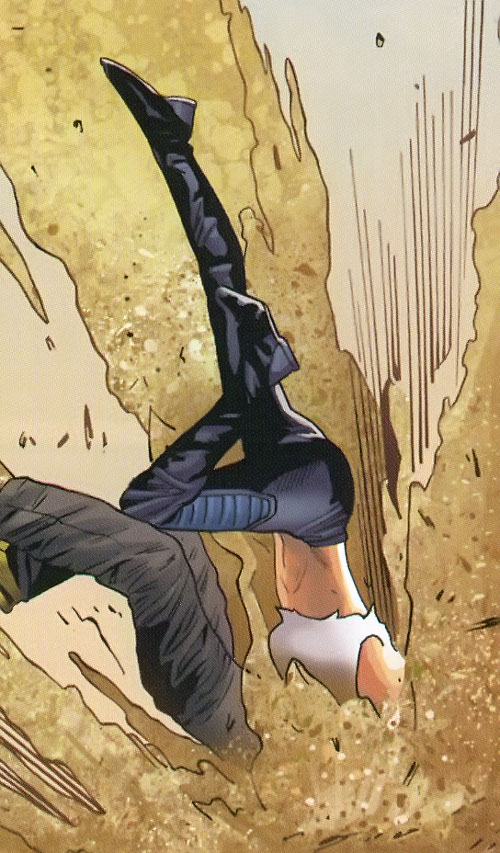