The Box is a large, powerful man who was turned into a cyborg. He has low-superhuman strength, stretching legs, the ability to absorb electricity, and presumably some vision powers.

Another asset is the Justice Jacky, a jack-in-the-box grafted on The Box’s left shoulder in lieu of an arm. This maniacal, bloodthirsty little imp appears to be an autonomous android, though it remains tethered to the Box.

The Jacky can somehow produce endless weapons from within its box. A submachinegun , harpoon gun and what may have been a flamethrower were seen. But it prefers odd melee weapons such as scissors, gavels, chainsaws, paired curved knives, a bat, etc. which it wields with considerable speed and accuracy.

The Box is the psychotic son of Jack-in-the-Box (Zack Johnson) in a possible future. Johnson died while his wife Tamra Dixon was still pregnant, and his son only learned about his father’s secret identity when he was 12.

Apparently, this future was a crime-ridden, impoverished, brutal dystopia à la Robocop. The youth obsessed over being a killer vigilante as The Box, seeing this as his legacy from the crime-fighting Jack-in-the-Box. He mutilated himself to install cybernetic enhancement. But despite successive enhancements he remained outgunned.

Deciding that this was the fault of his father for not having trained him, The Box somehow travelled back in time to pass judgement on the Jack-in-the-Box. The chronophysical  window of opportunity was narrow, though – and he wasn’t the only traveller to aim for it.

Both legs have been removed below the knee, replaced with telescoping robotic limbs similar in construction to Jack-in-the-Box’s “footapults”. But these are more stilt-like than spring-like.

His only costume is a red and green striped swimming suit in the 1920s “bather” style.

His voice is technologically altered.

The Box is psychotic, desperate and obsessed by his war against crime. He seems to consider himself the only lawful authority facing an endless ocean of crime. Perhaps his dystopic future is completely corrupt, or perhaps he’s delusional and the persons he fights aren’t actually criminal.

In his view he’s a self-sacrificing hero who holds against impossible odds and is fully justified in acting as a judge, jury and executioner.

The Box is a casual killer with a self-confidence problem, and clearly isn’t sane. None of this is helped by the nigh-demonic android replacing his right arm, who just keeps screaming legal-sounding condemnations (or just about death). If The Box is the judge and prosecution, the Jacky is apparently the Sergeant-at-Arms (and vaguely a court clerk).

The Box will always be happy to shout, discourse, expound and ramble.

The Box : “An accomplice ! Aiding and abetting !”
Justice Jacky (emerging from its box) : “Guilty ! Guilty !” 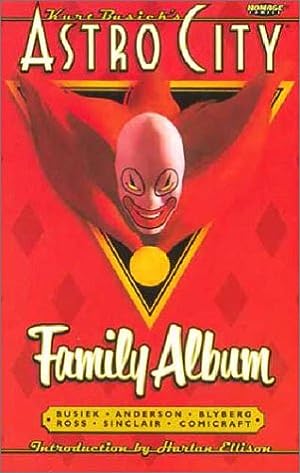 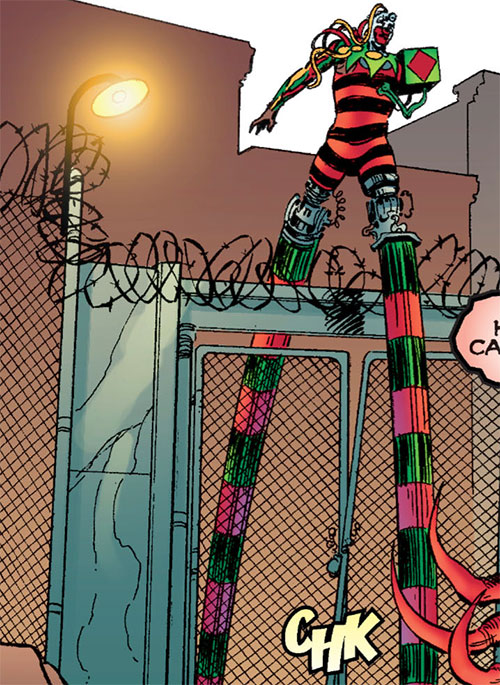