The Invisibles was a major comic book series by Grant Morrison during the 1990s.

It was *densely* packed with considerations about conspiracies, magical traditions, higher states of consciousness, genuine freedom and enlightenment, etc.. It is also infused with his personal visions about esoterism and the nature of reality.

Boy has no special or magical abilities, but is a highly skilled martial artist.

She is also trained as a police detective.

Boy (Lucille Butler) was brought into the Invisibles by Oscar, her police partner, in 1989. She was trying to keep her brother, Martin, from being taken away on a Black Train. These abduct America’s homeless and those who will not be missed.

At the time her other brother Eezy D (who was an Invisibles Operative) was killed. She joined the Invisibles as a means to get revenge.

Recently it was discovered that Boy had been implanted by the enemy with a psychic suggestion. If she should ever come into possession of the Hand of Glory, the hypnotic implant would have her return it immediately to the enemy. She was intercepted by Cell 23, a high level Invisibles cell dedicated to de-programming enemy implants.

Following her clearing of implants, Boy was fully introduced to Barbelith. Following this, she has lost her taste for revenge, and has said she is leaving the Invisibles.

Boy is a young Black woman in her early 30s. She is in excellent physical shape. She usually wears her hair short but has varied the style many times over the years.

She tends to dress in very normal looking clothing.

Boy used to be filled with anger over the death of her brothers. But since meeting Barbelith she is confused about her future direction. She wants to leave all this madness behind her and resume a normal life.

Regardless of her role with the Invisibles, Lucille is a very grounded woman with a very strong will.

“I hate this time travel shit !” 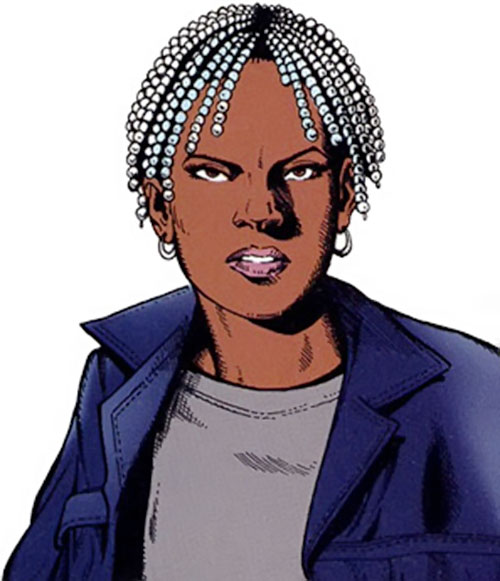 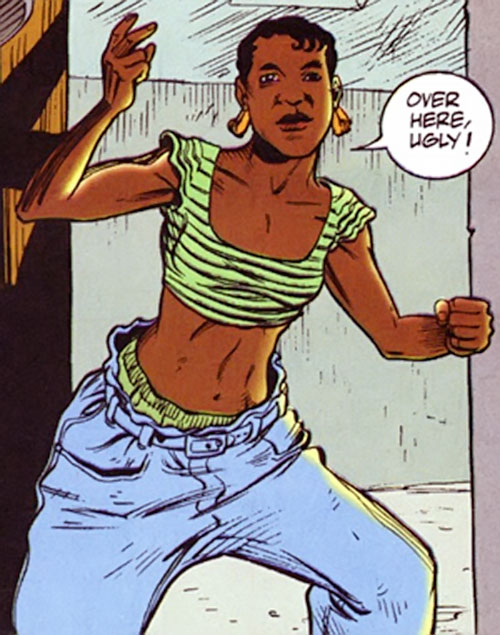