Bra’tac is a highly skilled tactician and charismatic leader.

Though his physical abilities are no longer at their peak due to his advanced age, he is still in excellent condition. In combination with his vast experience has allowed him to maintain his formidable combat prowess.

The Jaffa are a race of genetically engineered humans bred as warriors for the Goa’uld, a parasitic race using humans as hosts. Bra’tac was one of the greatest such warriors. He became the First Prime of the Goa’uld System Lord Apophis in his mid-30s, an unusual post for one so young, but well-earned nevertheless.

He served in this position for eight decades, leading Apophis’s forces and training new generations of Jaffa to be warriors.

As with many of the most intelligent Jaffa, Bra’tac doubted the divinity of the Goa’uld. He cam to recognize that they were not gods but simply corrupt beings of great power. While he wanted to free his people from the oppressive yoke of the System Lords, Bra’tac knew the Jaffa would need some extraordinary advantage to successfully rebel.

So you say you want a revolution

He bided his time, using his position to minimize the harm the Goa’uld did. He also encouraged selected warriors he was training to consider the same questions he had while keeping them from revealing their doubts and being executed by the Goa’uld.

One of Bra’tac’s finest students was Teal’c. He eventually took Bra’tac’s place as Apophis’s First Prime. Meanwhile Bra’tac concentrated on training new warriors. When Teal’c made his legendary defection from Apophis’s service to Earth’s Stargate Command, Bra’tac stepped in to take care of Teal’c’s family on Chulak.

Bra’tac trained Teal’c’s son Rya’c while stepping up his own subversive activities. He realized Teal’c would have only defected if he saw a chance to free the Jaffa, and he wanted to be able to support Teal’c when the chance arose.

Bra’tac did exceedingly well at improving his position in anticipation of the coming rebellion. He became First Prime to Apophis’s son Klorel.

You fell victim to one of the classic blunders

When Apophis attacked Earth, Bra’tac planned to sunder the Goa’uld forces arrayed there. He would lead an attack against Apophis in Klorel’s name. Most rebellions against Goa’uld began as sons attempting to usurp their fathers, so this trick would have played well to Goa’uld expectations.

However, SG-1 began their own attempt to stop Apophis’s invasion force. This pre-empted Bra’tac’s plans. He adapted and helped them repel Apophis, albeit at the cost of exposing himself as a rebel.

Now that his true sympathies were common knowledge, Bra’tac openly moved against the Goa’uld. He moved throughout the Jaffa population across the galaxy building a network of rebel warriors. This almost cost Bra’tac his life on many occasions, though it also afforded him ample opportunity to inflict grievous losses upon the Goa’uld.

Bra’tac coordinated his efforts with Teal’c and was even joined in his work by Teal’c’s son Rya’c when the youth reached adulthood.

The greatest victory of the rebel Jaffa was achieved during the recent Goa’uld war against the Replicators.

During the subsequent three-way battle between the rebel Jaffa, the Goa’uld, and the Replicators, the Replicators were disabled by a new superweapon discovered among the Ancient ruins at Dakara. The Jaffa rebels then defeated the remaining Goa’uld forces.

Though Teal’c was the architect of the plan and the leader of the Jaffa at Dakara, it is doubtful he would have been successful without Bra’tac’s support and advice.

By taking and holding Dakara and defeating the forces of the most powerful Goa’uld System Lord, the rebel Jaffa had forever sundered the myth of Goa‘uld divinity. Dakara became the capital city of the Free Jaffa Nations. Teal’c and Bra’tac were honored with a ceremony making them the blood brothers of all Jaffa.

Bra’tac is a White male of average build with a trim beard gracing a regal, roughly handsome face. Like Teal’c, Bra’tac still wears the golden seal of Apophis (an abstract curved snake-like figure within two concentric ovals, the outer oval open on top) on the center of his forehead even though he no longer serves that false god.

Bra’tac usually wears a suit of Jaffa armor, either with a black cape or under a brown or gray robe.

Projecting the classic image of the wise father figure, Bra’tac often commands respect upon appearance by his confident bearing. Having decades of experience in instructing and disciplining brash warriors, Bra’tac has learned when to be forceful with others and when to be firm but gentle. He switches deftly from one to another as needed.

Though he is comfortable with all manner of soldiers, Bra’tac seems especially at ease with older veterans, their shared experience of combat creating a sympathetic bond. Like most Jaffa, Bra’tac is very literal, which makes him somewhat oblivious to Earth colloquialisms.

Bra’tac is a skilled advisor at all levels of war, whether it is correcting a young warrior’s posture or counseling a leader to anticipate future obstacles to victory.

A natural instructor, Bra’tac will not simply tell someone what they should do but will instead provide others with the tools to solve problems on their own. He recognizes the importance of working with others. Thus, he has placed his considerable charisma into encouraging the Jaffa to work well among themselves as well as with their allies.

Bra’tac’s strength of character and exquisite sense of timing has helped build cooperative Jaffa partnerships even with groups such as the Tok’ra, with whom the Jaffa had a strong antipathy.

Teal‘c: “If we are discovered, you will be brought to Apophis along with us.”
O’Neill: “Well, we’ll just have to cross that bridge when we come to it.”
Bra’tac: “No, the bridge is too well guarded.”
O’Neill: “Actually, there I was using a cliché…”

Bra’tac: “We offer to lay down our lives for your world, human. You cannot ask more.”

Klorel: “Why do you defy me ?”
Bra’tac: “Because you are not a god. You are a parasite within a child — and I despise you.”

Bra’tac: “The Hakt’yl are grateful for your generosity and patience.”
Jack O’Neill: “Well, you know me. Always willing to help those who…need help.”
Bra’tac: “You are indeed a wise and gracious leader, O’Neill of Minnesota.”
Jack O’Neill: “Sit down, you old coot.”

Bra’tac could be imported to the DCU with the rest of the SGC easily enough.

Otherwise, perhaps the Jaffa are slaves of the Dominion in the DCU and Teal’c defected during the Invasion , inspired by the heroism of the human race in repelling the alien alliance. He and Bra’tac have since worked with various galactic heroes trying to build a network of allies to free his people.

This culminated in a recent effort by the revived Green Lantern Corp that freed the Jaffa from Dominion rule.

A younger Bra’tac, as seen in flashbacks in “Threshold”, would have a DEX of 06 (with the appropriate increase in Linked Skills). And he would not have the Age (Old) Drawback.

From the time of his defection from Apophis up to the recent establishment of the Free Jaffa Nations, Bra’tac had Exile (Involuntary) from loyal Jaffa society.

Bra’tac was considered one of the greatest Jaffa warriors who had ever lived on Chulak. He was respected among other Jaffa groups as well, giving him the Local Hero Advantage amongst all Jaffa. This advantage carried over to the Jaffa rebellion when Bra’tac turned against Apophis and again over to the Free Jaffa Nations once the Goa’uld were defeated.

Vessels of the Gods, part 1

Jaffa warriors carry larval Goa’uld symbiotes — known as prim’tah — in surgically-crafted pouches in their abdomens. This benefits the larval Goa’uld by helping them to adapt to human hosts. Before this process was begun, one in every two implantations ended in the death of the Goa’uld and host.

Goa’uld who have been carried from their larval stage to adulthood in a Jaffa have adapted to human biology and can usually take a human without difficulty. This process takes several years. Once a prim’tah has matured, it is removed from the Jaffa and replaced by a new prim’tah.

The benefit for the warriors is an enhancement of their strength and health. While a Jaffa is carrying a symbiote, he has +1 AP to STR and BODY, Slowed Aging (Potential lifespan of 150 years), Systemic Antidote (effective against disease as well as toxins) at 02 APs, and Regeneration at 03 APs.

However, he had to enter a meditative state called Kelnorim once a day or his body would begin rejecting the Symbiote (losing 1 AP of Current Body every two days without undergoing Kelnorim). Kelnorim also takes the place of sleep for Jaffa.

A Jaffa trapped underwater can enter Kelnorim and use the symbiote’s gills to breathe. Treat this as Suspension: 10 and Water Freedom: 00, activated simultaneously.

Vessels of the Gods, part 2

Due to genetic engineering by the Goa’uld, a Jaffa’s immune system shuts down at the Age of Prata (puberty). This requires them to host a prim’tah at all times or they will die. A Jaffa whose prim’tah has been removed loses 1 point of Current BODY every 2 hours (11 APs of time) that cannot be recovered unless the Jaffa gets a new prim’tah or begins receiving doses of tretonin.

Tretonin is a drug derived from a special processing of Goa’uld symbiotes. Its benefits are not as potent as carrying a prim’tah. But it still provides Slowed Aging and Systemic Antidote (effective against disease as well as toxins) at 01 AP as well as freeing a Jaffa from prim’tah dependence.

However, tretonin triggers a similar form of dependence even if the user did not suffer that disability before. A tretonin user must take a dose once a week or begin losing 1 point of BODY every three days that cannot be recovered until tretonin doses are resumed. Or, in the case of a Jaffa, a prim’tah is acquired.

50% of Jaffa who previously carried a prim’tah react poorly to tretonin. They not only gain no benefit from the drug but can no longer accept a prim’tah either. The end result is death as the Jaffa in question suffers prim’tah withdrawal. 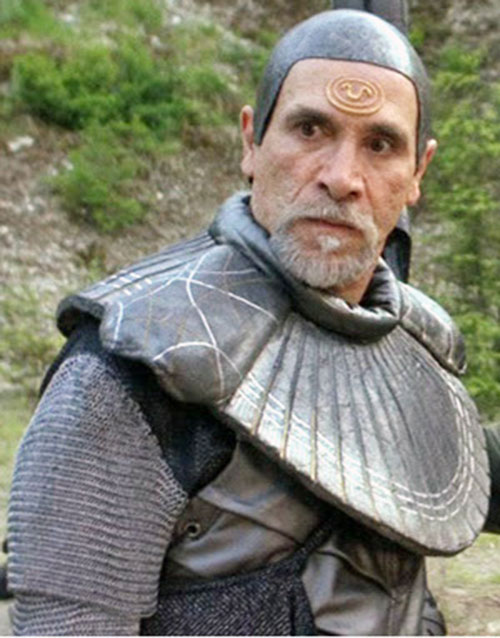 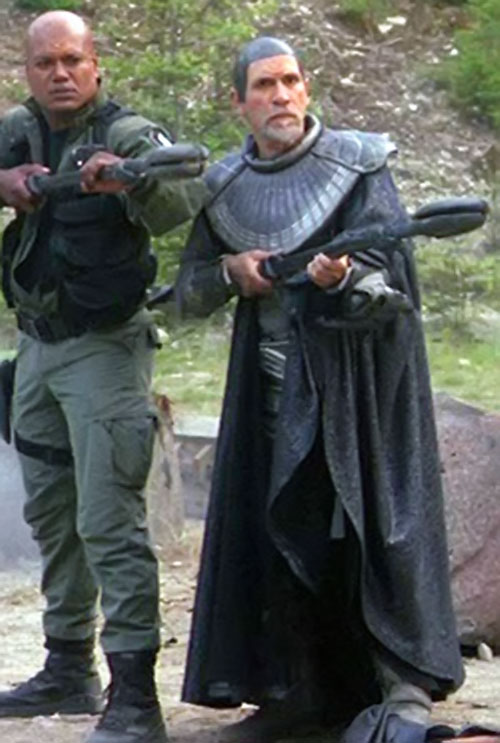 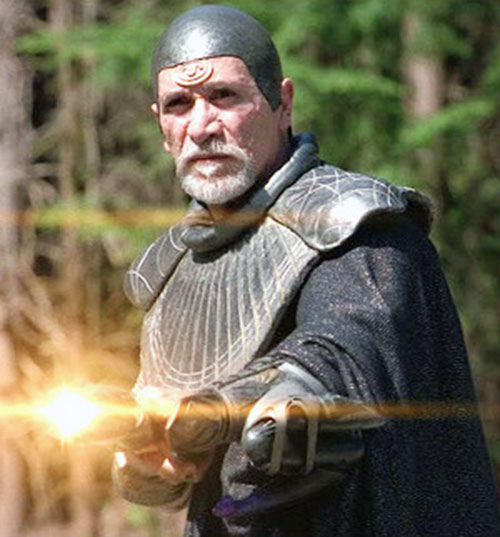 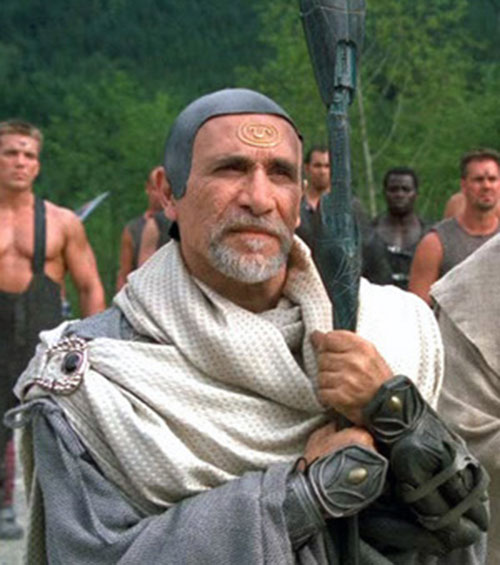