Early in his career, Pillman received an anti-gravity belt from the Hart family. He paid for by his early mercenary earnings.

Later recreational use of an experimental hallucinogen is believed to have driven Pillman insane. The exact cause of the insanity is not certain. The drug is known to have given Pillman the ability to project images into the mind of any person within 20 feet of him.

After developing this power, Pillman began a study of brainwashing and psychological warfare techniques that he would continue until his death.

During his delusions, he would often use his power to force those around him to see what he was seeing.

By the time Pillman’s career ended, he was insane and completely unpredictable. He would rant about his “constitutional rights”, pick fights he couldn’t hope to win, urinate in public, and wrestle with inanimate objects (most notably a 5 foot long plastic prop pencil).

He was also known to carry on conversations with “the camera” and referred to Kevin Sullivan as “Bookerman”. That has absolutely no relevance to Sullivan’s history as a supporting character in this fictional universe. It’s a reference to the real Kevin Sullivan’s role as “booker” of WCW during the end of Pillman’s employment with that company.

Pillman often refers to people as “marks”. This is a carnival term for customers to be swindled.

Brian Pillman was looking at potential NFL stardom as a member of the Cincinnati Bengals  in the 1980s. Alas, a knee injury put him permanently out of football. A call from former Dallas Cowboy  Jim “The Anvil” Neidhart brought Pillman to Calgary. Neidhart introduced him to Bruce and Keith Hart.

The Hart’s recruited Pillman into the Dungeon. Pillman quickly earned his place in one of the most talented groups of students to pass through the facility. This cohort included Hiroshi Hase, Keichi Yamada (Jushin Liger), Chris Benoit, and Owen Hart.

Upon graduation, Pillman received an anti-gravity flight belt (a piece of equipment with which he had excelled in training). He immediately went to work on Dungeon contracts with Bruce Hart under the professional name “Bad Company.” “Flyin’ Brian” and his older teacher worked in both the U.S. and in Canada on contracts for organized crime.

After Hart returned to the Dungeon to teach full time, Pillman began operating alone. He suffered only two defeats during this period. Once at the hands of a young Lex Luger (prior to Luger meeting either Sting or The Four Horsemen) and once at the hands of his fellow Dungeon graduate, Jushin Thunder Liger.

Liger and Pillman fought a lengthy battle over Washington DC, with Liger’s electrical powers lighting up the night sky. The latter created a spectacle that was later compared to the annual Fourth of July fireworks in the U.S. capital.

Liger was victorious in preventing Pillman’s attempted theft of a Japanese sculpture on loan to the Smithsonian . Yet Pillman escaped, and went into hiding.

After roughly a year together, the two found that they were spending too much of their time partying and hanging out and not enough actually earning money. Thus, they went their separate ways, professionally. They did, however, stay in touch.

After keeping a low profile for several months, Pillman was surprised when he was contacted by Arn Anderson of the The Four Horsemen. Impressed by Pillman’s skill and attitude, Anderson offered Pillman a position with the group. Pillman accepted.

Pillman served briefly with the Horsemen following the unsuccessful stint by Curt “Mr. Perfect” Hennig. Pillman, never known for his moderation, overdosed while recreationally using an untested hallucinogen while partying. The drug caused his mind to snap and he went nuts.

He attacked the man with whom he was partying, the 6’8” monster known as Sid. Sid, drunk and confused by the incident, also found himself surprisingly outclassed by Pillman. He looked about for a weapon and resorted to brandishing a car windshield squeegee.

The site of a gigantic, superhumanly strong man like Sid trying to fight him with a squeegee caused Pillman to break down into hysterics. Sid took advantage and attacked Pillman, giving him a concussion and shattering his ankle with a chair. Horsemen Ric Flair and Arn Anderson arrived, fired Pillman and chased him away. Sid was offered Pillman’s position as the Fourth Horsemen.

Pillman, still damaged by the drug but displaying new power as a result of it, took the entire situation very personally. Calling himself the Rogue Horsemen, he waged a psychological war on the Horsemen.

He staged a series of hoaxes meant to tarnish the Horsemen’s professional reputation and, using his new powers, placed a hallucination in the mind of Sid. Sid, believing that his teammate, Anderson, was attacking him, fought back. This time he used a pair of safety scissors.

Both men were hospitalized. The Horsemen disbanded in the wake of a second unstable fourth member and a hospitalized Enforcer. They would remain inactive until Flair, Anderson, and Chris Benoit recruited former Chicago Bear Steve “Mongo” McMichael to serve as the fourth Horseman, roughly a year later.

Pillman never recovered from the drug induced insanity. But he also kept the metahuman powers the drug had spawned. For no particular reason, he carried out vendettas against former Varsity Club leader, Kevin Sullivan (at this point leading another gang called “The Dungeon of Doom”), and Triple Threat leader Shane Douglas.

Finally, the inevitable happened. Pillman’s old friend, Steve Austin (now calling himself “Stone Cold” Steve Austin, and somewhat unstable himself) came looking for Pillman. He was concerned about his friend’s breakdown. Pillman, extremely paranoid (and too strung out to think to use his powers on Austin), pulled a gun on his old friend.

Austin avoided being shot and disarmed Pillman. The two brawled throughout Pillman’s house and Brian broke free and ran off into the night.

Pillman was found in a hotel room, a week later, dead of a heart attack.

“Remember the golden rule. Do onto others, and enjoy it.”

“I’m gonna do what I should have done when I started. I’m gonna piss ALL OVER THIS BUILDING !!!”

Considering Pillman’s role in wrestling in his last two years or so, he might make an interesting “meta-comic” character and so would be suited to a Vertigo existence. He might have spent most of his time insulting the comic readers.

Bonuses and Limitations:
Mental Illusion has a range of 1 AP and can not be used to Multi-Attack.

Prior to his string of ankle injuries, Pillman had the following physical attributes, powers, and skills. 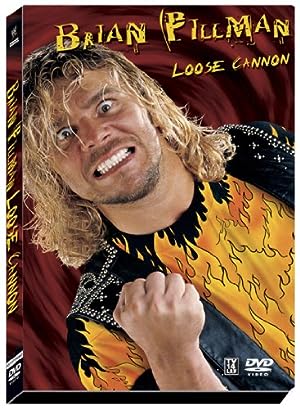 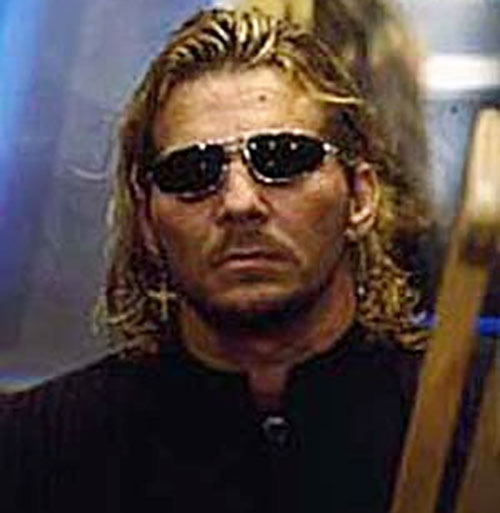 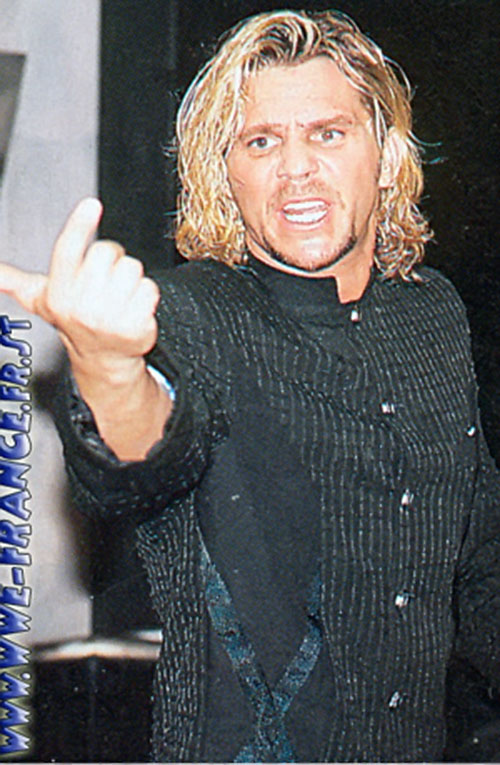