A creature of immense strength and power, Brimstone was capable of generating extraordinary heat and flame. That included the creation of a flaming sword he used to bring down buildings and slay his enemies.

His only weakness was the magnetic fields which gave shape to his fiery form.

The second and third Brimstone had noticeable fewer Hero Points  than the first.

In 1986, Darkseid, the master of the planet Apokolips, decided to destroy all of Earth’s heroic legends. He first ordered his servant DeSaad to project a futuristic techno-seed into the heart of an experimental fusion reactor being tested at the New York facilities of S.T.A.R. Labs.

Instants later, the generator exploded, to release the monstrous flaming giant called Brimstone upon the world.

Believing himself to be the fallen angel of an avenging god, sent to rid the Earth of its false gods and graven idols, Brimstone began a rampage. It ultimately brought him into conflict with such diverse costumed adventurers as :

Brimstone pretty much defeated them all.

Ultimately, Brimstone was discovered to be merely a ball of artificially sentient super-heated hydrogen plasma. He was simply given form by several sophisticated magnetic fields. 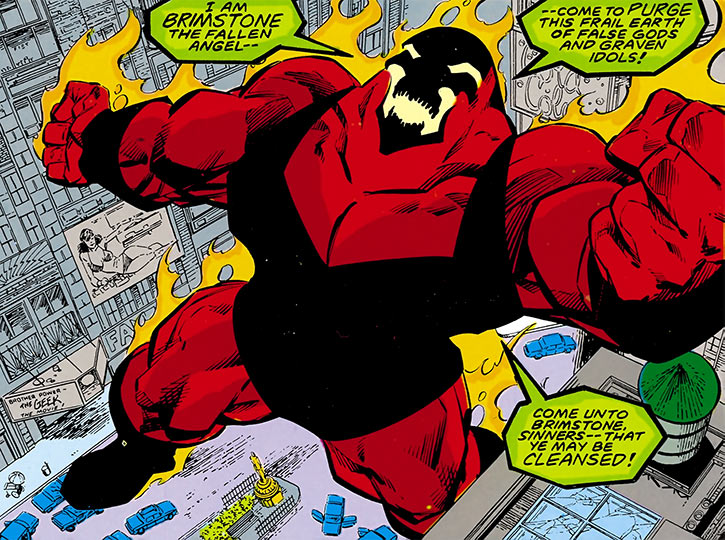 It became the first assignment of the newly reactivated Suicide Squad to track down Brimstone and destroy him. They were issued an experimental laser rifle designed to penetrate Brimstone’s magnetic field and disintegrate the techno-seed at its core.

They found him near Mount Rushmore , where the giant was to destroy the idols carved in the mountain. Brimstone incinerated the man-monster called Blockbuster. However another member of the Squad, the renegade marksman Deadshot, pierced Brimstone’s fiery heart with one carefully placed shot. The behemoth exploded, wailing the name of his unforgiving god.

A third Brimstone was fought by Superboy more recently.

Drawbacks:
Misc: Brimstone’s body is held together by a magnetic field generated by a techno-gizmo inside him called a Techno-Seed [BODY 15, Magnetic control: 25. Lim.: Magnetic control only to hold Brimstone together]. If the seed is somehow shut down or destroyed, Brimstone disperses. 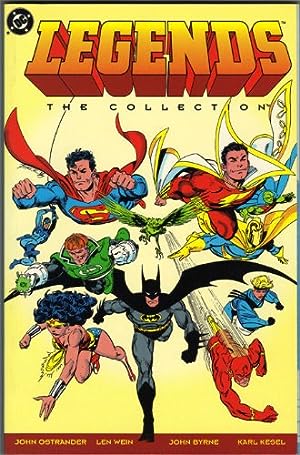