As a result of a demonic deal, Brock possesses superhuman strength and resistance to fatal injury. In combat, his body draws upon supernatural sources to adapt and increase defense to each particular form of attack.

He is quite skilled in grappling and other forms of hand to hand combat.

He hides his impressive acrobatic skills unless hard-pressed to use them. He prefers to power his way through most situations, finishing fighters with a twirling slam he named after the force of a hurricane , the “F5” (a devastating attack upon a grappled opponent).

Brock Lesnar always wanted to be the champion, to be the toughest the world has ever seen. After training all of his young life, Brock managed to become the NCAA wrestling champion.

It wasn’t enough. Brock wanted it all, and he wanted it NOW. He longed and begged, willing to sell his soul for the fame and power that came with being the best in the world. Somewhere, something was listening. Brock suddenly found himself answering a call from the infamous cell (hell?) phone of his new agent, the former Paul E. Dangerously, Paul Heyman.

Paul had an offer… a chance for Brock to prove his supernatural might against all comers as the next big thing, the future World’s Champion, and toughest combatant alive.

Brock is a thick mountain of muscle with military-style crew cut blond hair.

He commonly appears wearing black trunks with a ribbed spinal cord design upon the rear (again alluding to the fact that the tattoo that runs along his spine may be more than it seems). The aforementioned tattoos are often visible, adding to his already intimidating appearance.

A Brock Lesnar vs. Goldberg match to see Lesnar in action.

Brock is overconfident and impatient, never passing up an opportunity to silently mock opponents simply with his sheer presence and sly, arrogant grin.

He is an iconoclast, delighting in defeating and tarnishing the legacies of legendary combatants. Originally a slight bit overwhelmed by the instant fame brought on by his “deal with the devil”, Brock remained pretty quiet. He allowed his newfound agent to speak for him.

Lesnar has since become more vocal and headstrong. He is now reveling in his time at the top, giving little to no thought of the inevitable consequences.

Very little change as Brock began his fighting career in the DC Universe after making a deal and being given powers by Neron. 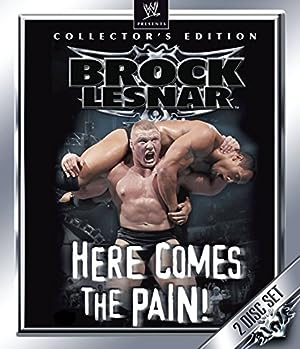 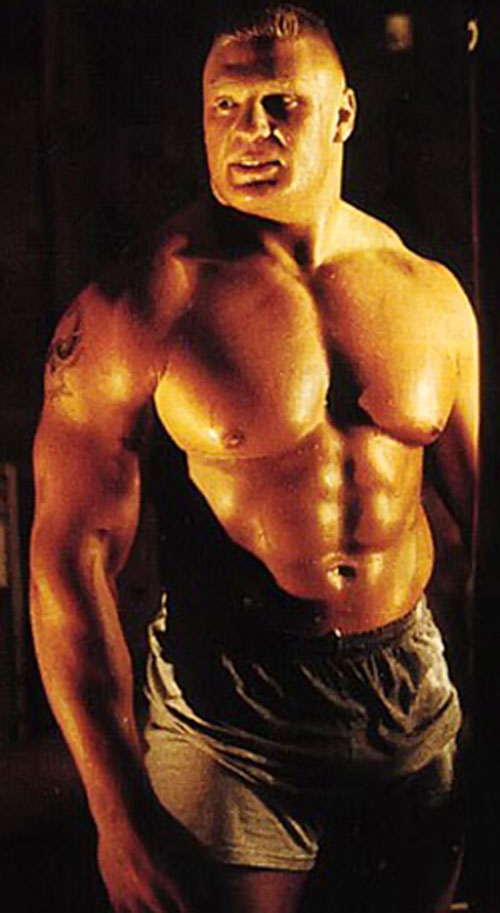 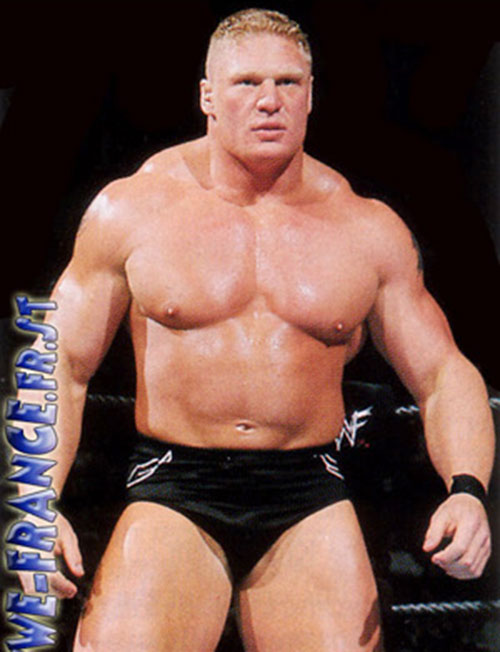 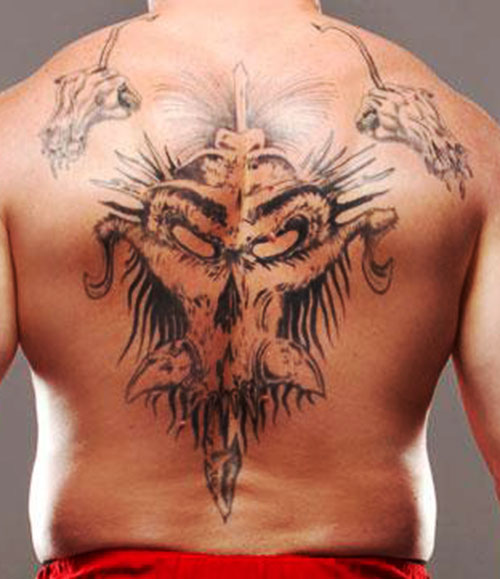