He had a small role in Captain America in 1988, and made an unexpected return 20 years later in Thunderbolts.

Brother Nature can control, well, nature. The soil, the animals, the rocks, the wind, etc..

He can even control lightning, though he will only use it in clear cases of self-defence.

The effects he creates take a while to disperse even if he’s no longer concentrating on them. This allows him to run several effects at once. For instance, against the Thunderbolts he started by rising a large jetstream pushing them back and preventing them from reaching him. Then he started to call down lightning strikes on them. 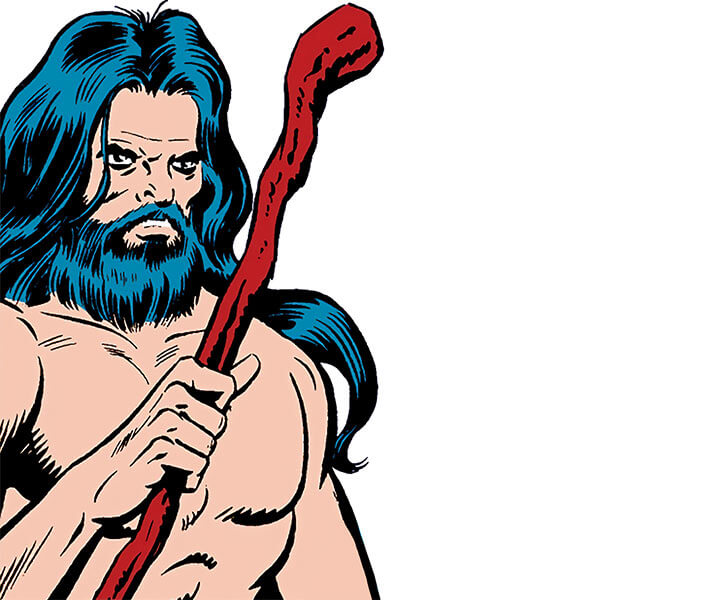 A passionate outdoorsman, the man who would become Brother Nature became a park ranger in the state of Washington. He worked hard for more than three years.

Diering then tried to prevent the sale of ten thousand acres of virgin timberland to disreputable private developers. He funded a lawsuit on his own, to prevent ancient redwoods from being taken down.

But he was laughed out of court.

The ranger was so furious that he waged a one-month eco-terrorist campaign against the developers. But he was caught by the workers, beaten up until he seemed dead, and buried in a ditch via bulldozer.

While he laid below the earth, Diering had a vision of “the goddess of the earth”. She told him he was nature’s guardian warrior, and gave him superhuman powers.

In the Marvel Universe, the role of the earth goddess throughout known pantheons is played by a single entity, Gaia. As far as we know, she does not operate that way.

Therefore, it is likely Brother Nature was a late-blooming mutant who hallucinated. Or perhaps he was contacted by a lesser entity, such as a nature spirit. 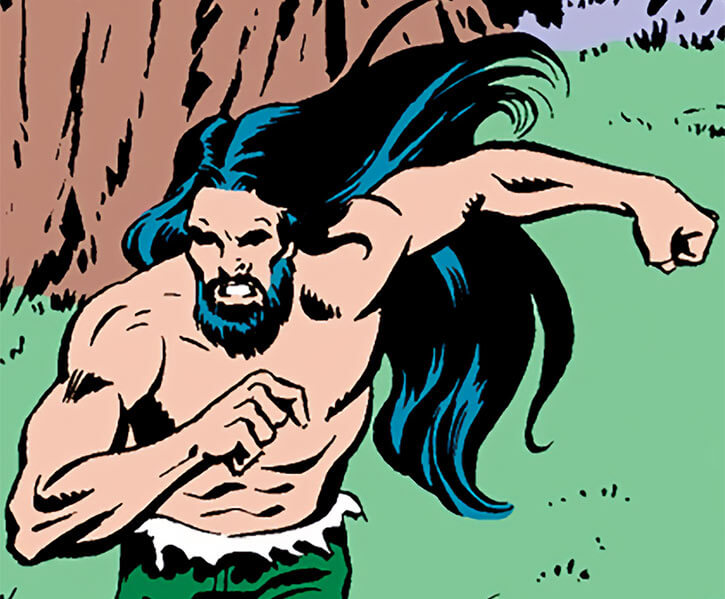 Brother Nature drove the developers out. He then began patrolling an expanding area of forest to prevent it from being despoiled.

This is how he ran into the Captain (Steve Rogers). They got into a fight but Brother Nature could not touch the Captain.

Diering fell into a crevasse of his own making along with his opponent. Cap fixed Brother Nature’s damaged ankle and ribs then helped him out of the crevasse.

Realising that, in fighting the Captain, he had devastated a significant area of forest, Brother Nature left, demoralised.

Brother Nature appeared again in 2008, when the government-managed Thunderbolts (Songbird, Venom, Moonstone, Penance, the Swordsman III, the Radioactive Man) were sent to arrest him as an unregistered superhuman after the Civil War.

They found him to be surprisingly powerful and he managed to hold them off for a while.

Songbird decided to go for psychological tactics instead. She threatened to have the Radioactive Man burn and irradiate vast amounts of old growth forest. Unable to accept such massive and lasting destruction, Brother Nature surrendered.

Brother Nature is not genuinely violent (unless provoked). He just wants to make the forest pristine and virgin again.

He speaks like your stereotypical tree-hugging hippy, with v1960s pop culture references. Such as calling the Captain “Easy Rider”, since he was on a road trip on a Harley and wearing a US flag helmet.

He’s understandably bitter over the decades of derision about his work to prevent the devastation of the planet we live on.

When he clashed Captain America, Brother Nature clearly had no experience with superhuman combat. He was trying half-random things and lacked strategy and control. However, when it came to fighting the Thunderbolts, he seemed much more collected and experienced.

“Anyway, I’m glad you’re okay. I didn’t mean to hurt anyone. I just wanna save the trees. Now if I were you, I’d get on that fossil-burning pollutant machine of yours and split, dig ?”

“So you’re gonna play good citizen and take me in, is that it ? Forget it, dude ! The laws of men don’t apply to me anymore ! I serve higher laws ! The laws of nature !”

“Do yourself a favor, man, and go away ! I’m not into violence, but nature is full of fury ’cause of what men do to her !”

“Stop ! This is an old-growth forest ! You’re destroying life that’s been here for centuries !” 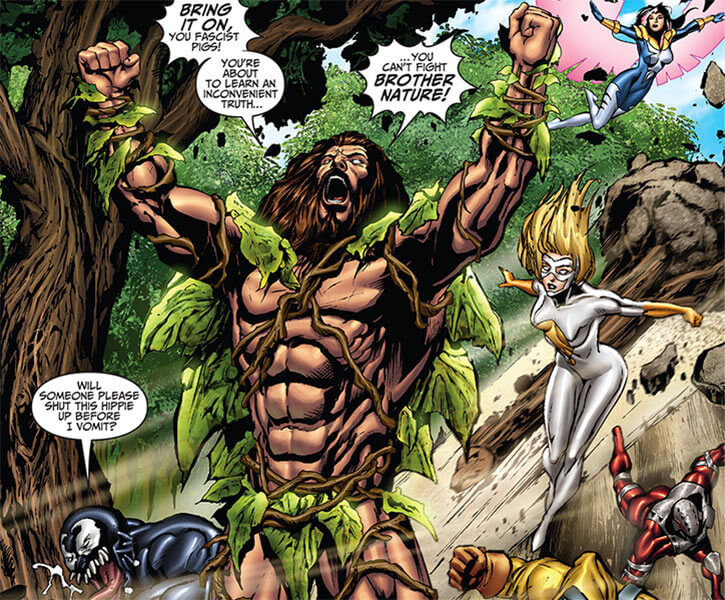 Brother Nature could have been chosen as one of their “new men” by the Guardians during the Millennium. But he was probably killed by the Manhunters, leaving the Guardians with no other option but to use the Floronic Man.

Our New Powers document has additional material for Air Control. It’s useful of you want him to pull the same defensive tactic he successfully used against the Thunderbolts.

Water Control and Weather Control are likely but not clearly demonstrated. 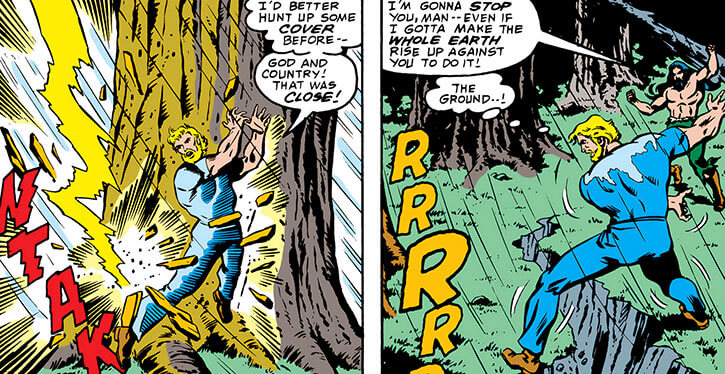 I’ve kept the Summon effect short, GR-style, because diving in would a/ result in lots of verbiage that b/ could easily be wrong since we only see him use that power a handful of times and c/ today’s migraine is pretty bad.

But he can sometimes summon more Minions if they are social animals with a lower point budgets (e.g., a dozen bucks). And sometimes he can only get a less powerful Minion (e.g., an owl rather than a bear) because it’s what was the nearest.

The Enhanced Advantages feels right (especially in an Array), and are things that help explain what happens on-page, but they are still somewhat speculative.

He’s curiously low PL, since if you can get past his fairly impressive Power he’s a sitting wild duck.