This profile includes quick information about the real-world Bruce Lee, for context. But its core are stats for a typical movie protagonist played by Bruce Lee.

Said stats are largely based on Champions stats by Surbrook , to study conversion heuristics . Nowadays we’d do something completely different (pick one movie and do a primary source -based profile), but given Mr. Lee’s rank in martial arts fiction this profile remains quite useful.

Mr. Lee was a martial artist, perhaps the best in the world in the early 1970s. He’s the man who invented and mastered Jeet Kune Do , although in the movies he employed a more spectacular, ample style (including flying kicks and the like).

Bruce doesn’t have any really unusual martial arts “powers”. His screen characters were rather mundane in that regard (no flying around on wires for Bruce). Everything he did on screen he did himself, with no gadgets to aid him (or so he said).

In DC Heroes RPG terms, his all-important Martial Artist score is hard to pin down. What he did in movies could be modelled with a Martial Artist: 08. But since everyone expects him to be able to match or overcome any other martial artist, I left him with a way to reach Martial Artist: 10 for climatic fights against experts.

If wounded (blood is drawn) Bruce will usually pause, brush his fingers against the wound, taste the blood and wig out, pounding his attacker into the ground (Power Reserve). Usually the pause and wig out part is an Intimidation attempt.

Bruce Lee was born Lee Jun Fan in San Francisco, Chinatown on November 27, 1940. He returned to Hong Kong at the age of three months. It was there, at the age of 13, that he received his only formal instruction in the martial arts; 5 years of training in Wing Chun Kung Fu  by Master Yip Man.

At the age of 18, Bruce returned to America, attending school in Seattle. It was here that he began to teach others the martial arts. Eventually, Bruce married Linda Emery, and moved to Oakland, where he opened his first official school.

It was during this time that Bruce began to feel trapped by the limitations of Wing Chun. Thus he began to develop his own style, called Jeet Kune Do, aka “the way of the intercepting fist”. Eventually, Bruce decided that one could not teach Jeet Kune Do in any form of regimented manner, and began to focus on the film industry.

After making a series of highly successful movies, Bruce Lee died suddenly on July 20, 1973, at the age of 33. He did not live to see the premiere of what is possibly the most popular martial arts movie ever made: Enter the Dragon. Lee is buried in Seattle, Washington.

Bruce only made five major movies in his far too short career. They are :

Bruce wasn’t very tall, standing about 5’ 5” or so. He worked out constantly, and by the time of Enter the Dragon had a very muscular, well defined build. Bruce kept his hair shoulder length, and dressed in either traditional or Western dress, depending on the situation.

As with almost all movie action heroes, Bruce suffers from an over developed case of vengeance. In Enter the Dragon, he is driven to destroy the evil Dr. Han due to Han’s indirect involvement in the death of Bruce’s sister.

Bruce is also a bit of a show off, pausing to intimidate his opponents with an impressive flexing of his muscles, or a demonstration of his prowess of with the nunchaku or something similar. He’s also shown a tendency to make a fool out of a foe, such as the incident with Parker on the boat in Enter the Dragon, or his fight with Bob Wall in the same movie.

“I practice the art of fighting without fighting.”

Unlike the Marvel universe and most martial arts video games, the DCU lacks a clear Bruce Lee analog (unless you count Richard Dragon, who is IMHO more of a Kwai Chang Caine parallel). He might have appeared as a “guest star” in the adventures of late 60’s adventurers, such as Cave Carson, the Secret Six or the Suicide Squad.

His character from Enter the Dragon would be the closest to what he was in the DCU. His death probably the result of poisoning due to a long fight against Kobra’s forces.

By Surbrook , DCH adaptation and various additions by Sébastien Andrivet. 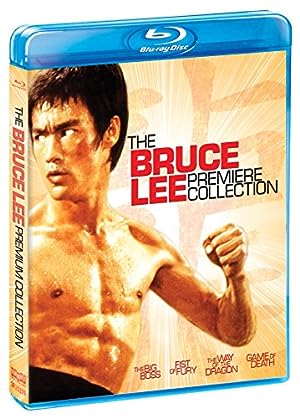 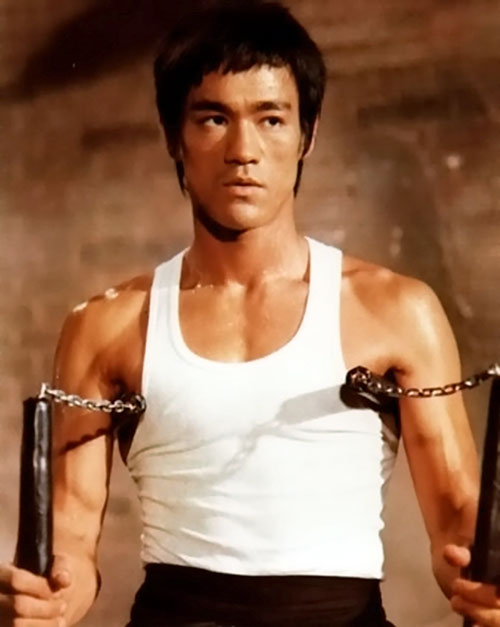 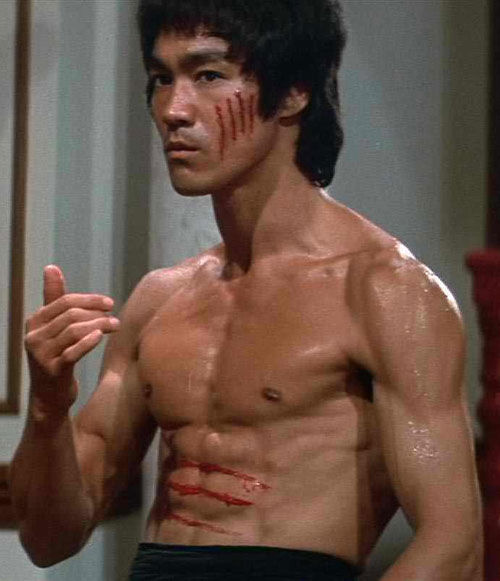