Brute has superhuman bulk and strength. Thus, he could engage a weakened Wonder Woman in hand-to-hand combat.

His intelligence and initiative seemed abysmal, and he never really spoke. His colleague Meanstreak just gives him simple orders — usually to hit something — and he sticks with her.

Unlike the rest of the merry band, Brute keeps his Hero Points  for LDD and perhaps an occasional RV increase. Thus, against powerful opponents such as Wonder Woman, he’s more tenacious than efficient.

See the Cadre entry for context about the New Extremists. Brute likely is a space alien, perhaps from Almerac. 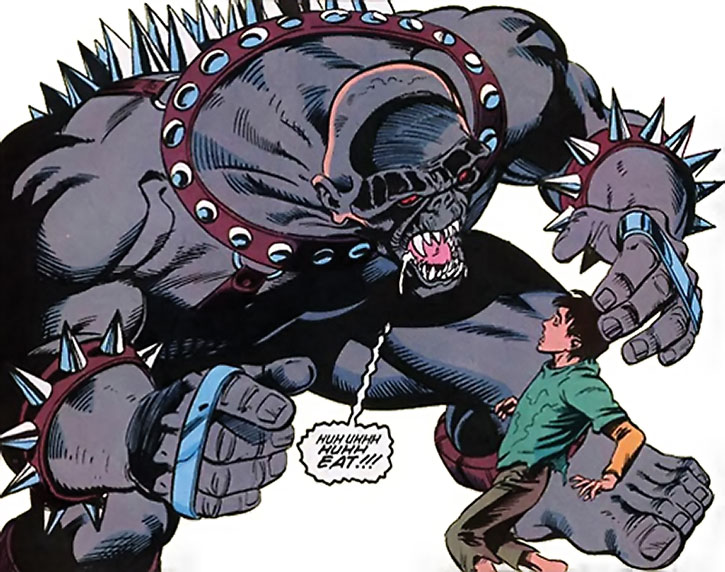 An unwavering brute and killer, Brute seems to have a near-animalistic mind. He apparently eats people.

On the uncapped scale, Brute’s Strength is a 16. This raises his Attack/Effect PL to 13, but you can drop the Lifting Only Strength in his Powers. 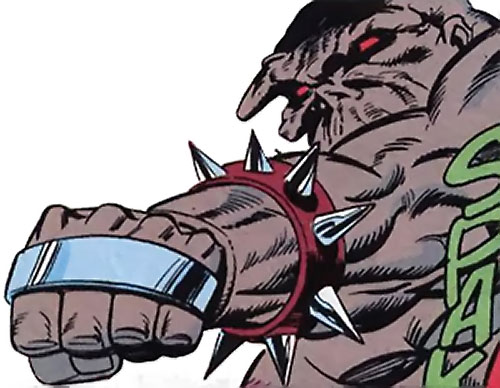