There are many characters going by “Brute”. This one appeared in 1987 in Marvel’s Power Pack for… oh, a few minutes.

To be frank, I have no idea why I wrote this guy up.

Brute is superhumanly strong. He could easily bend a steel I-beam to use it as a wrestling aid. And he was durable enough to survive numerous blows from the Garbageman without apparent lasting harm.

Brute used to be a member of Trash. This is a group of young superhuman mutants who were coerced into serving as henchmen of the Garbageman, a narcotics pusher.

When the Garbageman asked Trash to inject the defeated Power Pack with a fatal dose of crack cocaine, Brute absolutely refused to harm young Katie Power. He even got into a brawl with the much bigger Garbageman. His companions stuck with him and rebelled, freeing the Power Pack.

Although most of the Trash members later became mercenaries, Brute (possibly along with Airhead) left the group. His current whereabouts are unrevealed.

Brute is not a bad kid, but he’s really slow and really dim.

Since he’s usually unable to find the right words (or doesn’t know them) even in very simple situations, he has a placeholder phrase. He goes “Uh, yeah” – just so he can say something.

Occasionally he will just repeat a bit of an order he was given to show he understood. When he’s stressed and agitated he will speak more since he feels less self-conscious.

He seems willing to kill. Yet one gets the impression that this is because he doesn’t entirely grasp the act. Since he obviously feels bad when people get hurt.

His favourite tactic seems to pick up and throw/slam heavy objects on his opponents. Occasionally, he will pick the wrong thing before he realizes it wasn’t so smart. Such as ripping off a stove to use as a projectile, thus having gas seep out of the ripped pipe and explode.

Brute seems quite protective of his friends, and will not hesitate to fight to defend them. He’s also protective of small children.

Drawbacks:
Creepy Appearance, Age (Young), Misc.: Brute is mentally slow, and only uses half his Action Attributes APs, rounded down, toward his initiative, Misc.: Brute must eat as much as about three ordinary people. 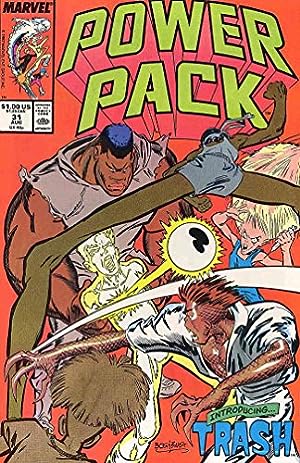