There were two things that made Brutha special among its people.

The hard tests he had to pass through the novel Small Gods also turned him into a prophet. Both in the sense of a speaker of the will of his god, and in the sense of a person who understands the inner workings of the human soul.

Brutha was a novice at the Omnian citadel when his god Om, trapped in the body of a turtle, contacted him.

Trying to help Om, and under command of the Exquisitor Vorbis (Discworld’s own Torquemada), Brutha and the turtle travelled to Ephebia. This was a nation of philosophers, with a large pantheon of gods that Vorbis hated specially. There, the Exquisitor used Brutha’s perfect memory to cross (with a secret army) the palace’s deadly labyrinth and take over.

Brutha, Om and a pair of philosophers had to flee the place when they tried to save the Ephebian Great Library from the flames of the Quisition. These thought that the “truth” that the world is round and it orbits the sun was much more appealing than the “lie” that it’s flat and stands over four elephants carried by a big turtle.

After memorising a couple dozens books (and starting to suffer from overload), Brutha and his pack fled on a steam boat. But they were pursued by the Vorbis navy, then a storm dispersed them. Brutha and Om ended stranded on a beach behind the desert together with a wounded and stunned Vorbis.

Ignoring Om’s orders to kill Vorbis, Brutha saved the Exquisitor. He then took him along during his crossing of the desert.

One day, Vorbis recovered and attacked Brutha, leaving Om in the desert. While the turtle went slowly but desperately after his only Marvel fan… I mean True Believer , Vorbis took Brutha to the nearby Citadel.

The locals claimed he was the Eight Prophet, made him the Cenobiarch (Pope) and waited for Brutha to tell the truth of everything happened at Ephebia. They also made him a bishop, so he could sacrifice him when he rebelled.

The end of the story is not to be spoiled here. But let’s just say that Vorbis died, Om recovered his godly might and Brutha turned to be the real eighth prophet of the new Cenobiarch of Omnia. One that searched exchange with the neighboring nations and who gave freedom of thought and cult to their people.

Tall, big and with a perplexed faced. Wears a robe.

Brutha knows how to listen to others. That is something that some people are thankful for, but that disturbs many others.

Before the events in Small Gods he was quite afraid of most everything. Therefore, he tried to live as humble a life a he could.

After becoming into Om’s prophet he gained in confidence, his faith fully manifesting. He could even ignore Om’s will when it was against morality and ethics. Brutha reclaims a religion of men, not gods.

Brutha (after the events in Small Gods)

Bonuses and Limitations:
Accuracy, Detective, Gadgetry and Scientist are Contingent Upon Recall (-1 each).

Brutha (before his journey to Ephebia)

Bonuses and Limitations:
Accuracy and Detective both are Contingent on Recall (-1 each). 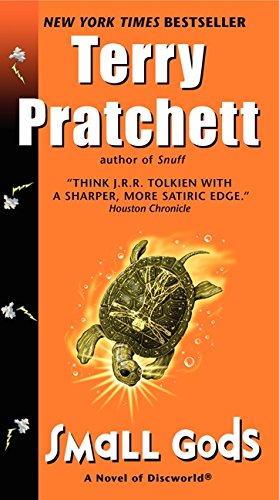 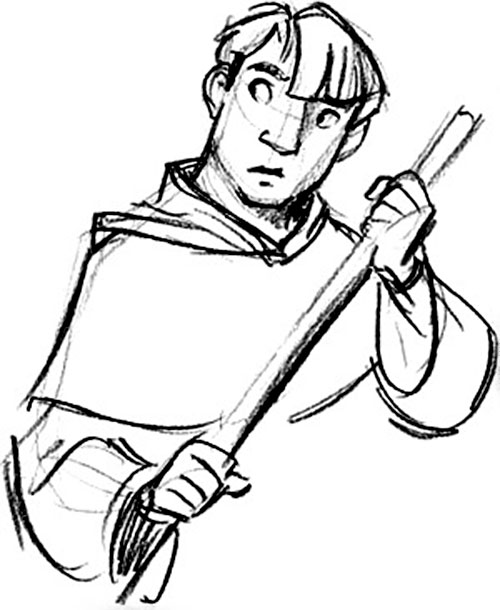 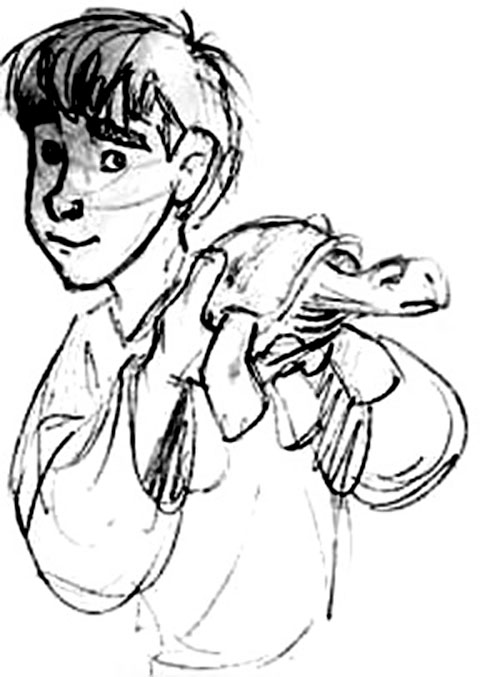