Brutus is a Seedling . His mutation includes great size and enormous superhuman strength. He can use cars as deadly projectiles, or win fights against Fuji of Stormwatch. He even managed to keep fighting after taking a punch from Mister Majestic, though he was stunned for a while.

Brutus is surprisingly stealthy. His preferred tactic is to sneak up on people and to hammer them from behind while they are distracted by his team-mates.

He’s also trained with firearms. Therefore, team leader Deathtrap will give him a gun if the tactic is to engage at a range. 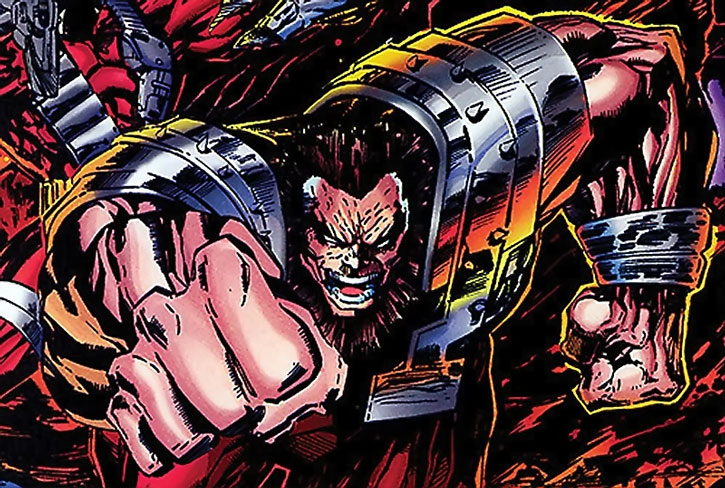 Brutus’s hand was once practically burned off by Flashpoint. Yet he was back in action without hindrance within at most hours. By Brutus’s next appearance, his hand looked fine. While it presumably was a continuity mistake, we’ve assumed minor regenerative abilities. These allow him to regrow the carbonised flesh and ignore the pain.

After all it was the 1990s at Image, and everybody had a healing factor . Brutus also once fully recovered from a fall from a skyscraper, giving some weak credence to the healing factor hypothesis.

Brutus is a member of the MERCs. He participated in nearly all of their missions. He survived the Armageddon along with Hellslayer and Razer. 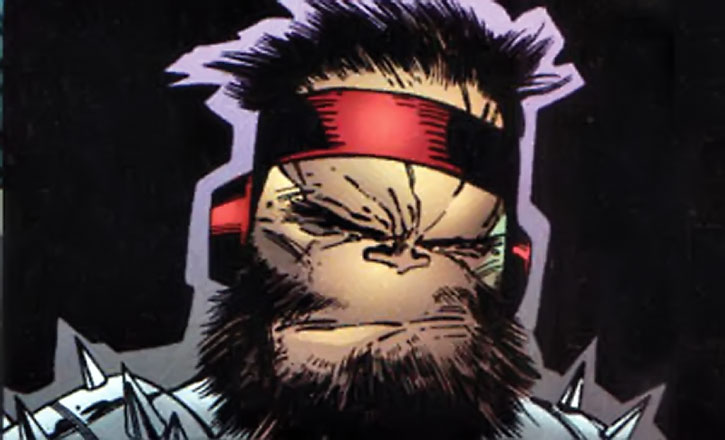 Secondary sources  have described him as a thug, a killer and a career criminal. He reportedly possessed a talent for fighting — and presumably great strength — even before he was activated.

He was noticed by Kaizen Gamorra during a bar fight on Gamorra Island. The tyrant thus had him tested. Seedling tests came back positive, and Parker was activated by Gamorra’s staff. He toiled for Gamorra, then worked freelance, then joined the MERCs.

See the Deathtrap and Razer profiles for a some more data about known MERCs missions.

Brutus has somewhat Neanderthalian face features, with thick hair and thick beard. But his features vary from artist to artist.

He wears a metallic chest plate with spikes on the shoulders. 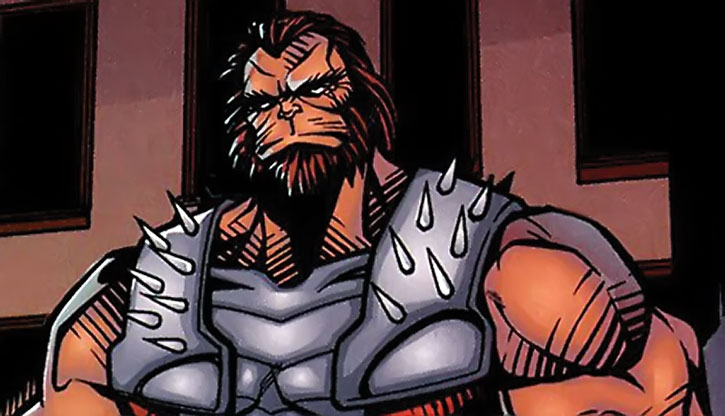 A loyal bruiser and a bit of a pub brawler. Razer seemed to consider him as less smart and professional than the other (save Kilgore). Yet no such inferiority was apparent for readers. Perhaps Brutus drinks too much (he was often seen in bars) and that causes occasional security problems.

Like the other MERCs, Brutus has no problems working for demonic space aliens or very evil Fu Manchu types.

“You gave me your best and I’m back from it. Now, you’re going down.”

“Yeah, we’ve been waitin’ for ya, Stormwatch.” 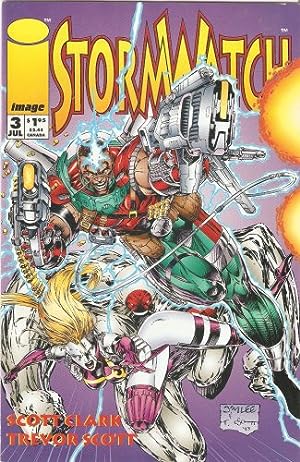 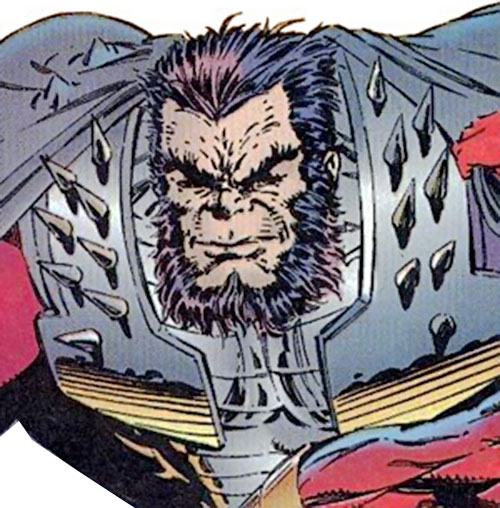 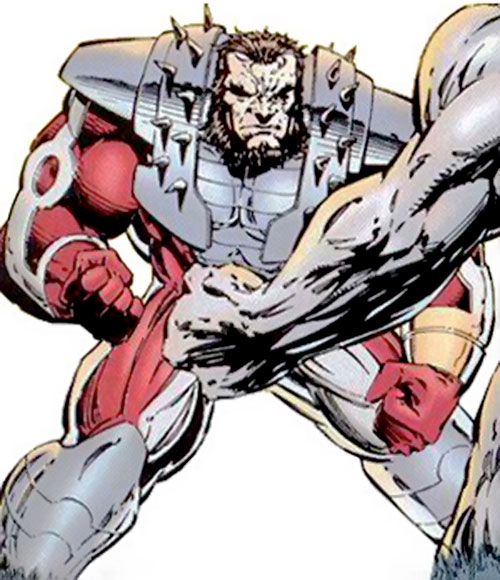 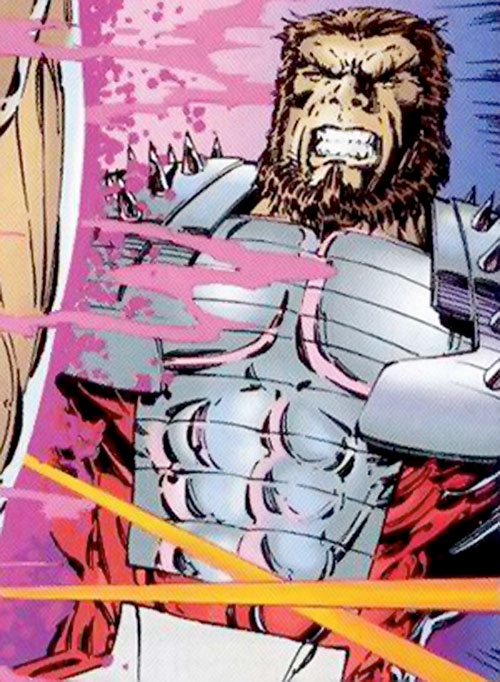 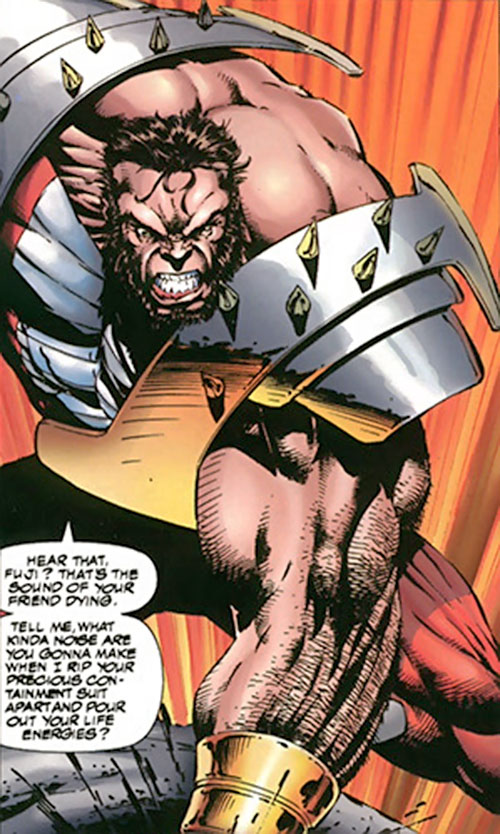