Bruut is superhumanly strong and durable. He can be hurt by massed small arms fire or a highly competent martial artist. In such cases, he will visibly be in pain and there will be small, superficial wounds. However, actually taking him down is quite difficult.

Bruut also uses his immense strength to make superhuman jumps and to be a good brawler.

Bruut used to be a janitor and handyman at the Port Anthony Bus Terminal. He tried to leverage his imposing physique to become a wrestler, but couldn’t control himself in the ring. Hopkins injured a half-dozen persons during his brief wrestling career. He was blacklisted throughout the entire state.

A Theta virus infectee, Hopkins was one of two persons saved and given powers by Malcolm Kort’s team using research stolen from Dr. Deming. Taking the name Bruut he worked as an enforcer for Kort, to fetch more infectees. Hopkins was often paired with Bloodbath, though Bloodbath felt no loyalty whatsoever toward the dim Bruut.

Bruut was present during Ghoul’s suicidal raid on Malcolm Kort. He was dropped several floor down before the explosion that destroyed Visionary Productions happened. He’s presumably still alive.

The writer listed Bruut at 350 lbs.. The value in the Background block is instead based on the art.

Bruut has a diminished mental development, with an IQ somewhere in the low 80s. He has a small vocabulary with simple words, and makes basic sentences. In his normal state he seems timid, even childlike.

When he enters a rage, however, it’s a murderous tantrum where he completely loses it. It lasts until he’s so tired he needs to sleep.

Bonuses and Limitations:
Density Increase is Always On and Already Factored In (-1). 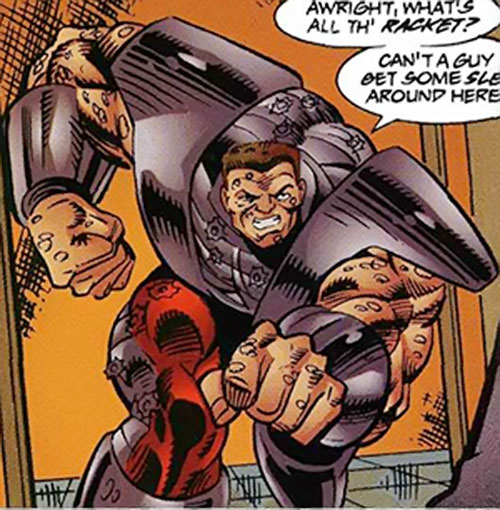 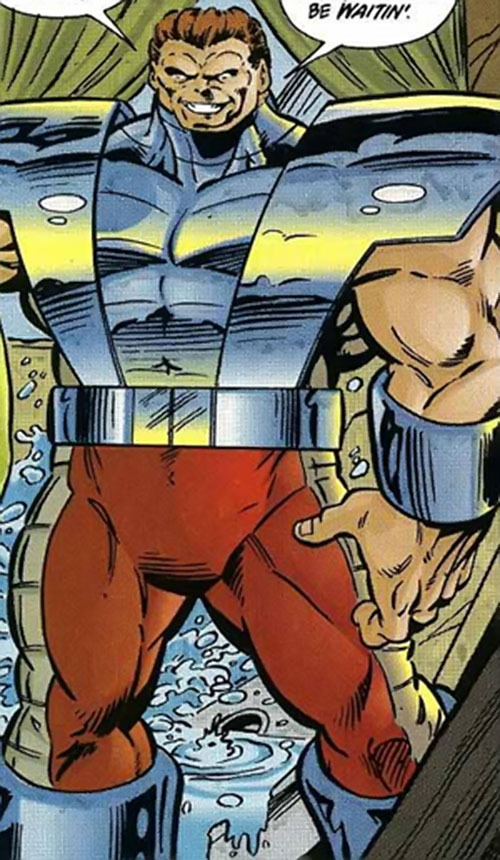