The Adventures of Buckaroo Banzai Across the 8th Dimension! (now that’s what I call a title) was a 1984 comic-book-like movie, back when that was a rarity. Actually, “comic-book-like” might be underselling it, since it was a way stranger movie than most modern comic-style flicks.

Buckaroo Banzai (for short) deservedly became a cult movie among 1980s geeks, and remains fondly remembered. The dialogue and plot are… distinctive, and it has its own unique blend of being serious and well-crafted whilst taking place in a world that only superficially resemble our reality.

These are very old notes, largely done from memory during the 1990s. Such a geek classic had to be written up early on during writeups.org’s existence, after all.

True buckaroos against the void

The etymology of the word “buckaroo” is an intriguing one. The stock explanation has long been that it was a butchering of vaquero (“cowboy” in Spanish).

But it seems increasingly likely that it comes from the mish-mash of Western African languages used by slaves in early plantations. This pidgin is usually called “Gullah” or “Geechie”. In Gullah, “buckaroo” means “White man”. Which, in a chattel slavery context, makes Buckaroo Banzai significantly less cool yeah.

Although he’s extensively trained in kenjutsu, karate and gunfighting, Buckaroo’s greatest weapon is his mind. He is a scientific genius and is qualified as a brain surgeon, race car driver, musician, physicist (carrying on his parents’s research) and engineer.

Mr. Banzai worked on a number of experimental devices such as the Oscillation Overthruster. The Overthruster allowed him to drive a truck through a mountain… by pushing the truck into the Eighth Dimension !

Buckaroo Banzai has travelled extensively. He is particularly well versed with the cultures of the Orient. He is a well-balanced person emotionally, and resists torture quite well. Buckaroo can also draw upon the vast resources of his base, “World Watch One”. These include numerous labs, vehicles and a mobile bus/base/home.

Friends of the cool

He’s also the head of the Banzai Institute, an independent, non-profit, research organization of ranking scientists.

Buckaroo has a number of allies to aid him in his adventures. These are the Hong Kong Cavaliers — Billy Travers, New Jersey, Pecos, Perfect Tommy, Rawhide and Reno. The Cavaliers seem to be specialists of some sort or another (such as vehicle technician, computer hacker, medic, etc), as well as musicians and bodyguards.

Finally, he can call upon the services of his Blue Blaze Irregulars. This is a national (possibly international) group of fans who can be counted on to help him out as best they can.

A HD version of the trailer.

Buckaroo Banzai is a mysterious man. He sprang from nowhere in order to defend the Earth from any kind of threat. He’s a self-made man, who amassed knowledge in numerous universities and institutes of technology  across the world. His skills and charisma allowed him to build several competent teams of agent, and to constitute a fortune supplementing the money he made with his patent.

This puts impressive means at his disposal. He has access to practically every database in the world. He knows everything about the strangest cases that have occurred in the last 30 years, and has personally derailed many a threat against the world or parts of it.

Banzai was born in 1950 in London. His parents were killed when he was five in a jetcar test flight, a death that was apparently engineered by the villain known as Hanoi Xan.

He spent nine years in Denver, where he learned many cowboy skills. From there he went on to college, including Merton College Oxford  and Columbia P&S . While at Merton, he proposed to Peggy Simpson (who was killed at a later date). Later on, at 22, he founded the Banzai Institute.

Buckaroo Banzai’s best known case occurred when he, the Cavaliers, and Professor Hikita perfected the Oscillation Overthruster. This is a device that allows travel through solid matter by using the eighth dimension. However, Professor Hikita’s original partner, the brilliant Dr. Emilio Lizardo, had been possessed by Lord John Whorfin.

Whorfin is the psychopathic leader of the Red Lectroids from Planet 10. As you may know, those were the tyrants ruling over Planet 10 until they were banished to the Eight Dimension by John Endal and the Black Lectroids.

Buckaroo and the Hong Kong Cavaliers, blackmailed by Endal who threatened to start a nuclear war on Earth, managed to stop Lord Whorfin from stealing the Oscillation Overthruster. They then freed the rest of his followers from the Eight Dimension and returned them to their planet – to once again conquer the Black Lectroids with the help of Terran weapons.

All in a day’s work for Buckaroo Banzai !

Buckaroo is of average height and weight, with black hair and a piercing, intense gaze. He is physically fit, and works out regularly, but isn’t exceptionally muscled. Buckaroo dresses in casual, albeit very 1980s, clothing.

Buckaroo Banzai is the perfect hero, a modern Doc Savage. He’s incredibly driven and adaptable, and can fearlessly turn any situation to his advantage. He’s extremely intelligent, courageous and charismatic, and it’s nearly impossible not to like him.

Stable and disciplined, Banzai is an ascetic, and denies himself physical comfort and pleasure (in the novelization of the movie his quarters are described as “Spartan”). On the other hand, Buckaroo is driven to find and hunt down Hanoi Xan, the man who killed his parents and wife to be.

“Just remember — no matter where you go, there you are.”

“I speak Spanish to God, French to women, English to men, and Japanese to my horse.”

“Nothing is ever what it seems but everything is exactly what it is.”

“There are times when verbal ingenuity is not enough.”

“Nobody is nobody. Everyone has something to offer.”

The ending credits of the movie show the, hmm, peculiar sense of style it possessed.

That Buckaroo Banzai is Patricia’s Savage son is obvious to some, and by “some” I mean me. That would give him the following relatives : Patricia Savage (mother), Alexander Savage (grandfather), Clark Savage Sr. (uncle), Clark “Doc” Savage Jr. (cousin).

Pre-release rumours had it that Big Trouble in Little China was supposed to be closely related to the Buckaroo Banzai universe. While it wasn’t, Jack Burton would have made a great roadie to the Hong Kong Cavaliers.

Everything below was back-upped from the since-defunct http://www.slip.net/~figment/bb/q21.html in case it went offline. Which it did. But as it turns out it resurfaced on Figmentfly.com .

(Following are notes from Mrs. Johnson which were distributed with the original Buckaroo Banzai press kit ; included here with additions and corrections by ye humble editor Chris. Additions are marked by *WW1*)

“One last serving of information, not about Buckaroo but about the men around him. Since it’s true that you can tell an awful lot about people from the company they keep, I’m including a few brief, sketchy biographies of some of the current Hong King Cavaliers, gathered from the usual sources. Although these men lack the distinction of rank in the military sense, there is a discernible infrastructure to the group, and the chain of command is probably the following:

Real name unknown, of Western United States origin, straight as an arrow, owns no more than he can carry on his horse. Has known Buckaroo longer than any of the others. Believed to have a piece of bottom land in Wyoming, possible dependents, several brothers, one of whom may once have operated on the other side of the law, holds several advanced degrees in psychology, anthropology and entomology that belie his easygoing Zen-like manner. Interests : the human mind, the piano, all life-forms and cultures. Own once-stated belief: “the study of crime is the study of mankind in its truest form.”

(*WW1* Fancies a BBI intern named Big Norse, a blue-eyed, blonde on a fellowship studying experimental physics. A whiz at math, she has trouble with music. In the novel, it is Big Norse who first discovers the existence of the Lectroids in space following Team Banzai.)

His features are regular and pleasing, and his tiny black mustache (since shaved off) gives him the appearance of a modest bank clerk or accountant, but the eyes strike a jarring discord, their gaze always producing that sudden tightening of the spinal nerves which the unexpected appearance of a deadly reptile causes.” The same report adds, “he has three speeds ; gun, knife and rope.” Has postulated the existence of a new layer of atmosphere between the troposphere and the stratosphere, calling it the flatusphere, an accumulation of methane gas derived from the world’s constant farting and politicians’ bullshit. Intensely loyal to Buckaroo. Has played the saxophone since childhood.

(*WW1* Reno was a member of a government “think tank” when he submitted his application to the Banzai Institute. In the adventure “Bastardy Proves A Spur”, Reno and Pecos declare their love for each other and promise to marry. The Flatusphere was in actuality proposed by Perfect Tommy, as reported in the Novel, on page 134.)

Real name unknown, believed to have met Buckaroo at Phillips Exeter , but may be only self-taught with a grade-school education acquired in the South. Young, handsome, of good family. Vain, pleasure-loving, heartless, sordid, callous and sentimental, he can be brave to excess or cringingly cowardly. An enigma. A chameleon. Changes his mind as fast as he changes his hair color. A product of broken dreams. Told Buckaroo upon his induction to the Hong Kong Cavaliers, “I’m Perfect Tommy. Find me.”

Nicknamed by Buckaroo “Knight of the Lesser Boulevards.” Accepted to a special program at MIT where he could have coordinated material testing in cryogenic propellants to determine compatibility of various chemical gasses and fluids associated with rocket propulsion and laser systems, but a woman and a scandal forced him to leave Cambridge for a time. Went to Egypt and there taught himself the rhythm guitar ; was involved in an opium bust for which he received a prison term ; escaped and (posing as a Belgian) joined the Foreign Legion .

Served in Africa and survived, a better man for it. It was his design for the Jet Car’s suspension that convinced Buckaroo that the promise of the Oscillation Overthruster might at last be realized.

Real name unknown, believed to be Kim or Yee. Oriental, born in San Francisco. Ran with the “Love Jones,” a Chinese gang, although she herself thought to be a Korean. Recipient of a Buckaroo Banzai Minority Scholarship. Percussionist. Following graduation from the University of Washington, she joined the Cavaliers after the deaths of the Swede and the Seminole Kid, the latter whom was with Pecos and the Argentine on the Calypso during the events of the Movie/Novel.

Real name Sidney Zweibel, medical colleague of Buckaroo’s from Columbia’s College of Physicians and Surgeons. Son of hard-working bourgeoisie, he has all the tools but lacks the inner confidence to be a great surgeon. Plays a mean piano but needs to test himself physically to learn what he’s really made of.
(*WW1* At Columbia P&S, New Jersey and B. Banzai shared Thornburg’s histology and an enzymology class.)

Banzai’s girlfriend, and a dead ringer for his deceased wife. Most fans believe the two were twins, separated at birth.

Source of Character: The Adventures of Buckaroo Banzai Across the 8th Dimension (movie). 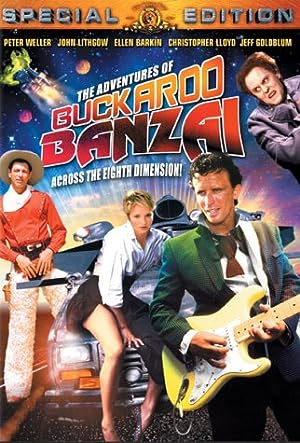 The Adventures of Buckaroo Banzai 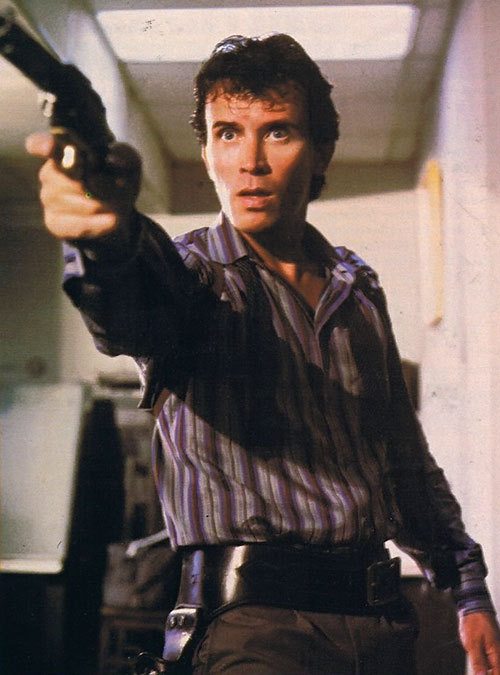 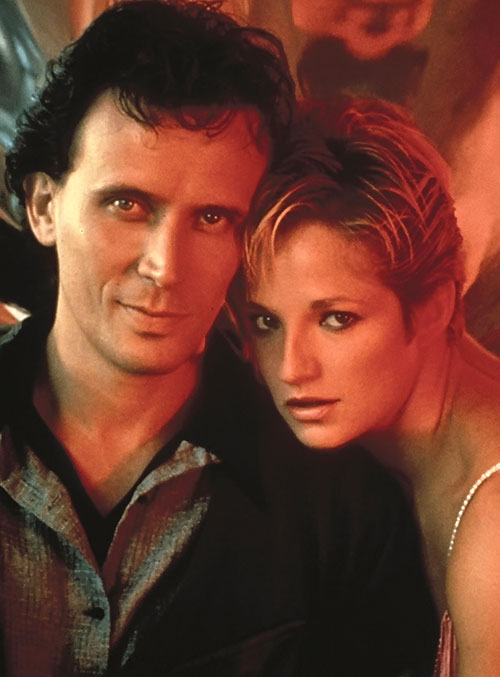