Bucky has been injected with the Super-Soldier serum. However, he did not have his condition stabilized by the so-called “vita-rays”. His strength is thus superhuman for a teenager of his stature, and I would assume that his endurance follows suit.

Bucky’s strength and the training he received from “Captain America” make him an excellent acrobat.

In 1972, a disgruntled government employee read about Nixon’s visit in China . He concluded from this that the US were weak and would soon fail under the sway of the Reds. In his opinion what was needed was a real man who knew about all the evils of Communism, like Captain America.

He unfroze “Cap” and “Bucky”. He then gave them a peculiar account of the 1960s, which he saw as the triumph of Anarchism and Communism. He also mentioned that a man called Captain America was active, but didn’t fight against hippies and assorted uppity African-Americans and feminists.

Still in the grip of aggressive paranoia, “Rogers” and Monroe decided that the current Cap was obviously a traitor. Thus, they launched a plan to capture him, the Falcon and Sharon Carter. Their attempt failed and Burnside was briefly captured, but Monroe helped him escape and they fled to Miami.

Bucky soon clashed again with the Falcon and Carter while the two Caps battled anew. While he thought his super-strength would be more than sufficient to flatten “a coloured and a frail”, he was taken down through sheer resolve and teamwork.

The fake Cap was also defeated by the real McCoy, and both impostors were sent to prison. Another attempt was made to cure them, and they were sent under heavy guard to a mental institution in the Catskills, where they spent months.

The institution was actually controlled by the criminal Corporation. Their senior agent Doctor Faustus was running it. Using mind control gasses and other methods, Faustus turned the pair into zombie-like slaves. Since he didn’t intend to use Monroe right away, he tested Burnside’s loyalty by having him gun down Monroe.

The gun was loaded with blanks. Monroe was kept in reserve whilst Faustus, with Burnside as the Grand Director, launched the grandiose National Force plot. The National Force eventually came crashing down thanks to Captain America’s efforts, with the help of various parties such as S.H.I.E.L.D., and Burnside was thought dead.

As S.H.I.E.L.D. dismantled all the ramifications of the plot, they stumbled upon Monroe. Monroe was sent to a S.H.I.E.L.D. hospital where, after years of renewed efforts, he was cured of his insanity. By this point it was 1983, and budget cuts forced S.H.I.E.L.D. to boot him out of the hospital with but a minimal orientation course to face the brave new world of the 1980s.

Monroe has mentioned spending three decades in deep freeze. Therefore, it is possible that the two big gaps in his biography — between the 1972 reactivation and the 1979 National Force plot, and between 1979 and 1983 — were largely spent in suspended animation.

One could imagine that, for instance, the best treatment was to keep him in ’light‘ suspended animation to prevent the chemicals of the unstable Super-Soldier serum from continuing to destroy his mind. Meanwhile he would be kept under mechanical hypnosis to slowly erase his paranoid fixations.

His reactions and the narration are consistent with this No-Prize Hypothesis , where he experienced maybe two or three years of actual life over three decades. This also matches his apparent age.

Having no idea what to do, Monroe offered his services to the actual Steve Rogers. Cap agreed to have him as his fighting partner. However the Constrictor soon attacked and handily defeated the pair. He kidnapped Cap and handed him over to the international terrorist, the Viper (Ophelia Sarkissian).

Trying to do something, Monroe went to Cap’s lover Bernie Rosenthal. She put him in contact with the Falcon. The Falcon had retired from heroics and was now a politician, but still had contacts within S.H.I.E.L.D.

Feeling that he was useless and the situation was his fault, Monroe volunteered to be the agent Dum-Dum Dugan would send against the Viper.

S.H.I.E.L.D. decided to clad Monroe in a costume that Steve Rogers had once worn whilst defeating the Viper. They hoped that it would give him a psychological advantage during the operation.

Monroe did have a remarkable physical resemblance to the original Bucky Barnes.

By the 1970s, Jack was every bit as racist, sexist, paranoid and reactionary as Burnside. He felt that they were the last two ’real Americans’ in a sea of decadence, civil rights and Communism.

After he was cured, he was a disoriented 18-year old thrown in a complex society he had trouble understanding. He lacked both a cause and a role. He also still had a few racist habits from the bad days, which he genuinely regretted and was trying to break.

“You set him up just right, partner. We’ve got him right where we want him !”

(While attacking the Falcon) “I can’t worry about you, till I get this coloured creep for slugging Cap !”

“Just like a dame — gettin’ emotional when she should keep her head ! And it’s gonna cost ya, frail !”

(After being cured) “Y‘know — I think I prefer my real name [to being called ’Bucky‘]. It’s about time I found out just who Jack Monroe really is.”

Drawbacks:
MIA toward violence, Attack vulnerability (-1 CS OV/RV when hit on the head from behind), SPR (Raving paranoid), SIA toward ultra-conservatism. 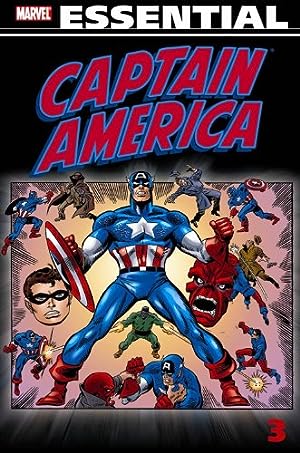 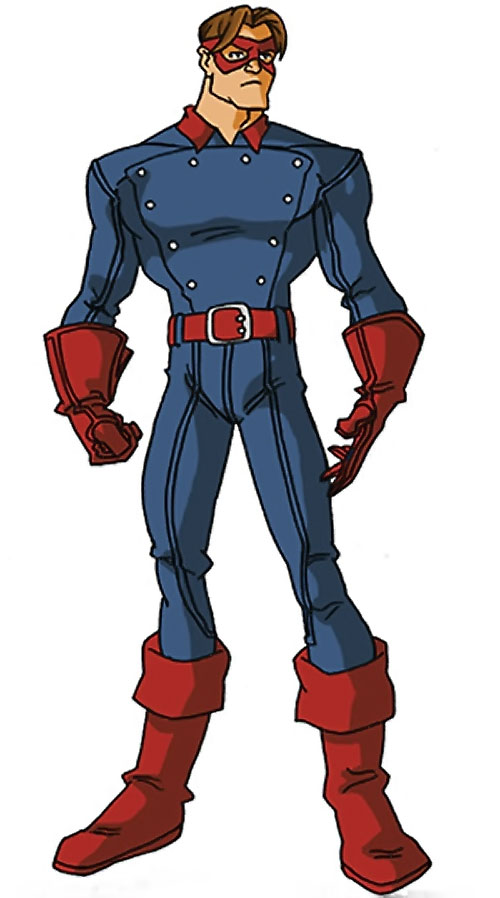 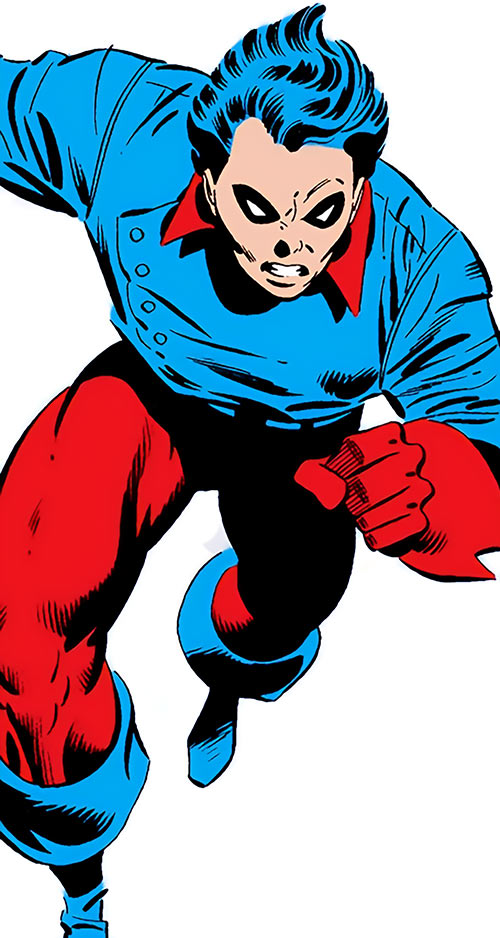 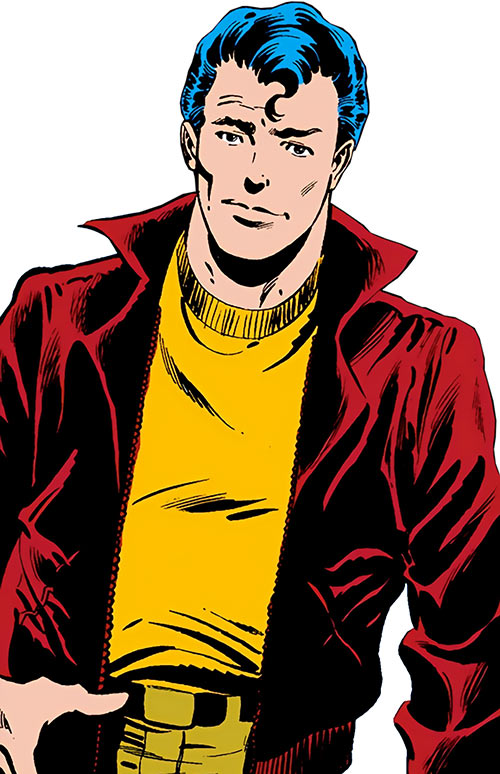