“The bad guys assemble a cadre of gimmicky professional killers to take out the hero” is a cliché of action fiction. And the team assembled by the Committee to ice Moon Knight in 1980 has all the usual suspects – the sniper guy, the martial arts guy, the explosives guy, the strongman…

Bull seems to have borderline superhuman strength to go with his great size and muscle mass.

He could hit Moon Knight with tremendous force, and could burst through a wall when putting Hero Points  behind the effort.

He seemed to be the most dangerous of the five hitmen, and an expert brawler.

Bull is a tremendously strong and large underworld enforcer based in Miami. He has a reputation for disdaining weapons and thus killing with his bare hands.

After being hired by the Committee, he either piggybacked or was kept in reserve when Razor and Dragon set up a trap for the Moon Knight. After the white-clad avenger clobbered the two hitmen in record time, Bull burst onto the scene. He proved rather dangerous until Frenchie came to Moon Knight’s rescue, opening fire on Bull and forcing him to flee.

Bull then participated in Boom-Boom’s plan to rob the Committee instead of icing Moon Knight. But they were betrayed by Ice, who locked them into a warehouse that was about to be destroyed by explosives.

Bull managed to burst through the wall at the last second, narrowly escaping the detonation. Frenchie (who had infiltrated the Committee a long time ago and was with the hitmen) followed right behind, but Boom-Boom was trapped by the collapsing warehouse.

Bull attempted to escape in a motor boat but Ice, knowing Bull strongly suspected his treason, decided to eliminate him. Moon Knight caught up with Bull, and while the two were fighting Ice sniped Bull. The strongman collapsed on the wheel of the speedboat, sending the craft to crash into nearby docks.

It is unknown whether Bull survived this.

A tough brute who likes violence, and is actually fairly crafty and with a degree of cunning.

He has more initiative than the average giant henchman, and is confident in his strength – but not overconfident.

“I’m gonna crush Moon Knight with my bare hands – squeeze his brains right out of his ears.” 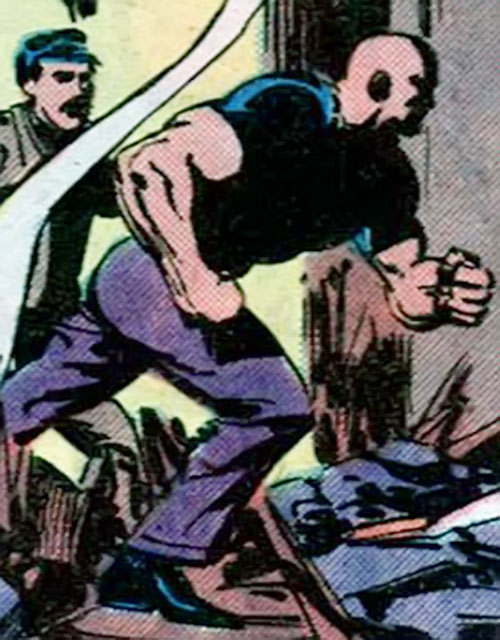 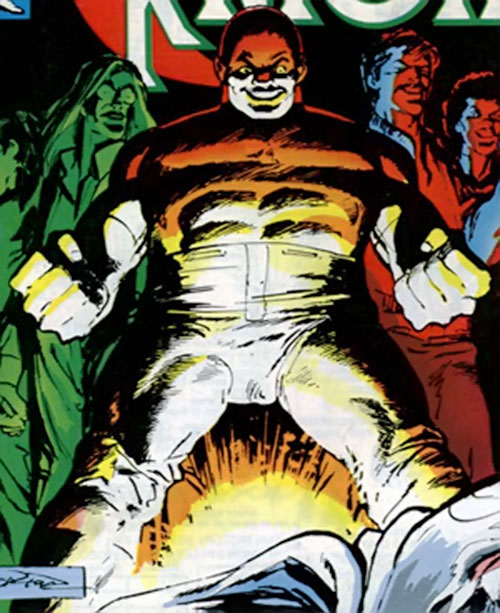