Bulldozer is superhumanly strong and physically resilient. If he is ready for an oncoming attack, he can bounce many off his super-tough skin.

He has no tactical sense. He tries to hit people, and then gloats when they fall down. In combat, he will go after the biggest, toughest looking male on the opposite side in order to “give him a beatin’ he’ll never forget !”

He never stops talking trash, and typically opens a battle with a feat of strength and an intimidation attempt.

Kirby Cohen was a bulldozer driver woking on site in New Jersey. as he was cleaning up the wreckage from a former supervillain lab, a storage tank of radioactive material ruptured. This contaminated Kirby and his bulldozer.

He worked for four hours bulldozing radioactive waste before he finally went home, complaining of stomach pains. (“That’s a lie! Sure I only worked a half day, that’s cuz I actually FINISHED the job early, not cuz I wimped out like you woulda‘! Look at these abs! ’Stomach pains?’ Yeah, right. I never get sick!”).

His contamination might’ve gone unnoticed had he not got into an auto accident on his way home. (“Some damn housewife and her two screamin’ brats in a beat-up old station wagon swerved into my lane an’ hit me! She wuz checkin’ out my fabulous form and stopped watchin’ the road is what happened!”).

While laying under the wreckage unconscious (“I wuz awake the whole time! You honestly think a car coming at me at 60 is enough to take ME out?”), a change came over his body. He threw the crumpled remains of his pick up truck off with his newfound superstrength.

Upon arriving home, he decided to make himself rich by a life of crime, and getting into the world of pro wrestling…

“Dick Steele” was taken, I guess

He decided the name Kirby Cohen wouldn’t hack it in the macho world of wrasslin’. Thus, he had his name legally changed to the more commercial sounding “Brad Powers”. ”Brad” got a short-lived place on the roster of a small time local promotion. He also committed small crimes on the side as Bulldozer.

Shortly thereafter, he then decided to use “Bulldozer” as a ring name as well (“There wuzn’t no competition for the ’Dozer! I wuz gonna be the Champ!”). Truth to tell, he wasn’t very good at it.

Believing it all to be real, he injured many of his fellow performers. He also broke the ring on multiple occasions. He had become a liability to the company and caused them to go bankrupt. When a larger promotion bought out the smaller, they intended to trademark his ring name and give it to another wrestler, firing “Brad”.

Learning of this, he once again legally changed his name, this time to Bulldozer in order to keep them from doing so (“There’s only one Bulldozer toots, and yer lookin’ at him”). Why he found this to be necessary, know one knows, as he hasn’t worked in wrestling since.

Instead, he has been committing smash and grab thefts and hiring himself out as criminal muscle.

In his earliest crimes, he wore a yellow outfit with black stripes similar to that of Bruce Lee in Game of Death or the Bride from Kill Bill (“That babe just wanted some of the ’Dozer”, ya know”).

Twin stripes ran down his left side, including the arm and leg. On his right he instead had the word “Bulldozer” spelled out down his arm. Twin V stripes marked off the gloves and boots, and triple V stripes designated the belt.

The mask was solid yellow (sometimes with black-rimmed openings around the eyes) and somehow clung to his face in a manner similar to that of Mr. Miracle.

Since spending time in jail, and his identity having become public, he’s commonly worn little more than cut-off jeans shorts and workboots (perhaps a muscle shirt). This, way “all the chicks” can get a good look at his muscled bod. His head’s shaved and the word Bulldozer is now tattooed down his right arm.

His left fist is occasionally taped as well.

Bulldozer is the epitome of overbearing, loud, insufferably obnoxious, male chauvinist pig. He is every bit the stereotypical construction worker, making lewd comments at the women walking by. He acts like a bombastic wrestling villain. Unfortunately, the act never ends.

When fighting, he often announces his height and weight to all within earshot (exaggerating a few inches and at least 30 non-powered base pounds just to seem more impressive). He’s so relentlessly macho as to almost come across as amusing, which angers him since he takes himself so seriously.

Depending on how you want to use him, he may or may not have caught on that some superpowered women can indeed hit harder than it would seem. When he first started, his DC Heroes RPG Attack Vulnerability was a -2CS to OV, so he seems to be learning.

“I was always the toughest normal on the planet. Now I’m the toughest super, and if you don’t like it, choke on it ya bunch of geek-loser-wimps !”

Most likely a notoriously minor Wonder Woman villain. Perhaps he was an early contestant for Roulette before she unceremoniously kicked him out of her promotion.

In his early yellow costumed days, he might’ve tussled and shared a beer with Guy Gardner. 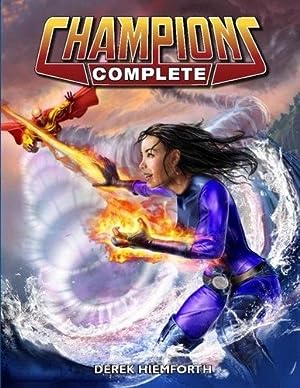 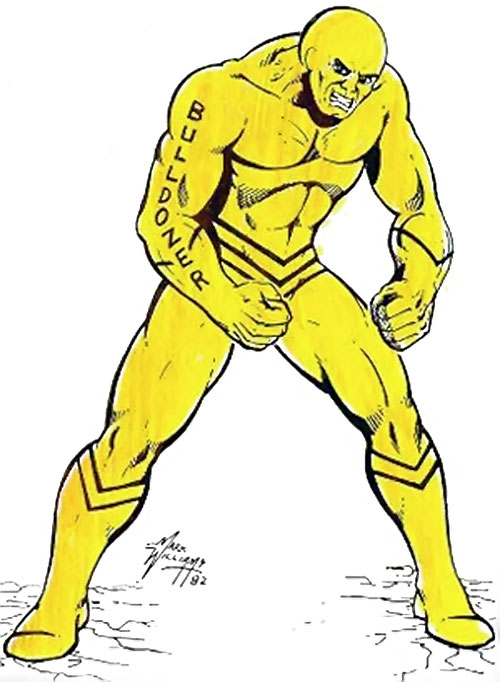 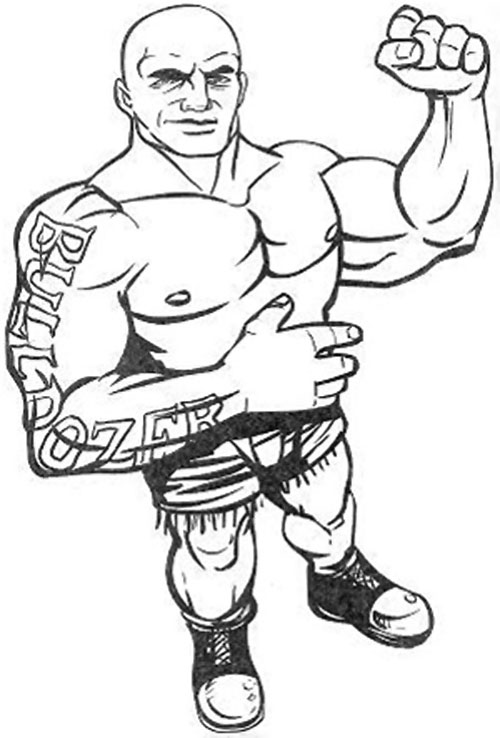