Bulldozer is just a brick . He charges and headbutts a lot.

Henry Camp is a former U.S. Army master sergeant. He was granted superhuman powers by the Wrecker and became part of the four-men team of demolition and villainy known as the Wrecking Crew.

A huge, muscular man clad in an orange costume. His boots, bracers, belt, collar and helmet are made of spiked steel. The vertical bar show his classic costume (with the older variation at the bottom), while the banner illustration show his more modern costume. 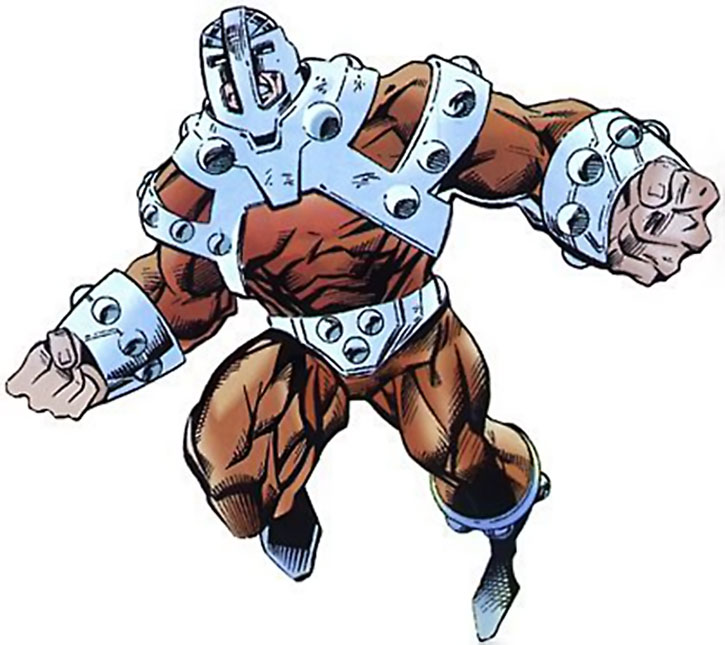 Camp was a drill sergeant, and he is relatively smart given the company. He’s more mean than stupid.

Bulldozer enjoys running into things headfirst, with all the inherent benefits and drawbacks super-headbutting entails.

Despite having been an NCO, he’s more a follower than a leader.

Camp often sounds, in accent and diction both, like John Wayne in an old cowboy movie.

They’re just a bunch of bruisers… In the DCU, their creator could be the Lord of Chaos known as the Child.

Equipment:
HELMET [BODY 09, Skin armor: 04, Limitation : only against blows to the head, or to prevent self-inflicted damage when Charging].

His raw Strength is built down to reflect that he relies heavily on slam attacks. His full damage while performing a slam attack is 10, or 11 at full speed.

Official Handbooks to the Marvel Universe 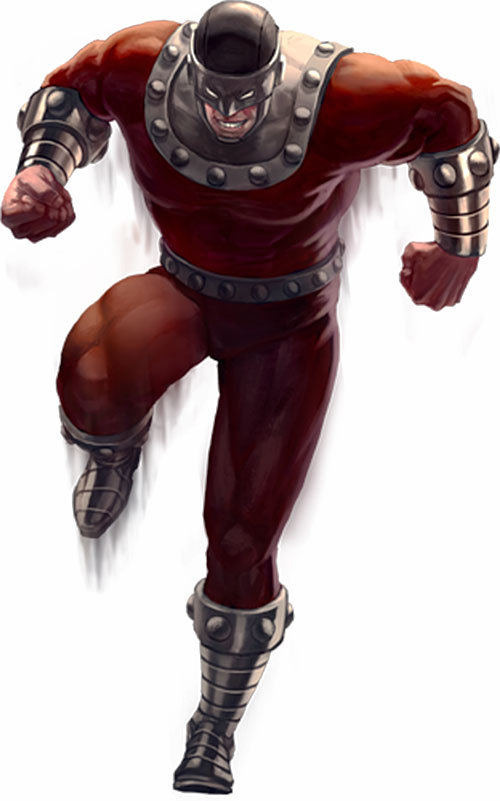 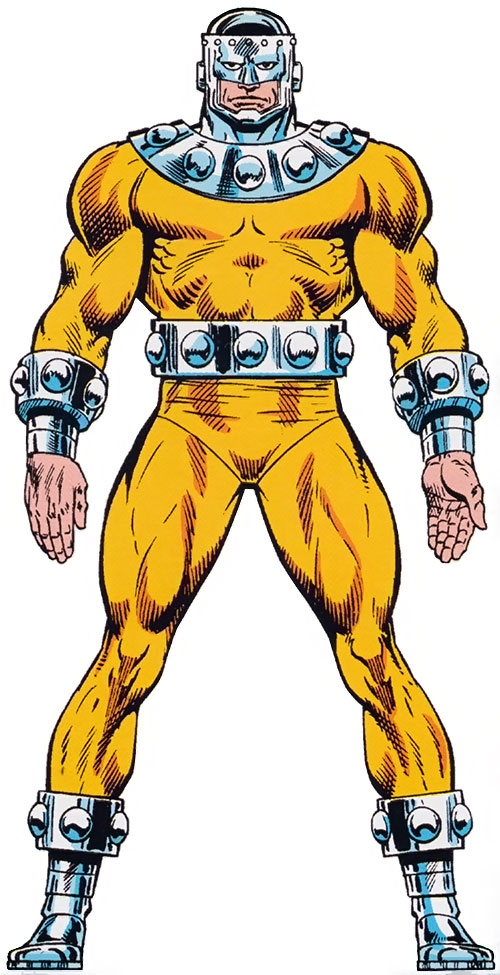 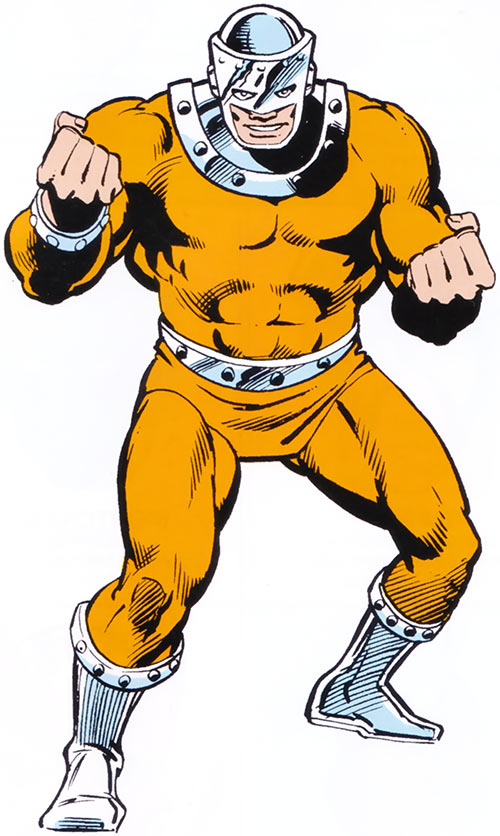