Bulldozer is superhumanly strong and tough. He can inflict incredible damage by ramming obstacles and opponents.

One gets the impression that the bulk of his enhanced strength only works when employ his full body to attack. Say, by body-blocking or dropkicking.

See Brains’ profile for a history of the team. 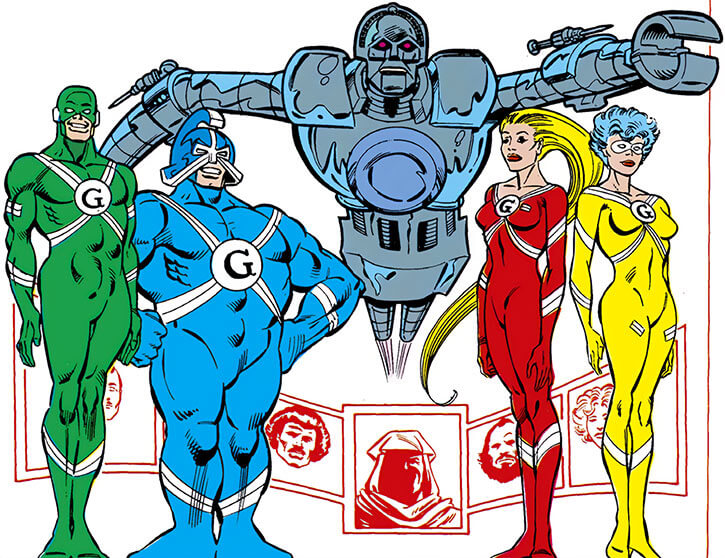 Bulldozer and Kong have much the same personality. They’re bruisers who are confident in their abilities, and act protective of Ms. Mesmer and Brains.

The Gang has sworn never to take a life so that they would be better than the criminals they grew up with. Still, Kong and Bulldozer occasionally need to be talked into holding back by Brain.

“Ball’s in my court now, sweetheart, and in case you haven’t heard, the name’s Bulldozer… and there’s nothing on this Earth I can’t go through… and that includes pain-in-the-neck super-heroes !” (BOFF !)

Bonuses and Limitations:
EV can only be used if Bulldozer can put his entire body behind the attack (usually, but not always, as a Charge).

Master of the body slam ● 7 points ● Descriptor: Unrevealed
– Strength-based bludgeoning Damage 8, Quirk (must be delivered as a charge, body slam, or other attack that uses his entire body weight and has good momentum).

Protective costume Protection 2, Immunity 2 (Damage from his own headbutts and body slams) ● 4 points 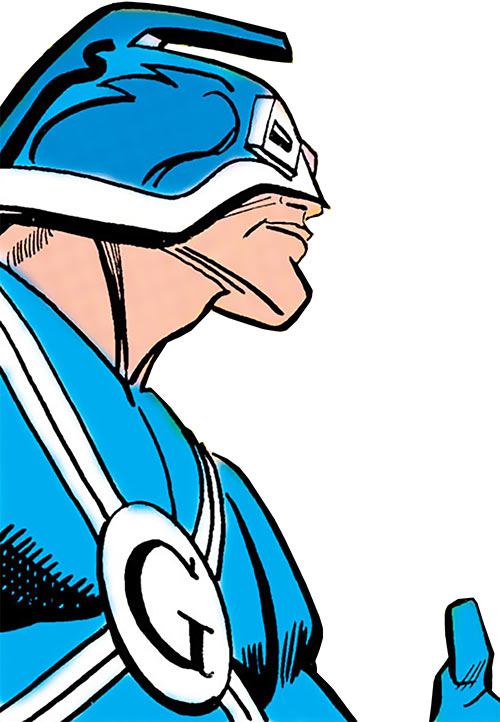