Bulwark is well-trained in combat, though he’s not as deadly as he thinks he is. His main, and most obvious, advantage remains his immense size. As a result, his strength and durability are presumably nigh-superhuman.

When encountered, Bulwark was wielding a large, reinforced cattle prod-like weapon. Its output seemed sufficient to fatally electrocute most people in one hit.

In 1991, the assassin Bulwark was working as an enforcer for reclusive, insane weapons mogul Itzhak Berditchev.

Though he got in a good shot when Cap was distracted, he was defeated in short order and never seen again.

Bulwark is fantastically huge, but not truly athletic.

“I am Bulwark – the world’s deadliest assassin !”

Many of these stats are speculative – Bulwark was completely outclassed by Captain America and is thus impossible to gauge correctly.

Writeup completed on the 7th of February, 2015. 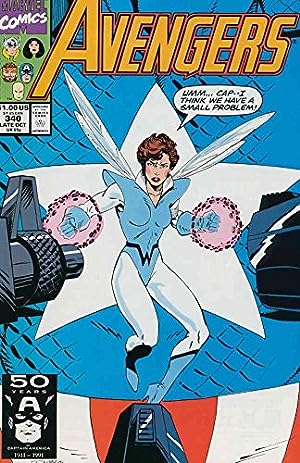