Burner is a sort of poor man’s Human Torch. His flame blasts can liquefy asphalt within seconds, but it takes him some time to make his flame hot enough to do that. 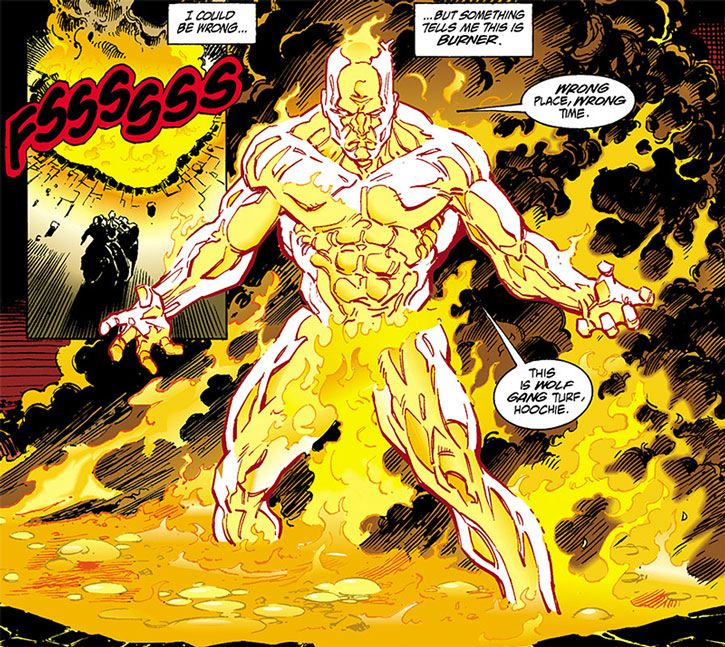 Burner can use his flame jets to block some meltable ranged attacks, such as gunfire.

Beyond the general history of the Wolf Gang, little is known about Burner.

He tends to semi-ignite when angry. But this smouldering state is also useful when he’s naked, as it hides his body under the glow. His jacket and cap can apparently resist this low heat, high glare state.

Burner seems to be a cocky, impulsive youth with a large chip on his shoulder. 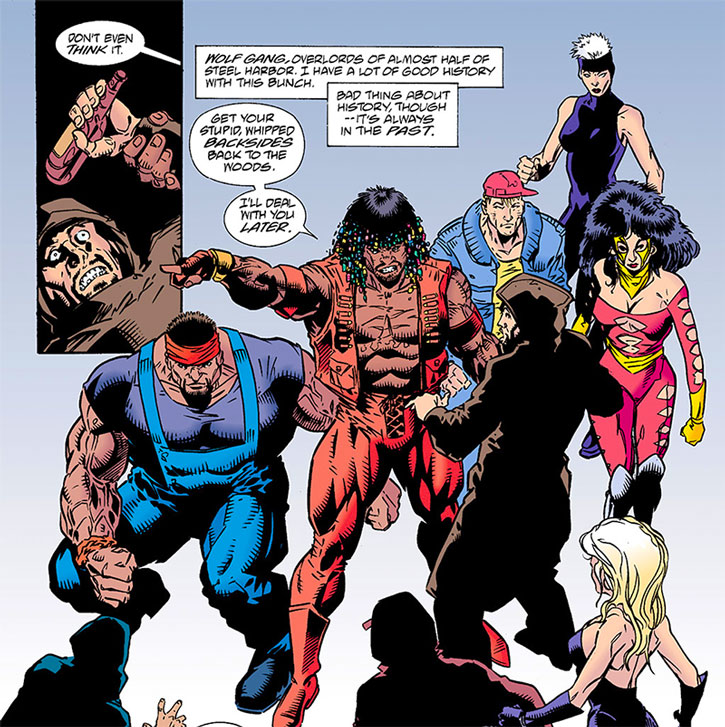 “Wrong place, wrong time. This is Wolf Gang turf, hoochie. You and the freak are meat on the grill !”

“I’m tellin’ ya, we gotta take somebody out ! Somebody gotta pay !” 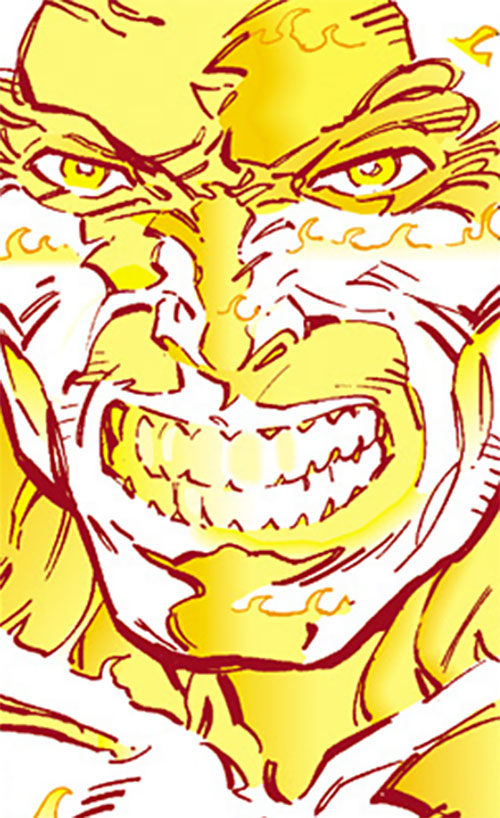