Burnout is a Gen-Active 2nd generation. Specifically, he’s a child of a member of the Team 7, who were the first exposed to the Gen-Factor.

His powers allow him to project and control plasma energy that burst into flames when exposed to oxygen.

In addition to being impervious to heat and able to fly by creating thermal updrafts, Burnout can form fiery plasma shields capable of melting bullets and deflecting energy blasts.

Bobby was initially an orphan, going from foster home to foster home, until he entered Dr Tsung’s house. Not a good pupil in high school, he entered IO’s project: Genesis under false pretenses.

He first manifested his powers during an attempt to escape with Fairchild, Grunge, Freefall, Rainmaker and Threshold. Threshold was Ivana’s pet, but at this time the teens kind of trusted him for leading them out. Threshold brought them back in custody. He had reached his goal : to make them manifest their powers under life-threatening stress.

With the help of John Lynch, the five teenagers escaped the clutches of Ivana Baiul and IO. Since then, they have been running away from IO’s agents. During their flights, Bobby developed an unrequited crush for Sarah Rainmaker. They settled in one of Lynch safehouse in La Jolla, California.

After the “Fire From Heaven” crossover, Bobby learned that Lynch is indeed his father. This has thrown a new light on their relationship, as Lynch is not really what we could call a paternal type.

Lynch paid for them all to attend the local college, where Burnout had a romance with a music student. Until IO found them and they went on the run again. The team only escaped thanks to the sacrifice of Anna, the android maid, who covered their escape.

More recently, under his father’s attendance, Burnout has started to develop psionic  powers. They are slowly emerging and he has yet to master them. But it helped him to found where Fairchild was dating thus enabling him to call her for back up.

Bobby is a thin, tall blond teenager. He has a goatee that he occasionally shaves.

As Burnout, he wears a red and yellow spandex apparently resistant to his powers.

Bobby is a nice guy with strong principles. Particularly stubborn when it comes to musical tastes, he has been called a “music fascist” by Fairchild. He refused to see Titanic and The Phantom Menace just to be different.

He is in love with Sarah Rainmaker, which poses something of a problem as she sees herself as lesbian. Though he nearly convinced her to have sex when they were traveling in Italy, she regretted it and threw him in more disarray about their relationship.

While he is normally more caring then Grunge, his buddy often drags him in bad moves. Particularly when dealing with the team’s girls. 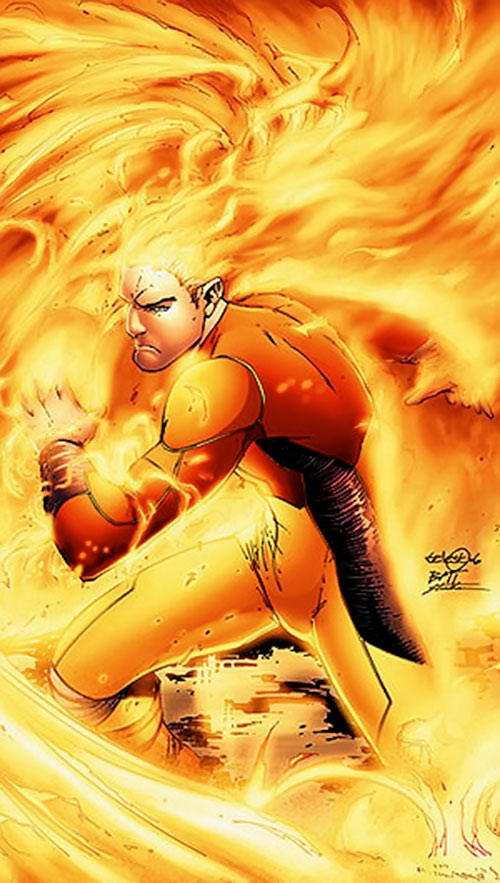 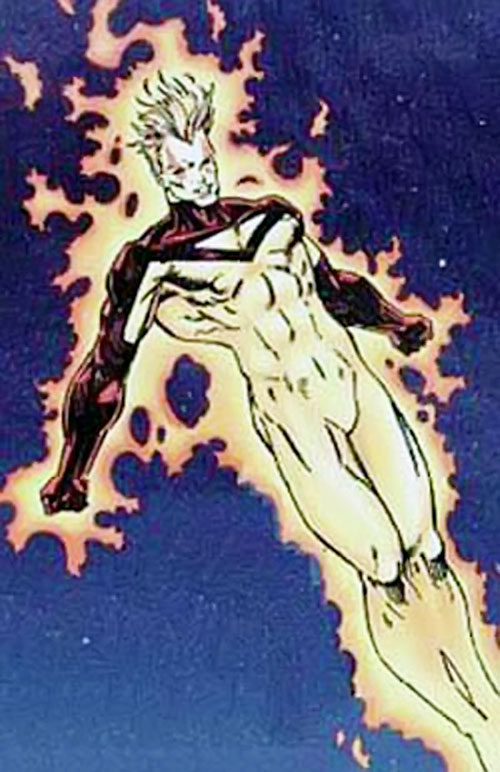 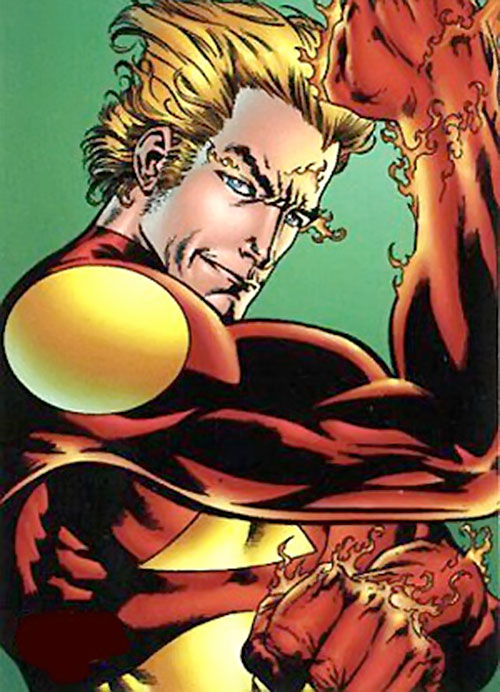