Boo is a force of nature, almost pure entropy. His physical power is impressive, but his main trait is his unkillability. He has regenerated even when vaporized. Impacts capable of demolishing mountains deform his aspect for seconds until his bubble-gum like body adapts to them and return him back to normal.

He’s also extremely dangerous for his magical power to transform people, usually into candy: chocolates, liquorice, lollipops… He then eats them. But he’s not limited to transforming people in candy. He also turned a bunch of people into cement to build himself a house.

Millennia ago, evil warlock Bibidi created a being to destroy or to control the universe. That was Boo. The major gods (Kaioh Shins) of the four corners of the galaxy fought him in a devastating battle that killed some of them. The most powerful one, Kaioh, allowed to be eaten by the monster hoping his goodness would change Boo.

He failed… in part. Boo went from a nihilist ravaging creature to a weird childish psychopathic playful creature. Still too dangerous to be left on the universe, Boo was trapped inside a giant weed.

Until Babidi, son of Bibidi, got the weed and took it to the Earth. He needed a lot of energy to open the weed and to awaken Boo. So he went to the Tenkaichi Budokan in search of the strongest men in the world.

Finally he got the energy, specially thanks to the saiyan warriors Vegeta, Songoku and Songohan. Boo show at first no evil, just a playful side, but soon it was seen that violence and death awaited inside the creature and just took “nice” ways to show.

For example, Boo turned entire cities into candy and later ate them. After a while, Boo learned compassion, specially thanks to the human fighter Mr. Satan, a phony hero but still a decent person. Boo got enraged when a psycho killed both Mr. Satan and his dog. He resurrected them.

Boo later split into two beings : his now good side and his evil, thinner side. The evil Boo finally reflected a Transformation Blast of the good Boo back to him and ate him. When this happened, a new, meaner Boo was born – Majin Boo.

The entity formed by the fusion of Goku and Vegeta was turned into candy and then eaten. Both of them split back to their separated entities inside Majin Boo. They found there trapped all the people he had eaten, including the good fat Boo. They rescued as many of their friends as they could and left the interior of Majin Boo.

That drained him of some of his power, but also definitely removed all the good and measure inside him. Thus Majin Boo returned to his original form, the nonsense killer creature that the Kaiohs had battled millennia ago, Kid Boo.

After destroying the Earth, Goku had to finish him at the Kaiohs’ sacred planet. He used a Genkidama Ball that hold the Power of all Earthlings and Nameks.

Boo is a fat humanoid with pink skin, no hair and an antenna at the top of his head that bends back. He wears a black waistcoat with yellow ornaments, yellow gloves and boots, white large trousers, and a violet cloak.

Boo has six holes at the top of his head, three on each side.

In many ways, Mr. Boo is a blank sheet of paper. A child. A dangerous child, but not completely bad. He stopped killing, per example, when somebody told him it was not a good thing to do. When something enrages him he exhales steam through the holes in his head (the more steam, the more enraged he is) and then a hint of the original chaos that was Kid Boo can be appreciated.

Boo is a Justice League level enemy and could be a good substitution of Doomsday. Just remember to have a manipulative villain by his side to give him the orders.

Evil wizards like Mordru or Felix Faust are good selections, but second string villains with a long tradition on their backs would also do a good paper. Just remember the wizard better not have trouble with killing humans. 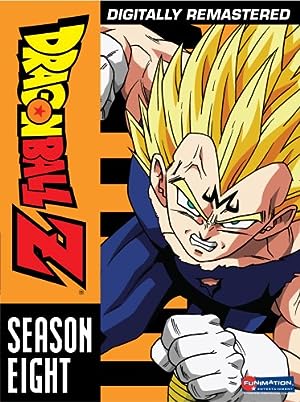