The Goon lives in a city that is quite reminiscent of the 1930s Chicago. Everything is corrupt, and the mob is pretty much in control of everything. The city is very bleak, and despite trying to maintain some appearances of normalcy, somewhat lawless. Even the G-Men are quite willing to cut deals with the mob to advance their ends.

The horrific supernatural is a very common, fully accepted presence.

The main such force in the city is the zombie mob, a large number of zombie made men reanimated by the zombie priest and serving his criminal empire. They do all the usual mob stuff, plus a few extras like smuggling in fresh braiiiinnnnssss, or various animal body parts for the priest’s pet projects, such as 15’ tall zombie chimps.

Other horror elements are present, such as redneck werewolves, vampire torpedos, pirate Cthulhu star spawns, weird science mad doctors, ghosts, etc. Likewise freaks are common, such as giant man-eating rats or men with their right hand welded to a bowling ball. Or Buzzard.

Buzzard was formerly an ace gunfighter from the Old West. He’s still an extraordinary marksman, wielding a pair of shootin’ irons with deadly effect.

The zombie priest’s spell has turned him into a supernaturally resilient creature. He is very hard to kill or meaningfully damage through normal means. His resolve is extraordinary, and his drive all-consuming.

He also seems to be quite knowledgeable about the supernatural.

Buzzard’s real name is unknown. But he remembers having been a renowned gunfighter from Missouri in the Old West era. He eventually retired to a small town, where he became sheriff. He turned out to be a good sheriff, bringing peace and order to the local citizens.

One day, however, a mighty strange preacher and snake-oil salesman rolled in with his assistant. The sheriff didn’t like him at all, and told him to be away in two weeks.

Two weeks is all it took for the preacher to become the most popular man in town. He used his sorcery both to convince the townspeople he was a great religious leader, and make them wealthier. Soon, the townspeople started ignoring their sheriff and supporting the preacher.

The sheriff was deeply attached to the town, and started to drink heavily. He could save the town against outside dangers, but not against themselves.

As the sheriff was drinking himself into a stupor, a plague started. The dead now came back a few days later as flesh-eating zombies. Soon there were more corpses than live persons. The sheriff locked himself in with more alcohol to drink himself to death and mourn the passing of his town.

A curse on thee

The preacher, however, came to gloat. This ignited the fury of the sheriff. He rode out and went postal, slaughtering dozens of zombies in his path. He made it to the preacher, Bowie knife in hand. The man panicked and cast on the sheriff the only spell he had available – the spell to turn corpses into zombies. 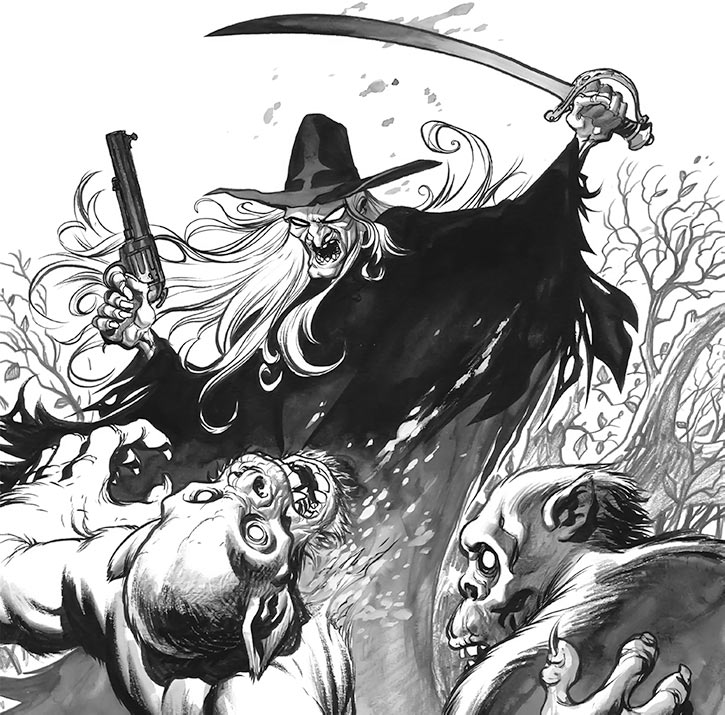 The man who became known as Buzzard has been riding the vengeance trail ever since. He tracks down zombies to eat them and end their threat.

He eventually came to locate his arch-nemesis, the zombie priest (who was once the preacher), in the Goon’s town. After fighting along with the Goon, Buzzard went straight for Lonely Street. But even he couldn’t single-handedly defeat the zombie hordes. The zombie priest captured him, but discovered torturing Buzzard was pointless.

Buzzard eventually tipped a nearby jar with his feet. This freed a small messenger spirit. Since he knew the rules governing spirits, the Buzzard sent the spirit to the Goon, asking to be rescued so he could complete his revenge.

Since Buzzard had previously saved his life and they had their greatest enemy in common, the Goon tried to assault Lonely Street with some allies. More powerful allies showed up during the fight, and much of the zombie priest’s power was broken.

Still, the priest escaped. Buzzard, wanting to end his cursed life of apparently impossible revenge, tried to shoot himself in the mouth. But he easily survived the ordeal.

Broken, he retired to a sinister forest, not wanting to eat any more undead flesh and hoping to die from starvation. That doesn’t seem to work, however.

Buzzard is a somber force of vengeance and justice. He was out to kill the zombie priest at all costs to avenge his townspeople and his own failure, without disturbing normal people too much. His resolve is incredible, and he doesn’t appear to feel pain.

Buzzard is deeply haunted by his failure centuries ago, and is consumed by guilt. He has, however managed to come to terms with his own feeding habits. Thus, he is actually quite happy to get his hands on a zombie so he can eat it. He uses this trait to terrify zombies, cheerfully biting off fingers and the like.

Buzzard is polite and reserved, and speaks in archetypal Old West cowboy speak, with lots of “I reckon” and the like. Still, his depression over his failure to protect his town sometimes overcomes him, as during his suicide attempts.

“I don’t reckon I remember my right name, but I remembers some folks calls me Buzzard.”

The Goon works in a gritty universe but with the Humour Genre and some over-the-top, absurd cartoonish elements. However, is the Genre is made lower and such elements are removed, with the crime stories emphasized, he can work very well in other universes.

Obvious choices include universes who already have a common supernatural presence and crime tales, such as the Nocturnals or Chance Falconer’s world. But a sufficiently dark corner of the DCU will do fine.

The Goon’s story can work in many countries. It would fit very well in the DCU version of many Brazilian favellas, for instance.

Drawbacks:
Guilt, Strange Appearance, CIH of zombies, SPR (can only eat the flesh of the undead), SIA toward undead flesh.

Source of Character: The Goon comic books by Eric Powell. 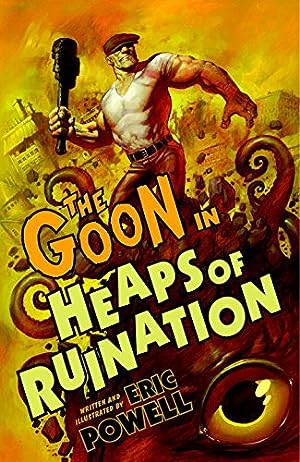 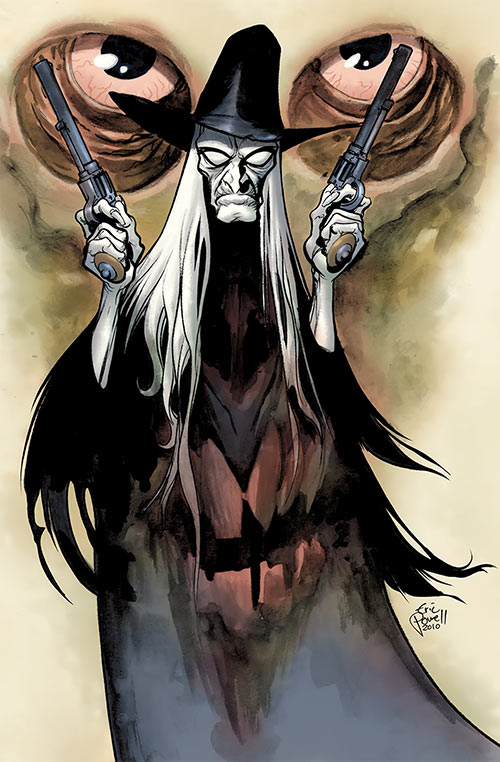