Cactus Jack has a superhuman tolerance for (some might even say “attraction to”) pain. He can take unreal levels of punishment and it serves only to spur him on.

He also possesses a natural talent for causing it in others, usually by hitting them with whatever is conveniently nearby.

The history of Cactus Jack, the man allegedly from Truth-or-Consequences, New Mexico, is shrouded in lies and urban myth. What is fairly certain is that he was a weird child. He was teased, mocked, and dared into doing bizarre things to gain the acceptance of his peers.

Various stories exist about the incident that pushed him over the edge. But none have verification – although all might be true. Regardless, at age 19, he found himself training in Pittsburgh under the eye of Dominic Denucci. Denucci was a little-known prize fighter who was trying to build a reputation as a martial arts instructor.

Denucci proved to be a failure as a teacher for all of his students but one. The newly dubbed “Cactus Jack” returned to the Southwest with an encyclopedic knowledge of how to hurt people.

This landed him an invitation to train with Atsushi Onita. This Japanese demolitions and weapons specialist helped shape Cactus into an expert with a wide range of munition. That included the use of shaped-charge explosives and incendiary devices in close-quarters combat.

While studying with Onita (a schooling that gained him more than his share of burn scars), Jack was introduced to an old business acquaintance of Onita. Namely, Sudanese terrorist and merc “Abdullah the Butcher.” The two men struck up a friendship. Then Abdullah took Jack back to Africa with him to serve in several tribal conflicts across the continent.

After three years of serving under whichever local warlords would pay the most, Jack and Abdullah had a falling out over the treatment of prisoners. It was an American tour group that the mercs had stumbled across. Abdullah, never one to remain calm in the face of confrontation, attempted to kill Jack.

Jack left Abdullah bleeding and unconscious while he escaped with one of the hostage, a model named Noelle.

Jack and Noelle married. They settled down for several years in the Florida panhandle, opening their own gym and having two children. While visiting an amusement park with his son, Dewey, Jack was jumped by a gang and beaten unconscious. Jack awoke in the hospital – suffering from amnesia and remembering only that “Dewey had been kidnapped.”

He left the hospital and wandered from Florida to Texas, searching for Dewey and the kidnappers, for two weeks. His wife finally discovered him in El Paso, an event which triggered the return of his memory. The kidnappers sent a note, demanding that Cactus Jack meet them in Munich in exchange for Dewey’s safe return.

When Cactus arrived at the rendezvous, he found himself face to face with Abdullah. The butcher was still furious over the perceived insult from Cactus four years earlier. Cactus was forced to run a gauntlet of booby traps, before facing the man who replaced him as Abdullah’s protégé. It was Vader, a 350 behemoth with superhuman strength and lack of control over his destructive power.

Jack prevailed, but lost one of his ears in the process. Dewey was rescued, but Abdullah escaped in his limousine.

Since the fight in Munich, Cactus Jack has come out of retirement. He has begun working as a mercenary in Asia and Africa again, looking for a lead to Abdullah. In the meantime, his family is living under assumed names, in fear of the Butcher’s next attempt at revenge.

A heavy-set man with long, wild hair and an unkempt van-dyke.

He generally wears street clothes, although he has a preference for his torn, sleeveless red flannel and a pair of leopard-skin and black leather boots.

Cactus Jack will risk anything and everything to cause as much pain to his enemies as he can. He will take any risk and go to any lengths to cripple or kill any opposition, often going to unnecessary lengths in the heat of battle. His Achilles’ heel is his family.

When not working, he is a devoted family man and, when in a rational state of mind, justifies his career to himself as “providing for his family’s future.” This has been used against him on at least one occasion.

“I’d rather hurt a man than make love to a woman.”

Like Abdullah the Butcher, Cactus would have been ideal as one of the “janissaries” – metahuman/costumed mercenaries working for Arab countries in the early ’90s (like Bronze Tiger and Manhunter/Suicide Squad character Outlaw). Alternately, he could be a stooge for whoever is currently ruling Bialya.

Finally, you can trim him down as a straight-forward domestic threat on a small scale (terrorizing the American Southwest, robbing banks, etc.. But in that sense, he loses his distinctiveness and becomes just another low-level metahuman thug, à la Sudden Death.

As for his training – you can say that he was trained by Wildcat instead of Dominic Denucci. Everyone else in the DC Universe seems to have been. 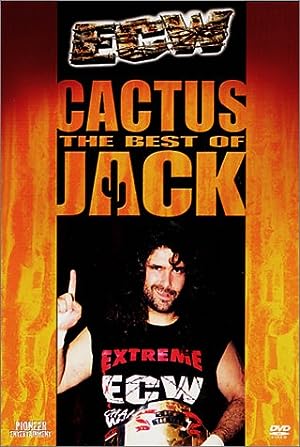 ECW – The Best Of Cactus Jack 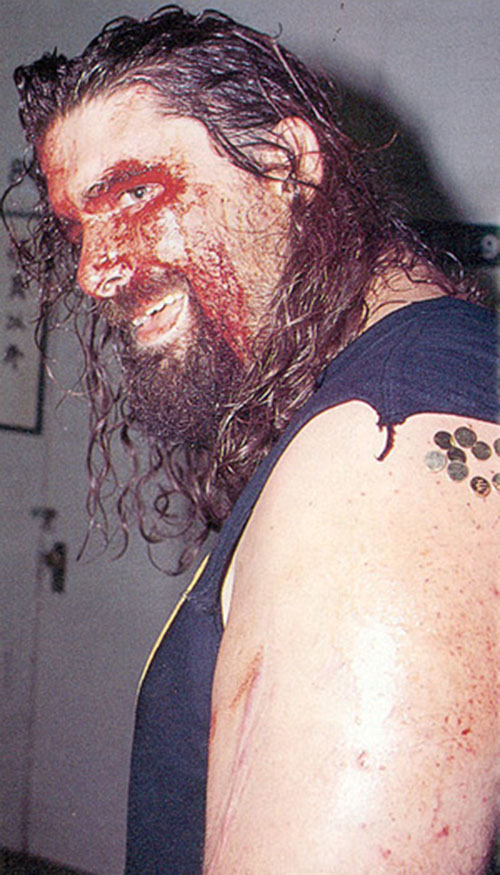