Though he’s just a boy, Caillou is a competent magician and not a bad adventurer. However, he’s physically weak and fragile, he’s toast in melee combat – and his small legs will only go so fast.

Caillou can shoot fireballs from his staff, but building the magic charge takes about two seconds after he pointed his weapon. This makes it difficult to hit moving targets unless they’re coming straight at him.

Being a mage, Caillou fights primarily using spells – and he has an enviable arsenal of those. However, these deplete his mental energy, especially since he casts way more spells than other adventurers. The usual way to replenish these energies is to eat sugary foods.

Thus, Caillou carries a lot of bonbons, chocolate, candied apples, etc.. Whereas other adventurers might carry a few just in case, Caillou will probably have to fill half his pack with sweets to keep going.

Caillou is a teenage wizard in Pensée. Despite his youth he’s a certified adventurer. An avid student of the occult, Caillou is particularly interested in ancient and non-human artefacts he could learn from. This seems to be what drives him to explore dungeons.

However, such artefacts are increasingly condemned by the dominant faith – of an unspecified nature, but with vaguely Christian trappings. Caillou sees this as bigoted destruction of knowledge, and redoubled his efforts to work with the magic item shops in Pensée.

The strategy here is that the priests have no impact on the defiantly independent, wealthy merchants’ guild. They can do little about shops offering tomes and artefacts and other occult items. This keeps this knowledge in circulation.

Caillou noted that many items confiscated by the priests inexplicably resurfaced in dungeons, where successful adventurers could loot them.

Caillou seems to be about the same age as Recette (14-ish ?). He overcompensates for his youth by sounding as serious, intellectual and academic as he can. He is actually smart and educated, so he can. To an extent.

This pretentious overcompensation also means he looks down on the young and uneducated Recette. Caillou is convinced that such a girl couldn’t possibly be the owner of Recettear, and in his view the actual owner is obviously the far more intellectual Tear.

Recette insisting that she really is the owner can only convince Caillou that she’s running a stupid, extended joke into the ground and is but a daft counter jockey.

Despite his arrogance, condescension and not being quite as smart as he thinks he is, Caillou seems genuinely driven to learn about the world and magic.

Powers:
Power Reserve (APs of a Ritual he just cast): 04

Rituals:
Pyrobomb
Effect: Flame Project: 02, Dispersal: 02
Modifiers: Flame Project has No Range but has an Area of Effect (a 0 APs sphere) ; Dispersal is only active during the Phase when Flame Project is active.
Casting time: 0
Components: 2 money APs worth of sugary food.

Ice Mine
Effect: Ice Production: 03
Modifiers: Ice production can only do a cold attack, but it has a 0 APs Area of Effect. It has a special +1CS OV penalty to hit a moving target, but receives a +1 AP bonus to its EV. It persists for one Phase.
Casting time: 0
Components: 2 money APs worth of sugary food.

Gemini Force
Effect: Dimension Travel (Summoning): 03
Modifiers: Can only be used to summon a Gemini Force Pet, which lasts for 3 APs of time plus the RAPs gained on the Ritual roll before dispersing.
Casting time: 2 Phases
Components: 3 money APs worth of sugary food.

Warp
Effect: Teleportation: 02
Modifiers: Teleportation doesn’t have a Special Range Bonus, and will take place in a random direction for a random distance (2 APs minimum).
Casting time: 0
Components: 2 money APs worth of sugary food.
Comments: Use available dice to determine direction and range. Frex is there are no obstacles around use a d12 (with each number corresponding to a clockface direction) and use a d6 (re-rolling 1s) for the number of APs of Range (since it’s going to be 2 to 6 with the Power Reserve). Warp always takes Caillou to a physically safe location (no lava, water, rock, etc.) though there may very well be dangers close by.

Pet:
When Caillou conjures it, he can briefly be accompanied by a Gemini Force manifestation. Let’s assume 5 ghostly glowing wisps with the following stats :

DEX 05 STR 00 BODY 02, Air walking: 01, Dispersal: 04, Enhanced Initiative: 10, Magic blast: 06, Limitation: Magic Blast can be used even when Dispersed, but it has No Range and using it banishes this specific Gemini Force wisp for a while.

In Recettear Caillou’s mechanic is based on depleting and replenishing Spell Points, but that’s more bookkeeping than DCH is generally comfortable with.

I went with Rituals tuned to be a bit difficult to cast but not terribly so (which approximates running out of Spell Points) and an encumbrance and financial cost approach to the food used to replenish Spell Points.

As often with video game adaptations – not similar, but comparable.

As with other adventurers these stats represent Caillou early in the game, as he later gets magical equipment and some improvements such as HPs. 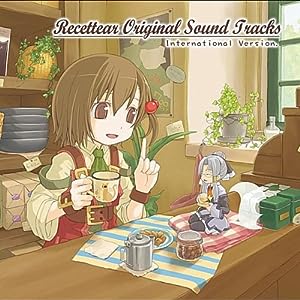 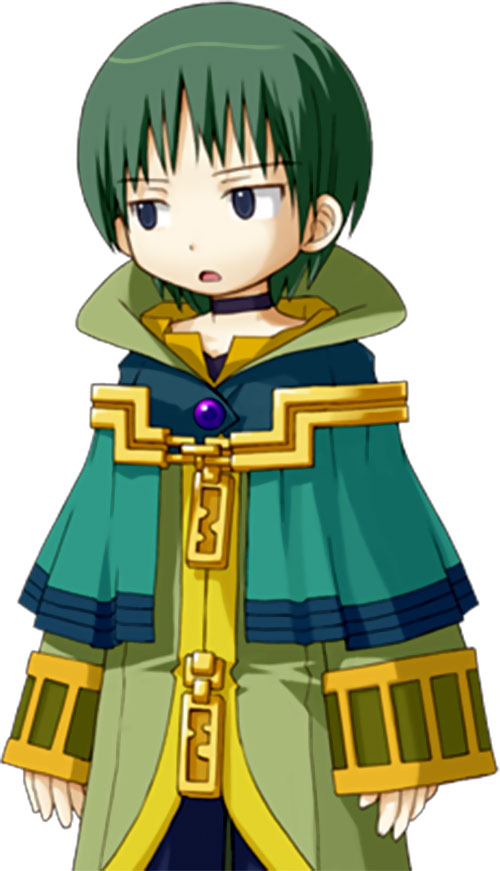