His powers have not changed much. Although he now has much better control over his flight, allowing for tight maneuvers and efficient ramming tactics.

With the New Mutants, Guthrie had many adventures, including trips to the future and past, to alternate worlds, to Asgard , and into deep space. Guthrie quickly rose to the position of co-leader of the group. He was with the group up until they disbanded and became X-Force under the leadership of Cable.

As X-Force, the group continued to adventure. But they demonstrated considerable growth, both in character and ability. The group had “grown up”, and finally took the reins away from their adult leaders to strike out on their own.

Sam became the group’s leader in every way until he was “graduated” to the X-Men by Professor X.

Guthrie has beefed up since his teenager years, and his uniforms have evolved. The most typical of the period is the lavender jumpsuit pictured above, with WWI aviator goggles and headgear.

While he’s not as strong-willed and mature as the current Cannonball, his personality description pretty much matches the one given in the “current” writeup.

By Pufnstuff and Sébastien Andrivet. 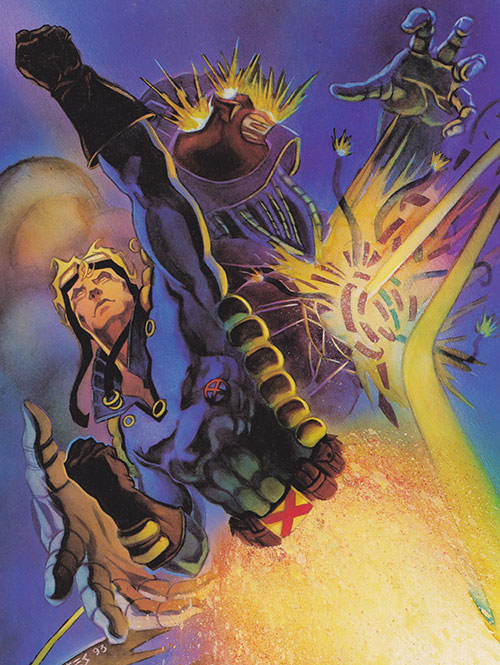 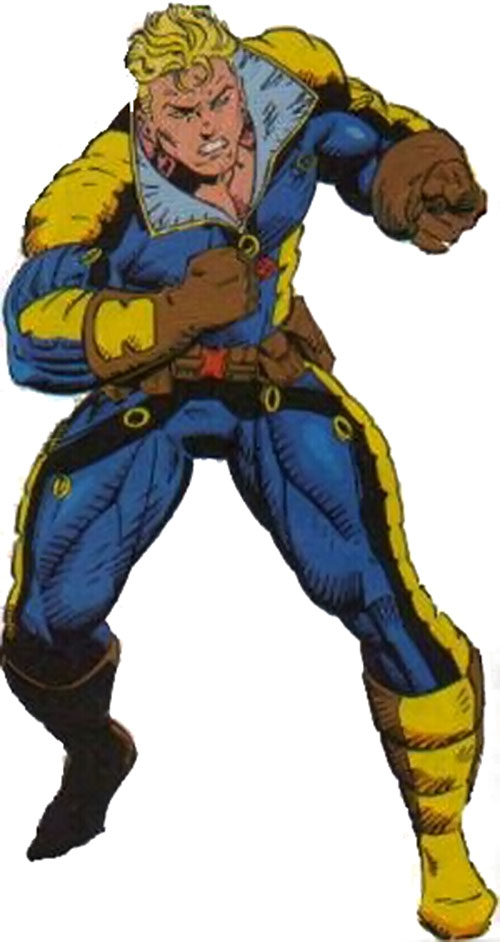