Cannonball has the power to emit thermochemical energy like the exhaust of a rocket. This causes him to fly. The reaction produces a skintight force field of a high degree of invulnerability. Anything he is carrying is similarly protected. Originally he could only use the force field while flying, but he can now use it as a projected defense.

His most recent development is to release his energy as he strikes the ground, creating a devastating shockwave as he strikes, capable of devastating a wide area (in DC Heroes RPG terms, the Bomb Power).

Sam Guthrie is a mutant. His superhuman powers first emerged when he was trapped with co-workers in a coal mine collapse. His emerging powers allowed them to escape. He was then recruited by Donald Pierce, a renegade member of the Hellfire Club. The job was to oppose Charles Xavier in his own recruiting efforts.

However, during the battle, Guthrie refused Pierce’s order to kill Xavier and his charges. Pierce tried to kill him in retaliation. Xavier saved the entire group by defeating Pierce.

Xavier realized that Guthrie was not evil, and invited him to join his newly formed training group, The New Mutants. With the NM, Guthrie had many adventures, including trips to the future and past, to alternate worlds, to Asgard, and into deep space. Guthrie quickly rose to the position of co-leader of the group.

He was with the group up until they disbanded and became X-Force under the leadership of Cable.

As X-Force, the group continued to adventure, but demonstrated considerable growth, both in character and ability. The group had “grown up”, and finally took the reins away from their adult leaders to strike out on their own. Sam became the group’s leader in every way until he was “graduated” to the X-Men by Professor X.

Sam spent only a short time with the X-Men, eventually returning to his friends in X-Force after Operation: Zero Tolerance. He once more became that group’s mainstay. Recently the group has undergone a dramatic change, and has placed Pete Wisdom, the British Black Air agent, as it’s overall leader.

Sam has experienced some subtle changes to his abilities, as he has discovered some more subtle (and not so subtle) uses.

In their first mission, however, Wisdom was killed by the mad geneticist, Nilas Roman. X-Force continued to operate without him for many months, even faking their own deaths and acting as a pro-mutant terrorism group. They went as far as to kill groups and companies that abused and killed mutants.

To avoid recognition, Sam dyed his hair and beard black, which led to him looking quite a lot like the late Pete Wisdom.

After a disastrous encounter with Wisdom’s sister, Romany, however, X- Force broke up and went their separate ways. But they still got into a fight with the new media-friendly X-Force (now X-Statix) over the team’s name.

Back to the fold

Sam eventually joined the European branch of the X-Corporation, operating out of Paris, France. He worked with some former X-Force and Generation X members, as well as some new faces. The mutants were lured into a trap in the tunnel connecting France and Great Britain by the Weapon Plus project. The incident cost dozens of lives among the humans and the life of another member of X-Corporation.

After helping with the relief work, Sam decided to retire from the world of mutant affairs. He happened across his old flame, Lila Cheney, and spent some time travelling the galaxy with her rock band. Eventually returning to Earth, the couple, back together again, took up residence in Paris.

Cannonball kept himself updated on the various adventures and mishaps the diverse X-teams were facing. He finally decided he could not hide from his old life anymore. He contacted Storm and signed on as a member of her outsider group of X-Men, as he figured that their dream of making sure that humans and mutants played nice with each other was right up his alley.

Cannonball’s current uniform is very un-costumeish. He wears a bulky leather bomber jacket, leather jeans with suspenders, large motorcycle-type boots, and goggles over his eyes with green lenses. He cuts his hair very short again (as in his original NM appearances), and sports a goatee.

Cannonball is the only remaining original member of the original New Mutants squad. Though he often seems a hayseed farm-boy overly supplied with naivete, he has a plethora of otherwordly experience, has been to space and other dimensions, and has been a (short-lived) member of the X-Men.

His determination in the face of overwhelming odds never wavers, and he remains his generation’s staunchest supporter of Xavier’s Dream.

Sam was a country boy who saw the world through the veil of his own naivete, but who had dreams of something bigger, à la Luke Skywalker. And just like Luke, the dreams came true bigger than he expected. But he has grown into what may be called a soldier for the Dream.

He has been influenced by many different mentors and friends, from Cable to Xavier to Magneto, and his world view encompasses almost everything he has seen and done. To consider him Cyclops, Jr. is not far off the mark.

Sam is brave, gentlemanly, considerate, loyal to his friends, unassuming, unpretentious, and so on. Because he has seen that life is too short and too precious for anything but your best.

Sam has been best friends with former teammate Roberto DaCosta (Sunspot), and until recently had a romantic subplot going with Tabitha Smith (Meltdown).

Bonuses and Limitations:
Thief (stealth) is only usable in Flight (-1).

Sam might be an EXternal. That is, a subtype of mutant who is immortal and pretty hard to kill on top of any other mutant power they may have. This subplot is, however, hopelessly murked and has been that way for more than ten years. If he is an EXternal, he has Invulnerability: 09. 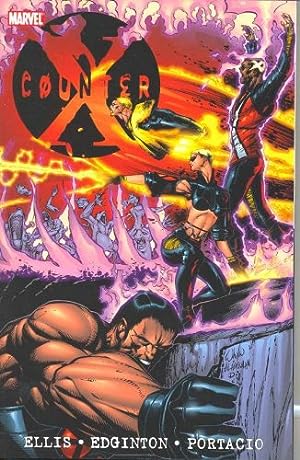 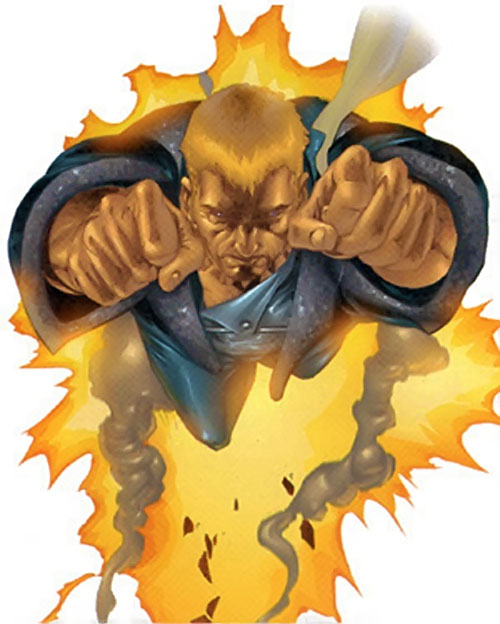