Hill Street Blues was a 1981-1987 police TV series. It was extremely influential, setting a tone and character archetypes that shaped cop shows and procedurals for decades.

Cpt. Furillo is your super-effective, diplomatic Captain of the local Police precinct.

Furillo is a professional Police Captain who is very good at bureaucracy, diplomacy and leadership. He is an articulate speaker, good at reading people and at detecting lies.

He is also capable of boosting morale and inspiring trust.

Francis Xavier Furillo is the captain of the fictional Hill Street Station on the American television series Hill Street Blues. Hill Street is a street in an unidentified metropolis and named for the hill it runs alongside.

Not much is known about the background of Furillo. His ethnicity appears to be second-generation American with Italian or Latin American origins. He had previously had problems with alcoholism, but the problem is mostly under control nowadays.

He did slip once (during which he, in DC Heroes terms, had a MIA (Alcohol)), but has since regained his usual equilibrium. Frank revealed in an anecdote that once, while intoxicated at a police luncheon, he loudly and publicly berated his superior officer, (then) Cpt. Daniels, after the latter had told a number of paisan jokes in Frank’s presence.

Frank is divorced from his ex-wife Fay and pays alimony as well as child support for his son Frank, Jr.. Frank had a secret relationship with District Attorney Joyce Davenport, who called him “Pizza Man” in private. The relationship became public and he married her in a brief ceremony during his lunch hour.

His relationship with Fay changed significantly as well. Whereas she was long a clinging, suspicious woman who constantly sought contact with Frank (whether positive or not), she eventually became more independent and more mature, which made their interaction less stressful for Frank.

It was Joyce who convinced Frank in their first encounter that he should wear suits and vests, which then became something of a trademark. Once, when all of Frank’s suits were destroyed in a fire at a dry-cleaners, his co-workers were shocked to see him in a sports jacket.

Furillo has now been a police officer for the last 17 years, and is doing a terrific job at it.

The violent presence of gang culture is a constant feature of police life. Gang culture was back then a relatively unknown concept in media and the general consciousness.

Many events relate to features of gang life, and also the very different approach of officers like Furillo and Goldblume, using diplomacy, compared with others such as Hunter, using military and SWAT tactics.

The constantly recurring gangs included the Gypsies, the Shamrocks, the Black Arrows, the Royal Blood, the Dragons, the Street Lords, the Mao-Mao, the Pagans, the Emperors, and Los Diablos. There are also several smaller gangs.

The leaders of most of the gangs are on speaking terms with Cpt. Furillo due to his many years as a trustworthy high-level coordinator and diplomat within the authorities. In game terms, he is considered above Neutral with all of them, but has to pay a fee of 5 HPs to use an actual Low-level Connection with any of the gangs.

It is not unheard of that he negotiates with one or all of them in the police house for various purposes. Negotiations often go by him asking them for a favor and giving something back to them.

Furillo is usually clad in a fine suit and wearing his trademark waistcoat or vest. After 17 years of police work he has an aura of professionalism.

Frank Furillo is the moral center of the Hill Street precinct and is a quiet yet forceful man. He adroitly orchestrates the precinct’s ceaseless battle with the criminal element.

He has the patience (of Job actually) and conviction to capably lead through major crises. He even has the patience to be exactly the sort of professional and organized leader with a cool head that the Hill Street precinct needs.

Every day and long into the night he deals with the sleazy characters living in his precinct, which is rife with drugs, prostitutes, burglary, murder and the decay of a rotting neighborhood.

He is stalwart and refuses to have anything to do with politics and power plays from upper levels of the organization. Furillo himself is incorruptible. As such he is constantly at battle with bureaucrats and self-serving superiors (mainly Chief Fletcher Daniels). Stress did, however, take its toll as he battled his own demons of alcoholism and a failed marriage.

Frank is a betterer of society, an incorruptible good guy, and an idealist at heart. He is diplomatic and patient enough to even handle gangs and their leaders well. He often handles hostage situations personally. His skill at handling problems is so great that fans many years afterwards asked themselves: “How would Frank handle this?”

He is very sympathetic and understanding towards co-workers, which makes him popular. He’s on the same page with the soft approach of Sgt. Henry Bloomberg and at odds with aggressive and militaristic approach of Sgt. Howard Hunter. Of course, he immediately picks up if somebody is trying to manipulate him.

A by-the-book man he doesn’t like the media much because of their selective coverage and how they manipulate events for a better story.

Furillo was in an initially secret relationship with counselor/attorney Joyce Davenport (with whom he spends most nights unless the beeper comes on). This relationship that later became open and public as they married. He is in constant troubles with his ex-wife (who constantly badgers him for more alimony), and is, in fact, too patient with her.

He is a caring father wanting the best for his son without being taken advantage of.

“This is the kind of crime that tears the city apart. It brings out what’s savage in thousands of people. It has to be dealt with very quickly.”

“You’ve had a taste of the despair that comes with the territory here. It’s where the job starts. It doesn’t have to be where it ends.”

“It’s a big, cumbersome, imperfect system… If you leave it, it will be a little worse.”

“Meantime I want you to get your acts together, individually, or neither one of you has much of a future. How you do that is your business, but I won’t tolerate incompetence on the job, not for any reason.”

Furillo: “Smart move, LaRue. You went out on an important operation in a unit with no brakes. How do you explain that ? Maybe I can explain it for you.”
Detective J.D. LaRue: “Hey. Wa – wa – “
Furillo [removes bottle from LaRue’s shirt]: “You’re a drunk, my friend. And because you’re a drunk, you’re a screwup. And I’m through waiting for you to change. You got a couple of choices, pal. Either this, or you call a Lieutenant Johnson down at Division and you say to him, ‘I’m a drunk, and I want to change.’ You got that ? ‘I want to change.’ Otherwise, you’re out of this police department, and I mean now.”

Captain Furillo is your archetypal, competent and diplomatic police captain and can be inserted as an ideal and fair commander in any metropolitan area. 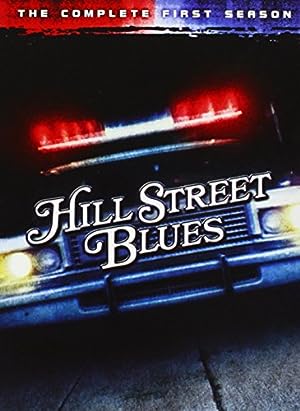 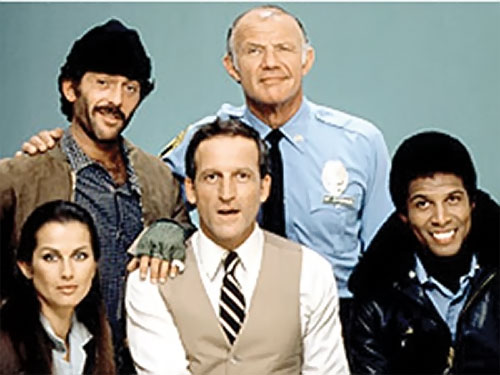