DeWolff is a skilled and charismatic police captain, with fairly good action skills. She has a remarkable power of intuition, particularly when it comes to sensing that a person is morally upright even though their reputation says otherwise. She simply knew that Spider-Man and the Black Cat could be trusted allies of the NYPD, and was adamant about it.

She has a strong and colourful personality, which combined with her unusual rank for a woman has caught the attention of a few high-value allies. For instance Reed Richards lent blasters to her SWAT team, and Nick Fury let her borrow S.H.I.E.L.D. equipment and specialists.

Legendarily tough NYPD inspector Phillip DeWolff held extreme beliefs about virility — to the point that he abandoned his wife because their second child was a daughter. He retained custody of the first child Brian, while Cella had to leave with baby Jean. Four years later Cella married with a patrolman, Carl Weatherby, and took his last name though her daughter remained a DeWolff.

Jean was raised in large part by Carl. As a result, she developed a strong interest in police work. She applied to the New York City police academy and received some of the best grades in the history of the school – though she was slightly behind her brother Brian, who had graduated a few years before.

The DeWolff son and daughter never worked together, though, as Brian disappeared after his partner was killed in the line of duty.

Jean DeWolff was assigned to the since-defunct 37th Precinct in central Bronx, as an assistant detective. She ended up in charge of investigating the disappearance of her brother.

As one of his last actions before retirement, Police Commissioner Phillip DeWolff vehemently argued against this. He maintainined that women shouldn’t be police, though this fight had been lost years before. See our Lady Cop character profile for more about these historical aspects.

The investigation never gave results and was closed after two years. What the NYPD did not discover was that Brian DeWolff had been shot along with his partner. He then had been clandestinely returned to life by his father as the psionic  thrall the Wraith.

Other cases were much more successful, and Jean rose in the ranks rapidly while gathering numerous recommendations. By the mid-1970s, she was the Captain of the 37th. Beyond her results and her competent management, she was known for her taste for 1930s clothing and cars

From 1976 to 1985, Captain DeWolff was frequently involved in superhuman activities throughout New York City – and particularly cases featuring the then-wanted Spider-Man. She also hinted that she had a secret relationship with Nick Fury somewhen during that general era.

Along with Spider-Man, Dr. Strange and Iron Man (Tony Stark), she discovered what had happened to her brother now that her father was using the Wraith to murder criminals. Brian regained his free will, and Phillip was judged guilty of the Wraith killings.

Jean DeWolff was murdered in 1985 by the Sin-Eater (Stan Carter) for no stated reason, though misogyny was a likely motive.

Captain DeWolff is an attractive woman in her 30s, usually wearing a beret and 1930s clothing. She is a chain smoker. From some jokes Spider-Man made, she apparently speaks with the traditional New York City Irish accent (think James Cagney ).

Captain DeWolff wields an iron fist in a steel gauntlet. She lives in the shadow of her legendary father, and is keenly aware that any mistake she makes will be exploited against her by packs of blue-uniformed misogynistic hyenas. 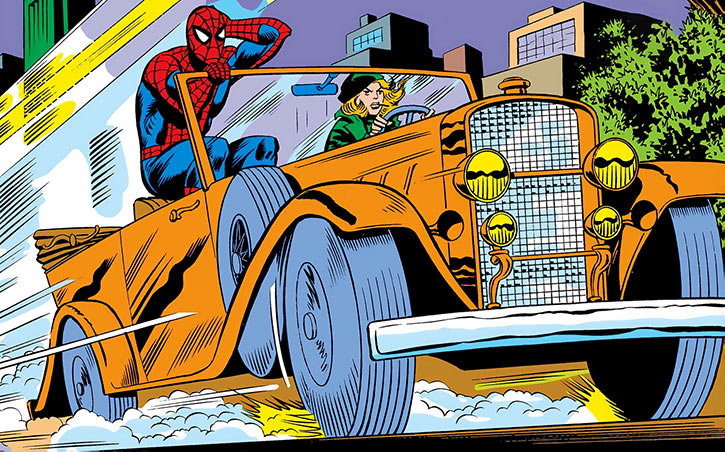 That doesn’t mean pointless authoritarianism though. She managed her precinct real well. And those cops who can see past her gender often admire her intelligence and professionalism.

Jean’s take-charge approach is very hands-on. She routinely rushes through New York City (gaily ignoring speed limits) to be present on major crime scenes. Her distinctive roadster is well known among the NYPD though, allowing for ignoring her innumerable traffic violations.

She has no hesitation personally leading a raid or participating to a superhuman tactical engagement. She also trusts her intuitions, even when there isn’t a shred of evidence to back them up, since they are usually correct.

The evolution of DeWolff’s characterisation was a fascinating study in what behaviours were allowable for females in super-hero comic books.

Early depictions still prominently feature a weak, emotional character so she still matches 1960s upper class definitions of femininity. But as the 1980s roll in this aspect fades away and/or becomes rationalised as letting off steam in private since she cannot afford to do so in public.

(DeWolff and a wanted Spider-Man are about to enter a precinct house)
Spider-Man : “Uh, teacher ? Can I raise a point ? Some folk still labour under the impression that I’m wanted by the police, and…”
DeWolff : “Don’t worry about it, honey. Just tell ’em you’re with me.”

Spider-Man : “Cap‘n DeWolff, can your people keep the Super-Skrull occupied ?”
DeWolff : “We can try. Mister, after all, that’s what we’re paid for.”

“Hello there, Mr. Bradshaw. Beautiful night for a raid, isn’t it ? Is that an illegal firearm you’re carrying ? Good ! That more than justifies our search warrant ! Read him his rights, boys !”

She’d be great in the GCPD. Or the Metropolis PD. Or Boston or the gateway PD while Wonder Woman was there.

During the 1970s DeWolff’s SPI was 02, what can only be considered a SIA to acting weak and emotional. 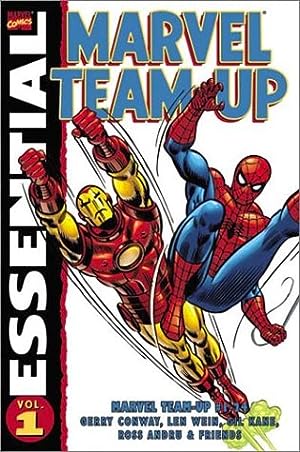 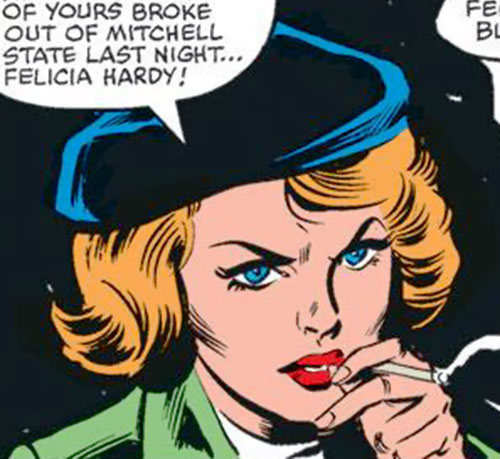 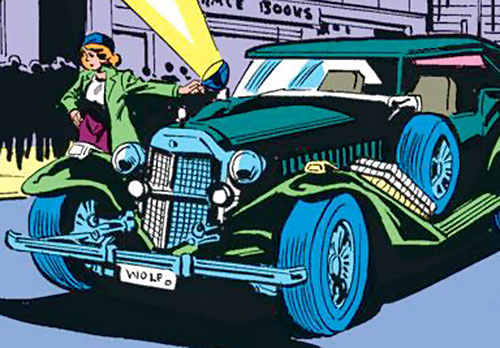 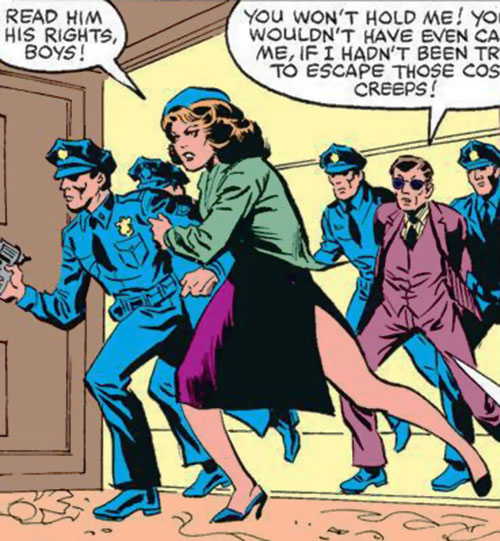