This is an abbreviated profile (Kirk is *amply* documented elsewhere on the Internet), focused on the DC Heroes stats.

James Kirk possesses no superhuman powers. Yet his skills, charisma, experience, and position as Captain of a Starship make him one of the most formidable humans in the Star Trek universe. He can beat Vulcans at chess, defeat low-level superhumans in hand-to-hand combat, and outwit Greek gods.

In short, he is an incredible problem solver, and can overcome adverse odds through sheer force of will. Or, as Lt. Uhura said upon his resumption of command of the Enterprise, “Our chances of coming back from this mission just doubled.”

Kirk was a definitive pioneer, seeking out and finding new civilizations and occasionally saving the Federation from invasion and destruction. He was keen at identifying the root of most problems and finding a quick, if sometimes dicey, solution.

Kirk is the consummate leader. He is comfortable enough to spend time in the rec room wrestling with crew members, yet poised enough to charm and dazzle heads of state. His duty to ship and crew comes before all other passions and loves.

Spock once said “Commanding a starship is your first, best destiny. Anything else is a waste of material.”

Kirk has a reputation as a ladies’ man, although he had fewer relationships on-screen than most people think.

“Our missions are peaceful… not for conquest. When we do battle, it is only because we have no choice.”

Mr. Spock: “Striking a fellow officer is a court-martial offense.”
Cpt. Kirk: “Well, if we’re both in the brig, who’s going to build the subsonic transmitter ?”

(To the recently freed Children of Vaal)
“You’ll learn something about men and women… the way they’re supposed to be. Caring for each other, being happy with each other, being good to each other. That’s what we call love. You’ll like that a lot.”

“Do you know the one ‘All I ask is a tall ship, and a star to steer her by…’ ? You could feel the wind at your back, about you… the sounds of the sea beneath you. And even if you take away the wind and the water, it’s still the same. The ship is yours… you can feel her… and the stars are still there.”

“A starship captain’s most solemn oath is that he will give his life, even his entire crew, rather than violate the Prime Directive.”

“Let’s get the hell out of here.” (After the death of Edith Keeler)

“We tried it once your way Khan, are you game for a rematch.” (pause) “Khan, I’m laughing at the superior intellect.”

Drawbacks:
SIA to commanding the USS Enterprise and protecting his crew.

Notes:
The Mirror Kirk took command of the ISS Enterprise after killing its Captain Pike, and was extorting Dilithium mining rights from the Halkans when an ion storm in their atmosphere caused him, along with Dr. McCoy, Mr. Scott and Lt. Uhura, to be exchanged in transport with their counterparts in the “Normal” Star Trek Universe.

This Kirk lacked the ingenuity to impersonate his counterpart, so he and his crew spent their time aboard the USS Enterprise in the brig until the two Spocks managed to beam the Halkan landing parties back to their own universes.

If playing in a humorous genre, or just for laughs, one can argue that Kirk has the following Equipment:

Source of Character: Star Trek: The Original Series and Star Trek movies 1-7. The new Star Trek movie (#11) is “alternate history” and as such is *not* covered by this write-up. 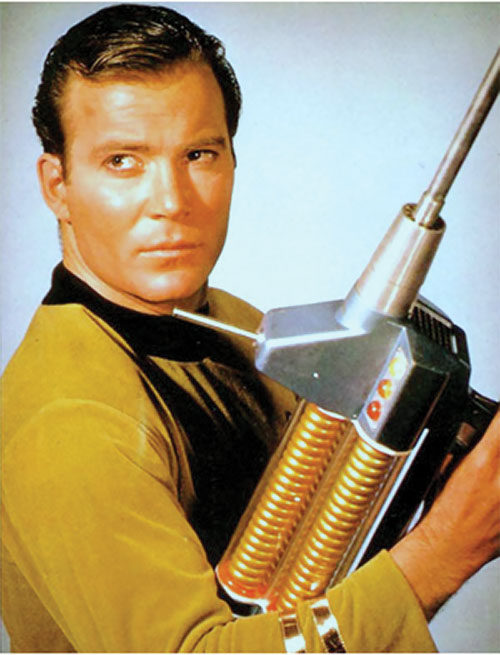 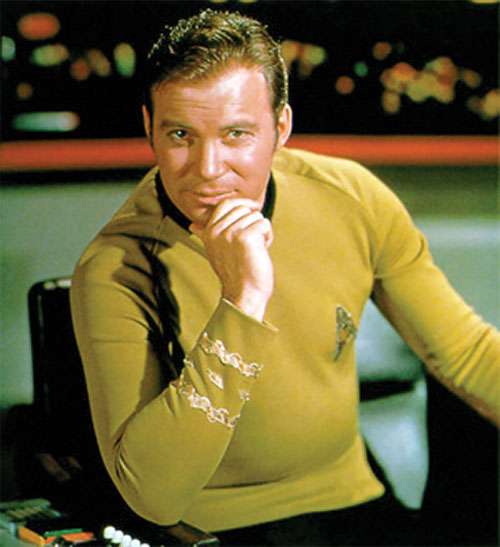 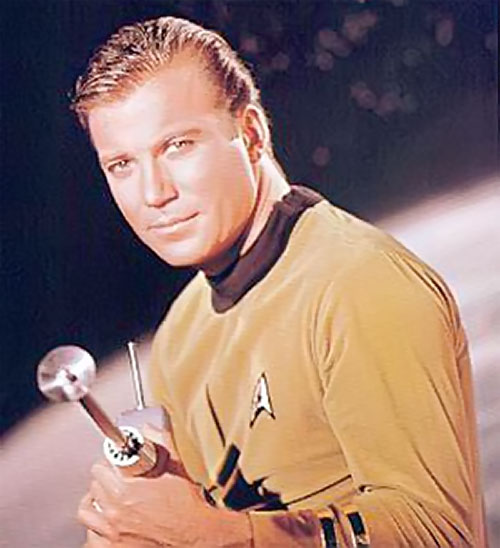