Captain Laser is an android whose head is a powerful light generator. He can use his eyes like pen lights, shoot a potent energy beam through his helmet’s visor, or even flip his face back to turn it into a searchlight.

If you cover his right eye so only his left one glows, Captain Laser becomes the ancestor of many Rob Liefeld characters.

One assumes that Captain Laser can drive and fly various vehicles, because Mattel wants you to buy those too.

The goofy reflective surface in his chest is bound to reflect enemy laser fire.

The toy’s box did not have a shred of context about this action figure.

Big-Jim.eu  (whence the illustrations come) notes that the toy was released in the late 1970s to catch on the then-hot sci-fi wave (think Star Wars or Battlestar Galactica).

See illustrations. Colourful, eh ? You can find additional photographs of the toy in a short article by our friend Cédric at Je suis pas Superman .

The stats are of course completely arbitrary. 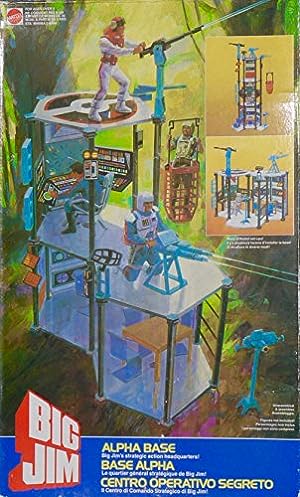