Nemo is a reclusive polymath, engineering genius, prince and explorer.

There are two known versions of the Nautilus. The first one is featured in the Verne books, and may have been too damaged by the catastrophe at the Mysterious Island. She was succeeded by the one featured in League of Extraordinary Gentlemen.

Dimensions are given as 232 ft long, 25 ft wide and 15000 tons, with a simple cigar shape and a small crew (20 persons ?). There are three protuberances at the front allowing for ramming manoeuvres, and a dorsal mounted searchlight and pilot box, both of which are retractable into the hull for speed and ramming. Once the pilot box is retracted, the Nautilus can only rely on her Sonar.

Sufficient armor to bounce a nine pound cannonball shot and ram other ships without suffering damage. Ballast tanks are emptied via water cannons, which can be used much as they are today during civil commotion. Can submerge up to five miles depth for brief periods and stay under for 72 hours using reserves tanks. 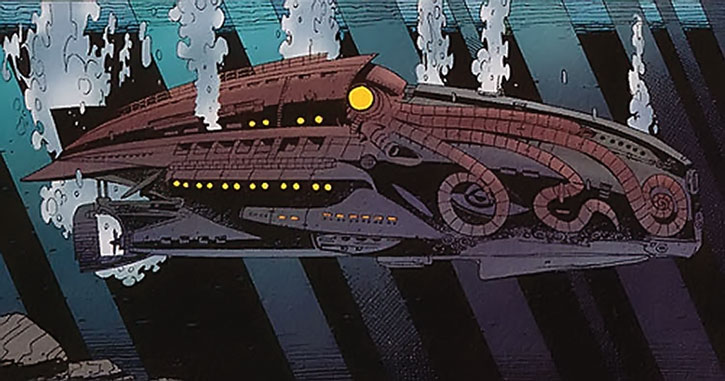 It has been described by an observant fellow as “an ornate wonder of the steampunk age”. The redesigned Nautilus looks like a streamlined steam engine train with a gigantic mechanized octopus mounted on the rear half.

The tentacles of the octopus extend forward laterally along the front half of the Nautilus and are more than just decorative. They can be used to manipulate objects in the manner of a living octopus.

The enlarged eyes of the octopus’s “head” are the viewing ports of the pilot box, which is no longer retractable but is more heavily armoured.

In addition to the tentacles, the Nautilus has a least one powerful retractable cannon equivalent to a naval artillery piece (seen in the second series). A rather large port in the bow of the Nautilus might imply a larger cannon or more likely a torpedo launcher.

The second Nautilus has been depicted as storing a large bric a brac of Vernian items – from amusing souvenirs to the Victoria, the balloon in which the reputed doctor Ferguson spent five weeks of well-known adventure . The Victoria has unfortunately been wrecked, but it is likely Nemo will have it repaired due to its sentimental value.

Side notes about the movie version

The movie Nautilus has always been shown as much wider and heavier than the vessel described by Verne. The Nautilus used in the classic Disney film would probably displace close to 4,000 tons if it’s the length described by Mr. Verne.

The Nautilus from the Disney film has a saw toothed dorsal ridge stretching from the base of the ram to the to the roof of a (non retractable) pilot house. It’s not in the book, but it is visually impressive and makes quite a bit of sense. Instead of piercing a hull, the ridge cuts the hull like a saw, and probably delivers less shock to the crew.

The dashing Prince Dakkar was born in India, the son of a rajah in Bundelkhand . That kingdom was still independent of English rule, but they couldn’t ignore the White man’s presence.

Dakkar’s uncle had been a great hero of the Mysore wars  – both an independence movement intended to cast the British out, and a move in the France-England cold war over colonies. French backing and weapons allowed for several serious uprisings, but Tippu-Sahib  was eventually killed by the British.

His father seeing how important French help had been, the young Dakkar was, at age ten, sent to make his secondary and advanced education in Europe. In particular Dakkar stayed in England, where he was noticed by the colonial police).

The idea was that he would bring back the knowledge and weapons of the western world to ensure the continued independence of Bundelkhand. Spending much time in England, he would also get to know about the main enemy. His family being extremely rich, this was quite feasible.

Dakkar came back and later found himself at the heart of the Indian Mutiny (aka the Sepoy revolt ). His knowledge, charisma, fortune and devotion fuelled and armed the revolt. He fought in the front lines all the time, was wounded numerous times, lost his wife and children, and ultimately failed.

Fleeing as his great revolt and dreams were shattered, he used some of his still considerable fortune to construct a revolutionary vessel, the submarine Nautilus. Dakkar left land forever, becoming a man with no nation save the sea.

Nemo the eternal loner and rebel had numerous adventures. Some against the elements and creatures of the sea, some against the colonial powers attempting to bring him down or impose their power on other peoples, a few while salvaging great riches from wrecked ships.

He also struck various blows for anticolonial and freedom movement, bringing his strange brand of maritime help – with only a black flag with the letter N as his banner. During the 1860s he rescued three men – the famed French marine biologist Professeur Pierre Arronax, his aide Conseil and the rough whaler Ned Land.

Finding Arronax an interesting and scholarly man, and starting to become lonely, Nemo had them accompany him during various tribulations under the sea. Those events were chronicled as 20,000 Leagues Under The Seas.

He only gave them the name “Nemo” (meaning “no one” in Latin, probably as a reference to the name Odysseus used after blinding Polyphemus) and never discussed his past. His passengers fled the Nautilus during an encounter with a warship.

It took months for them to discover that the island had huge underwater caves, and that one of those had been chosen by the Captain Nemo as a harbour.

Nemo was then older, tired and somber, but actually discussed his troubled biography with the admirable mister Smith. When the island was destroyed in a natural catastrophe, the five companions were narrowly rescued, but assumed that the Nautilus and Nemo had been destroyed in the explosion.

Nemo actually survived, and sailed the Nautilus alone. In later years however he would reconstitute his crew, with such well-known figures as Ishmael  (the young man who witnessed Captain Achab’s hunt of Moby Dick) and John “Broad Arrow Jack” Ashleigh , a sort of Robin Hood British adventurer.

Under unrevealed circumstances, he became an agent for his sworn enemies, the British, as represented by Campion Bond of the MI5. This led to his joining the League of Extraordinary Gentlemen.

Nemo is an outcast and loner prince, who considers himself far beyond the bounds of nations, their laws and morals. He is somber and reserved, but with obvious charisma, intelligence and authority. Despite his distaste for civilization, he appreciates the company of great men and adventurers, and has become friend with Allan Quatermain.

Although he’s now unfamiliar with women (it is probable none ever set foot on the Nautilus until recently), he respects Ms. Murray for her obvious qualities and intelligence.

Nemo enjoys the sea, smoking excellent cigars, playing the organ and inventing new devices. He’s especially proud about his designs for steampunk diving suits, batteries, hulls, harpoon guns, etc.. In his youth he would parade them to anybody who could appreciate the ingenuity of his work, but this trait seems to be pretty much gone now.

He is apparently a worshipper of Shiva.

Nemo hates England and its colonial empire. He will never hesitate to hurt the British, and has committed his most heinous crimes getting payback on England for the horrible massacres committed during the Mysore and Sepoy Wars. This makes his association with the British government at the start of the first League tome quite mysterious indeed.

Nemo has confessed to Quatermain that he was in for the simple thrill of adventure – that even in his old age he craved for action and discovery.

Nemo can get quite headstrong about politics. He is, after all, an international terrorist, mass murderer, pirate and agent provocateur. But Miss Murray’s extraordinary personality often allows her to be more flexible on matters of principle than would be expected from him. For instance, while he was highly reluctant to pass himself for Murray’s servant during one investigation, he did play that role for a few hours.

It should be also noted that, although depicted as an horrible monster and heartless, Godless murderer by much of the western world, in his old age he had doubts as to whether or not his actions had been right and just, or if he had allowed himself to become too much like his old oppressors.

Home by the sea

Nemo tends to stay on the Nautilus, rather than on land and amidst so-called civilisation. He left both a long time ago. He does not oppose operating on terra firma or in great metropolises whenever a mission calls for it, however.

Nemo is a very attaching character, and it is quite good to see him again – and in the hands of a capable writer.

“Please come aboard, memesahib Murray. If I must have women on my ship, it is preferable they are alive, I think.”

“I am not what you refer to as a civilized man. I chose to leave society for reasons of my own.”

There is already a Nemo in the DCU – Arthur Gordon Pym, who went insane after discovering the Dyzan. His Nautilus was powered by Vril – an energy source that was also used to empower Neptune Perkins, his grandson. This insane Nemo is the culprit for the loss of the Titanic.

Source of Character: League of Extraordinary Gentlemen ; 20,000 Leagues Under The Seas, The Mysterious Island. 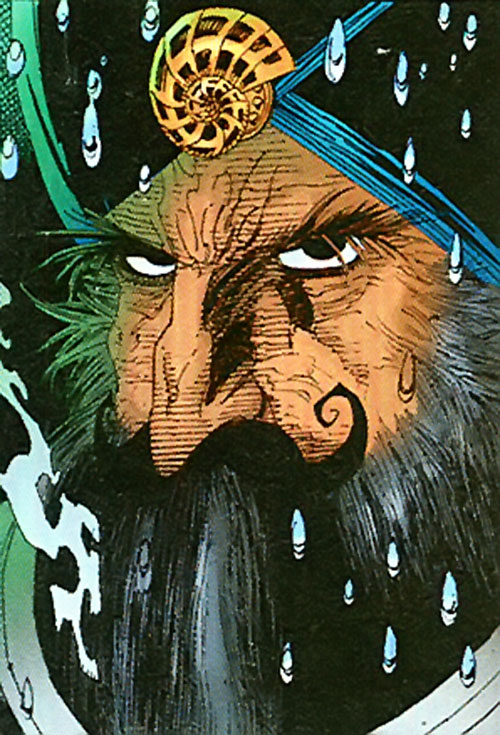 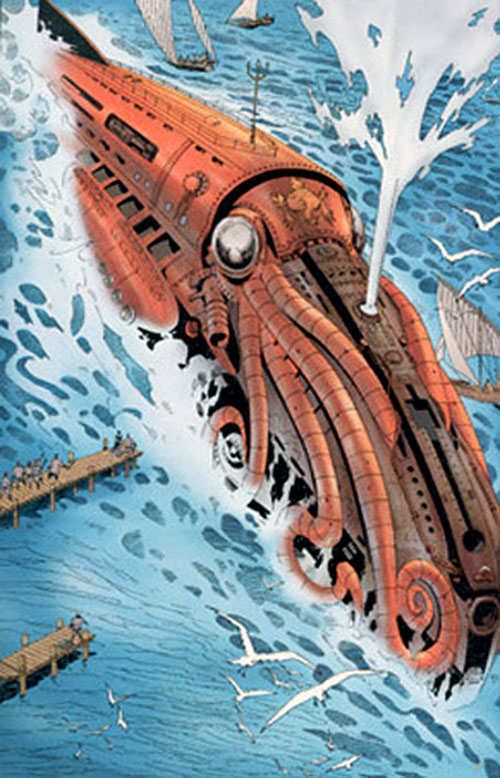 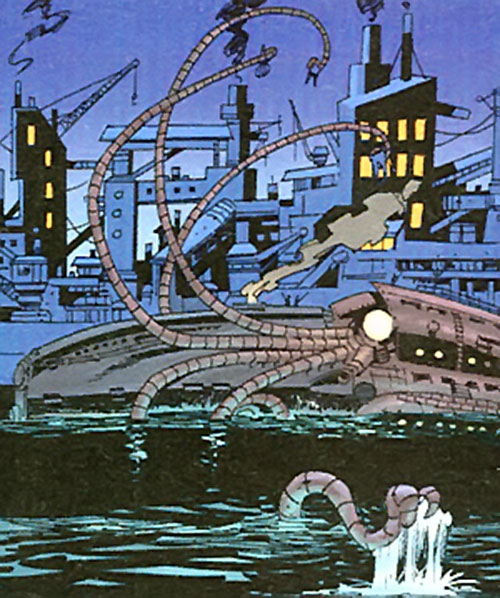 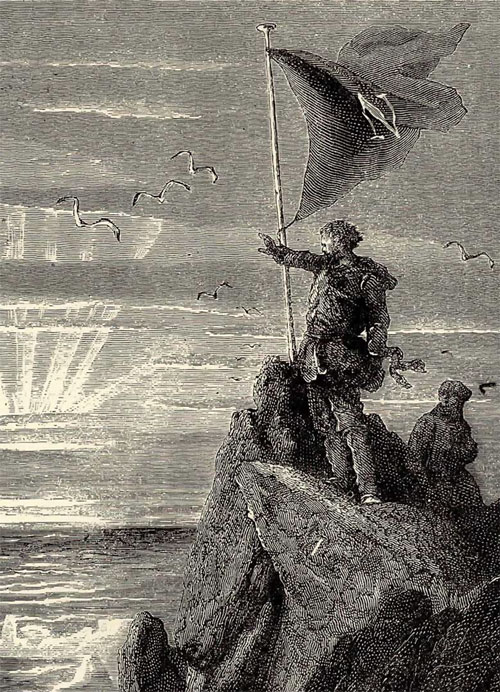 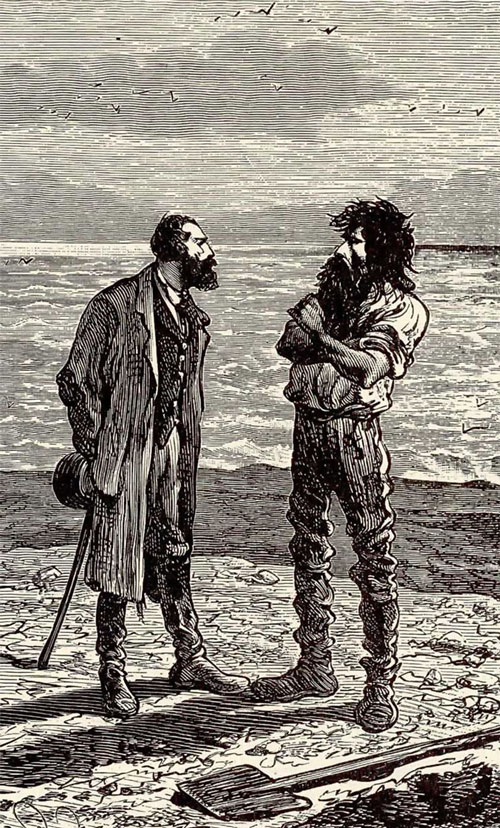 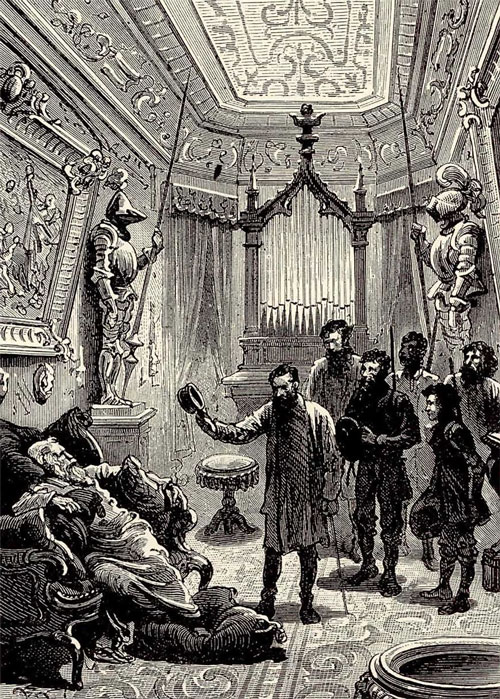