Caress is a member of the Fatal Five, one of the more interesting and capable groups of opponents for DC Comics’ Legion of Super-Heroes.

But she’s a fairly late addition to the team, having first appeared in 1986.

Originally, this profile was a refresh of her official, Mayfair game stats. Our contributor Chris later overhauled this into a fuller profile.

But this has limits – though she seems to have fine potential, she has very little material in primary sources  .

Caress’s hands can secrete a powerful acid-like substance. It can burn through human flesh or most natural elements.

The Khunds have also enhanced her arm and upper body musculature. This makes her a superlative wrestler, especially for holding her target in place when she applies her acid touch.

She has exceptional skill at many forms of personal combat and espionage. 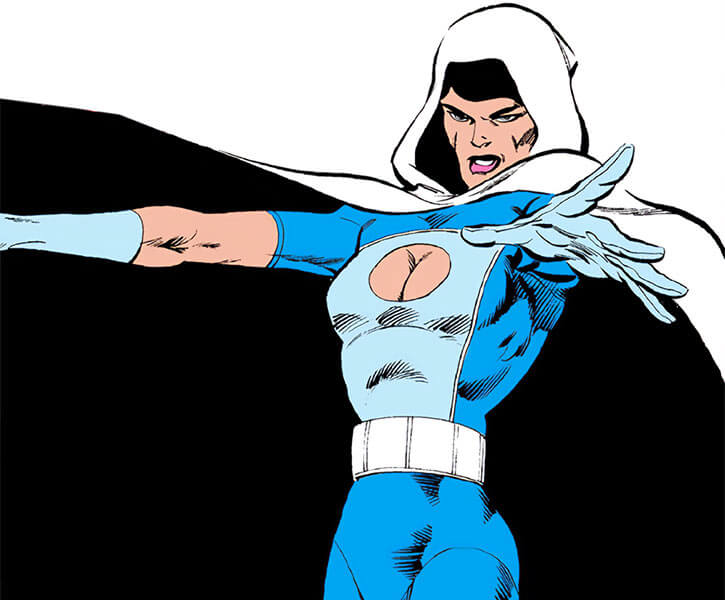 Caress began her career as an adventuress and mercenary in the later half of the 30th century. She left Earth to hire herself out to various causes in search of power and wealth.

Wanting more things than were available to her family’s resources, she learned at a young age how to work around the system to get what she wanted.

Having rejected the Science Police and other forms of lawful employment, she chose only those causes outside the norms of society. She also felt that these were more challenging.

This led to her involvement in many quasi-legal operations. Her love for valuable things led her to set up several treasure caches secreted around the galaxy from her ill-gotten gains.

After years of martial arts and espionage study and experience, she began hiring herself out for solo mercenary work.

When she was offered a particularly distasteful job by the Khund Empire, she accepted on one condition. That they use their expertise in cybernetics to give her superhuman powers in payment.

She fulfilled her side of the bargain. From there she was modified so that her arms were stronger and her glandular system produced an intensely powerful corrosive secretion. She called this her acid touch.

This brought Chi Tsan to the notice of a more powerful class of criminals. Ultimately, she was offered a place in the regrouped Fatal Five being formed by the Emerald Empress.

She fought with the Fatal Five against the Legion, and is currently being held on the prison world of Labyrinth. 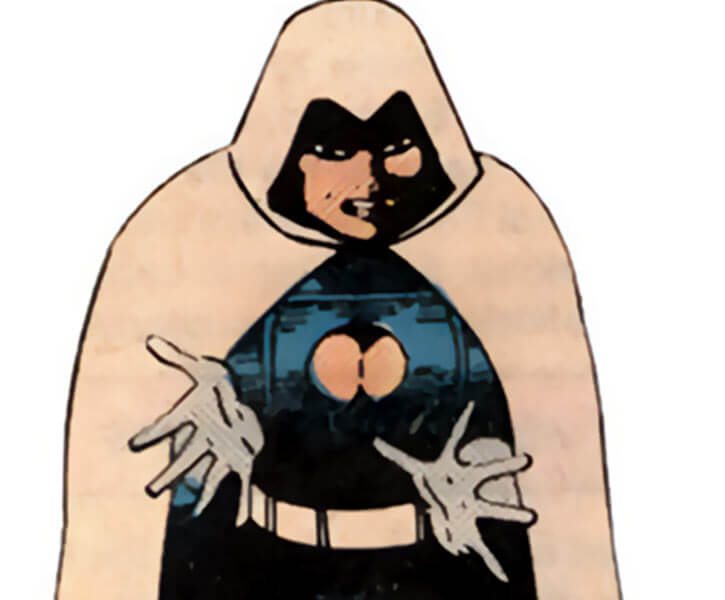 Caress is a tall, powerful woman with short-cut dark hair.

She wears a dark blue full bodysuit which covers her completely except for a circular cut-out showing her cleavage. Think Power Girl.

She wears a white cape/cloak with a hood that keeps most of her face shadowed and sinister-looking. Think Raven.

Her hands are bare to allow her to apply her acid touch. Think about running away.

A ruthless hired killer and one-note character, and little else.

Her lust for power and riches is strong, and she works remarkably well with the Fatal Five. The Five have a very strong synergy thing going on.

“You promised great wealth and power—and my acid touch is ready to seize both.”

“Don’t you like my touch, Sensor Girl ? First I’ll sear off your illusion, and then your skin. Have I touched your body yet — do you burn ?”

Acid has No Range.