Cassandra has vast mental powers. The most powerful of these is a telekinetic blast, capable of causing both physical and mentally, which has knocked out an entire team of Avengers (Sersi, Thor, Hercules, Vision, Black Widow, Black Knight, and Crystal) in a single blast (for which she maxed out on Hero Points ).

She can also subtly influence minds, and force her way into their minds.

Cassandra is a native of an alternative reality, whose Earth fell victim to the madness of its Sersi. She was saved by Proctor. He claimed his reality had also been a victim of his Sersi, and recruited her into his Gatherers. The Gatherers’ goal was to hunt down and stop the Sersi’s of other dimensions  before they did the same to their worlds.

Some travellers to alternate realities have trouble physically adapting to a dimension where a version of them already exists. They can be left disoriented and weakened. Proctor discovered the “Gathering” ritual as a way around this. It involves locating the traveller’s counterpart and killing them.

On another gathering trip, they Gatherers recovered the Coal Tiger. He was grievously wounded when they found him. Thus, he needed Gathering quickly to have a chance of surviving in the new dimension. Sensing that his counterpart was also an Avenger in this dimension, Proctor sent the Gatherers to Avengers mansion to access their computers.

The Gatherers had already infiltrated the Avengers’ mansion twice, undetected. But the Avengers had detected anomalies, and were prepared for them on this occasion. They fought briefly, but Cassandra managed to subdue the Avengers. Thus, the Gatherers escaped with the information about their new member’s counterpart, the Black Panther (T’Challa).

They travelled to Wakanda, only to discover that the Avengers had warned T’Challa about them. As they attacked him, some of the recovered Avengers arrived, transported by Lockjaw. They came to the Black Panther’s aid. While the battle raged, the Black Panther was subdued by the Gatherers, and Cassandra attempted to Gather him.

However, the ritual was disrupted by the Coal Tiger, who refused to let another die in his place. He soon died, and the Gatherers fled. But the Swordsman was captured before he could get away.

Concerned for his well-being, Magdalene begged Proctor to let them rescue him. Proctor sent them to Gather the Vision from Swordsman’s dimension, whom he said he would send to rescue the Swordsman. When they returned with him, Proctor released Tabula, whom he sent with the other Gatherers to capture Earth-616’s  Vision.

After swapping the minds of the two Visions, he sent his Vision to infiltrate the Avengers. This Vision had secret orders to execute the Swordsman, keeping the other Vision captive.

When the Gatherers’ Vision failed in his attempt to kill the Swordsman, he was captured. This led the Avengers to Proctor’s citadel in the Andes. The Avengers stormed the citadel and battled the Gatherers, freeing their Vision.

Deciding he had done enough damage for the moment, Proctor activated the self-destruct mechanisms of his citadel. He then teleported himself and Ute away, abandoning Cassandra and the other Gatherers to the citadel’s destruction. It is unknown whether she survived.

Prickly and vicious, Cassandra does not suffer fools. She can be aggressive and short-tempered with everyone, enjoying the pain she inflicts on her enemies.

She frequently uses her helpless appearance, boosted by her Hypnosis, to cause enemies to lower their guard. One example was cowering away from the Black Widow, using Hypnosis to make the Widow see her as presenting no threat. Then the Widow was close enough for Cassandra to launch a dangerous surprise attack.

She acted as field leader of the Gatherers when Proctor was not present. She serves as Proctor’s confidante, and is more aware of his activities than her team mates.

The Gathering would probably work better in the DC Universe, where it’s already established that travellers in Hypertime  cannot survive on a world where a counterpart of them already exists.

Bonuses and Limitations:
Mental Blast and Mind Blast both have the Area Effect bonus (+1), and have the Combined Power Usage bonus with Mind Blast as the primary power (+2). 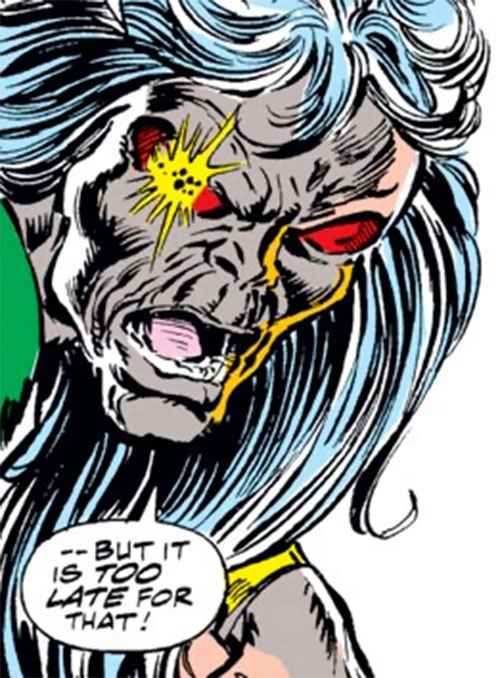 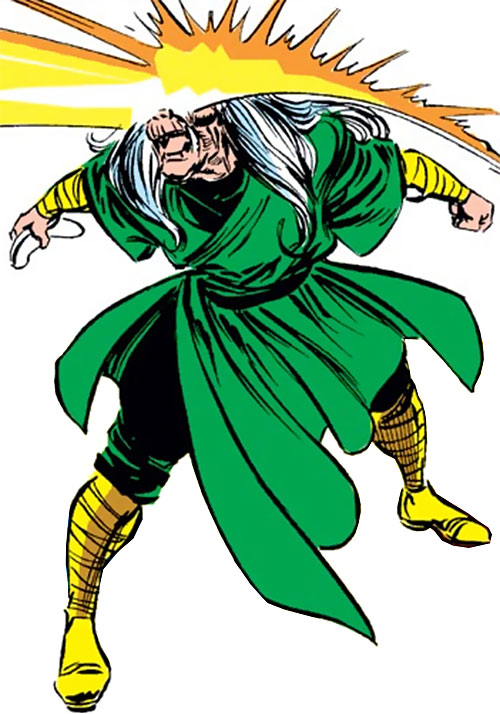 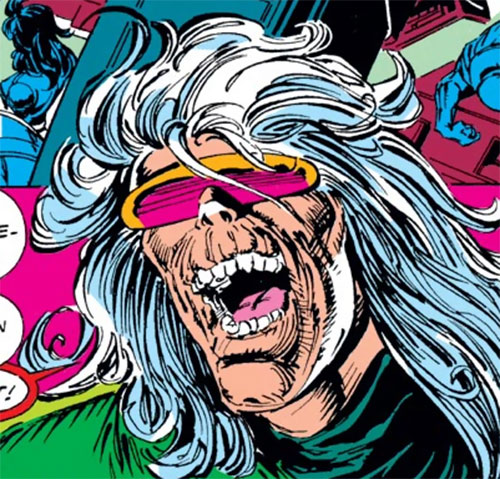