Fortress of Mystery and Power
– Blurb on the Castle Grayskull boxed play set.

Introduced in 1983, the mystical Castle Grayskull is a core component in the He-man and the Masters of the Universe mythos.

It is a focal location of power, home to the Sorceress and the Spirit of Grayskull. It also is the source of He-man and She-Ra’s might.

For context, we suggest that you first read our primer to the Masters of the Universe 1980s cartoon setting.

Setting the mood while you read

The castle is not considered part of King Randor’s Kingdom. Still, it sits on the edge of his realm, halfway between The Royal Palace and Snake Mountain.

Grayskull is considered a small keep.

Grayskull is surrounded by very little land that would be considered its own.

Temperate forest. The sky is usually overcast with a reddish tint.

Castle Grayskull sits in the Evergreen Forest. The land directly around the castle is rocky and barren.

The Castle sits directly over a bottomless abyss. In the “Into the abyss” episode, it is revealed that it goes to the center of the planet.

Bottomless abyss – The source of Grayskull’s power is down there.

Acting as an “air moat”, the high winds make a descent quite dangerous even for flying characters.

Since it is a source of power and knowledge, both good and evil powers want to control it.

Yet, most inhabitants of Eternia have no idea of what lies behind the castle’s ominous skull-shaped entrance. Even King Randor seems oblivious. He calls it an old keep on the border of his kingdom.

No kingdom owns the castle. The only resident is the Sorceress of Grayskull.

The Spirit of Grayskull is a manifestation of the castle’s magic. Its role is as advisor to the current Sorceress. It acts to defend the castle and the Sorceress.

The Sorceress is in control of every aspect of the Castle.

The Castle doesn’t get involved in the law of the land. Villains defeated here are handed over to the Royal Family for sentencing.

For the most part the castle remains sealed to outsiders. 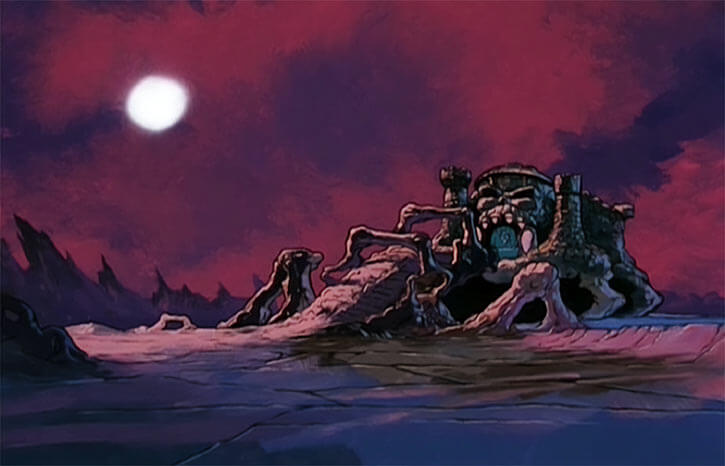 See the Masters of the Universe primer article for how Wealth is represented. The castle provides nothing to support itself or its single inhabitant financially.

Grayskull, like the Royal Palace and Snake Mountain, has a mixture of magic and science.

Grayskull itself is a medieval style castle with the usual trappings. It also houses a sophisticated computer capable of control over some of the “Space Portals” within Grayskull. There is also a memory projector like the one Duncan built.

Space Portals or dimensional openings are doorways to other places. This can be other dimensionsOther realms of existence that are not our universe., places on Eternia, or other planets. Some are constant and stable while other portals are fickle. 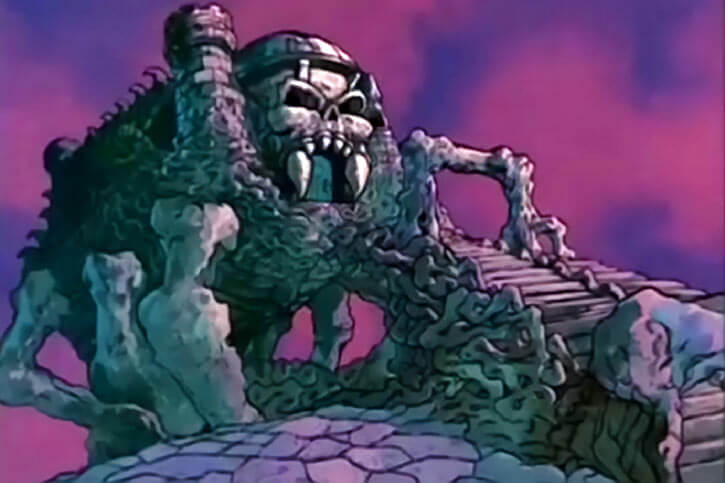 A castle was built long ago in Grayskull’s current location by the ape tribe. It was presumably used as a stronghold and eventually abandoned.

Castle Grayskull wasn’t built over a bottomless gorge. Yet that’s where it rests in present day.

The old castle has become a point of power, being a gateway to countless worlds and dimensions.

Throughout its history Grayskull has had a single keeper. A sorceress.

When evil times come, a fighter for good is needed. Grayskull opens for the one destined to take on the role. The Sorceress and the Spirit of Grayskull work together for the good of all Eternia.

The Sorceress chooses a champion to wield the power of He-man. Currently it’s Prince Adam.

Grayskull has a 06 AP Workshop. 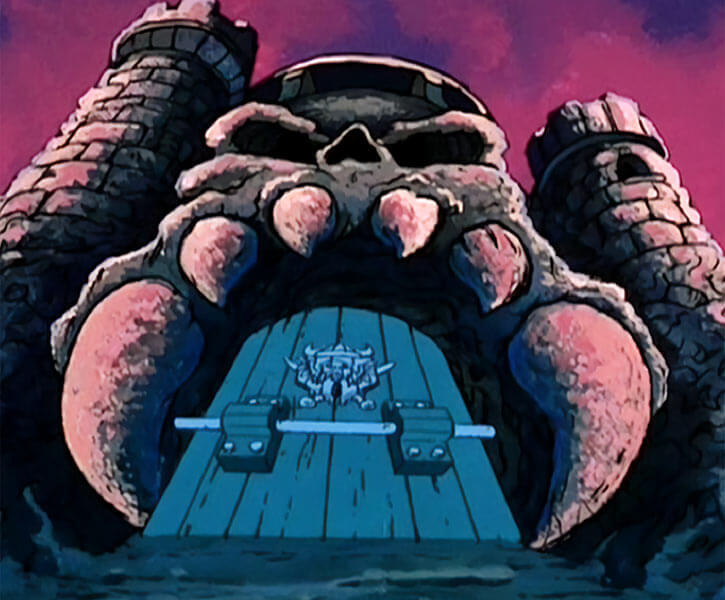 The Castle’s powers are at the whim of the current Sorceress of Grayskull. She may also use her own powers through the portals.

There are many magical windows in Grayskull.  Windows are like Space Portals but primarily for viewing. Here are a few: 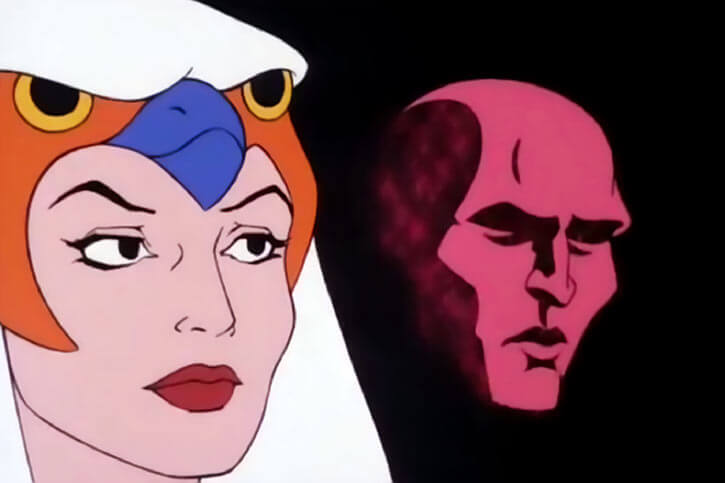 The Sorceress and the Spirit.

The Spirit of Grayskull

It appears as a red ghost-like man’s head. The spirit is a 303 points Character, and only appears in the “Teela’s Triumph” episode.

Charisma is a Powered skill.

Advisor to the current Sorceress.

The Spirit of Grayskull doesn’t have a physical body.

At certain times, like when the Cosmic Comet was passing overhead, Castle Grayskull is weaker than at other times. The exact AP amount is unclear.

Source of Character: Filmation Presents 1983/1984 animated series He-Man and the Masters of the Universe.