Cat Claw was a 1981-1995 Serbian parody super-hero comic book. Much of the appeal was the T&A, as the author described it as aimed at “male pigs”. But it also channelled late 1970s Romita Spider-Man art in a nice way, so silver lining here.

This short, older profile presents Cat Claw as a legit heroine. Since her abilities set is an archetypal one, that sounded useful.

Her superheroine career is also backed up by her scientific knowledge, especially in biology.

For some reason she requires very little sleep. Thus, she can adventure during night and study during day. Her presence and reputation easily scares criminals and impresses the common men as she jumps from roof to roof (much like the Crow).

Caroline Connor used to be a talented biology student at a University in New York. One night when arriving at her Institute for some late work she was attacked by a cat clawing her arm. Shortly thereafter she met the Professor who was hunting the cat. The animal had just been used as a test subject in radiation experiments.

They parted and Carol went to the experimental lab. The radiation apparatus therein was still activated. She was confident she could deactivate it, but failed. Instead the machine blasted her with full power. Carol became unconscious and the lab lost all its power.

The proportional strength and agility…

When power returned and she woke up she was blinded by the light. Outside the lab her room mate Jeannie Jones was being assaulted. Carol stepped in and easily beat all the thugs. Surprised, she left before Jones, who had fainted from shock, woke up. She realized she had somehow gained very cat-like abilities from the accident.

Carol had always been a great fan of comics and superheroes. Thus, she devised a costume to become the superheroine Cat Claw.

As Cat Claw she has battled such foes as:

She is always hunted by the police, led by Lieutenant Battleball Bullet or the police chief McDonald (who is also the mercenary Ninja Deathbringer). She has had romantic subplots with investigative journalist Phil Fireball and elite policeman Cameron Hill. She also keeps an eye on her roomie Caroline Jones.

To this day Cat Claw continues her adventuring.

The mask, gloves and boots making up her costume are made from a special fabric/metal which she stole from Grays Institute. There was insufficient fabric to make a complete suit. On one hand, this is quite successful at drawing attention away from her face. It also protects her secret ID – Carol would never wear anything that daring.

On the other hand, Carol has a habit of falling out of her skimpy costume quite regularly, when it’s not ripped to pieces in combat.

Cat Claw is a free-spirited, adventurous woman. As Carol she is rather shy, relaxed and a romantic. But as Cat Claw very daring, flirtatious and quick to anger. She is more cat-like than people realize as she becomes affected by spring seasons much like a cat, she hates dogs, likes to hunt rats and loves milk.

In combat Cat Claw is a wisecracker, constantly angering opponents, but also very self-critical. She is also looking for the right man during her adventures. In combat she easily uses excess violence (often risking to kill the opponent) and can when angered be very savage.

Cat Claw is Carol’s way of living out her fantasies and making something good. But she won’t do anything as Cat Claw that is really opposed to her moral beliefs, will always protect the innocent and will only occasionally break the law.

Although the world of Cat Claw is neither the DC nor the Marvel Universes, it is filled with superbeings. Superman, Daredevil and Spider-Man are commonly referred to so she would fit perfectly in any kind of superheroes campaign set in New York City as an extra hero. 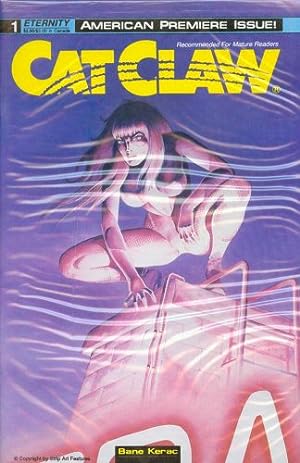 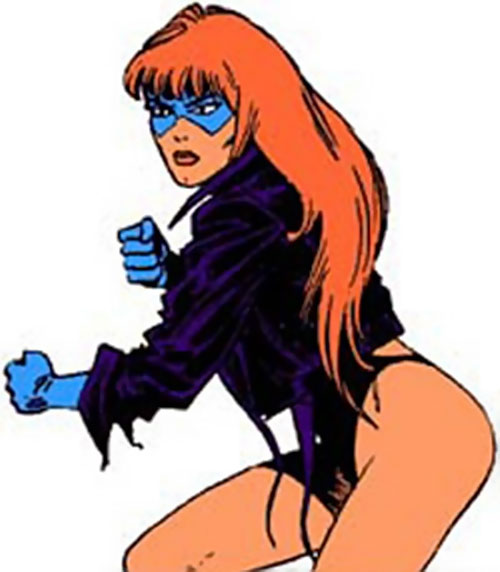 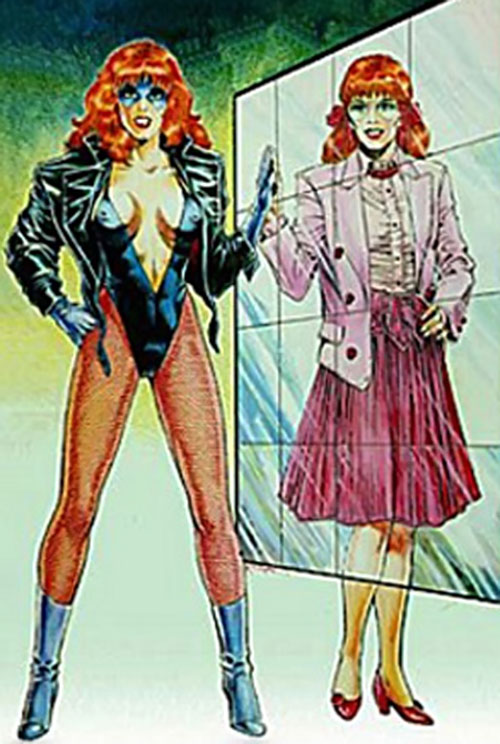