Cat is proficient hand-to-hand fighter. She favours a flashy style, heavy on kicks and jumping kicks.

She generally seems to be an experienced and competent field agent, and to be a cut above the rest of the Gene Dogs. Malone is closer to a super-agent than to an enhanced grunt.

Despite her code name, there is no evidence that Cat was enhanced using animal DNA as the Gene Dogs were. Feline-DNA-based enhancements to her agility, speed and strength are possible, but not mentioned.

Cat is telepathic. With a few possible exceptions , cats aren’t know for these. Perhaps Malone had low-level teep  talents that the Gene Chips technology could enhance to usable levels.

As per the Gene Dogs’ main entry.

Cat joined the Gene Dog right after Panther was killed. She apparently had been a S.T.O.R.M. agent for years, and occasionally commanded squads of armoured troopers.

A trusted operative of Dinkelbach, she was required to join since he suspected that one of the Dogs was a traitor.

Among the Gene Dogs, she was rejected by Tyr, Panther’s former lover. He resented that he replaced his dead girlfriend. This worsened after Cat determined that no Dog was a traitor – and that the plant had actually been Panther.

But eventually, the entire team accepted her.

Cat is the cool, smooth, competent type. She’s slightly flippant, charismatic and shows both confidence in her abilities and common sense.

She seems to like being liked, and also tends to gravitate toward leadership positions. She’ll occasionally displace Pacer’s leadership with her own (which happens to be more efficient).

“Wait ! I’m getting no psi reading from Q7 at all. Their minds are being suppressed !”

Bonuses and Limitations:
Mind Blast has a Range of but 02.

Bonuses and Limitations:
Cat’s Military Science (Blitz) is Contingent upon her Telepathy, and can only be used on a person with whom she has a mind-link.

Bonuses and Limitations:
Cat’s Leadership is Contingent upon her Telepathy, and can only be used on a person with whom she has a mind-link.

Given the modest amount of material to benchmark them with, some of the stats are speculative.

Benefit 1 (S.T.O.R.M. sensors can focus on the Gene Dogs’s gene chips to monitor them and their vital signs), Equipment 1. 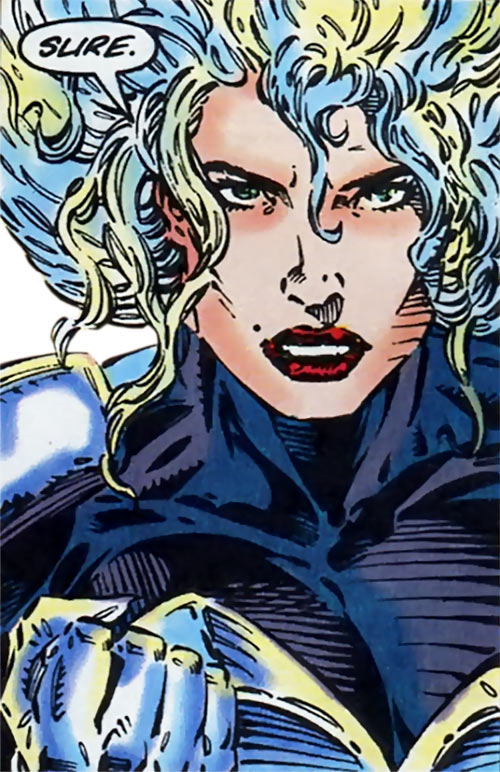 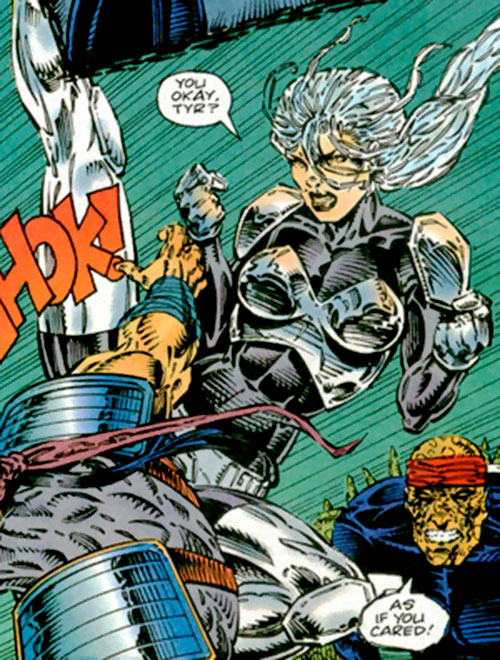