Horgan was a professional criminal and mercenary with unusual skills :

Our game stats assume that he served a tour in Việt Nam. This isn’t stated in the material. It’s just a convenient hypothesis about where he learned to pilot light helicopters (presumably a Bell OH-13 Sioux  ) and fight using guns.

The Cat-Man suit had the following capabilities :

Cat-Man was the only armoured one. From the panel, I assume his costume had a built-in helmet to support and protect his low-light goggles.

Cat-Man was then turned into a superhuman by Count Nefaria. He thus became a mutate with a feline appearance.

We see very little of him in this state. He could credibly engage Wolverine (James Howlett) in hand-to-hand combat. This likely means enhanced speed, reflexes and agility.

He also stated that he had natural claws that could easily kill somebody. 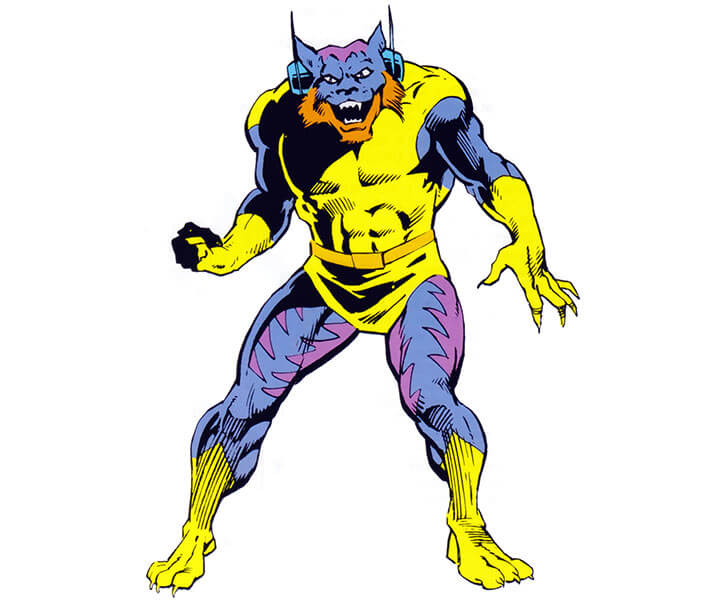 Townshend Horgan was the first expert thug hired by the Organizer (Abner Jonas).

He broke into a penitentiary to free Gordon Keefer, so he could become Ape-Man.

Horgan sports the 1960s equivalent of a big hipster beard. It’s distinctive, especially since his costume leaves it exposed.

Cat-Man is a pragmatic professional.

He’s disciplined but looking out for number one, and will change allegiances to preserve his interests.

He’s *slightly* overconfident, and hates it when his competence is questioned.

He also likes to compare his acrobatic skills to those of a cat. 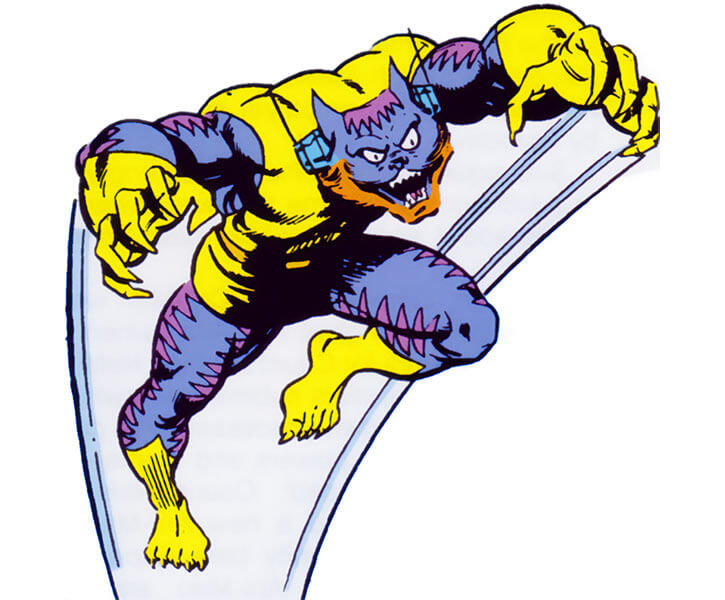 The second Cat-Man worked for Death-Stalker (Philip Sterling) in 1979. He was seen for but a few pages.

Patane was markedly less confident and professional than Horgan. He seemed nervous and out of his depth.

However he was a capable acrobat, though probably less skilled than Horgan, and used the same gadgets.

It does a lot of minor things, so it’ll be clearer with bullet points :

I went narrow with his costume’s Enhance (Acrobatics) to avoid intruding upon Ape-Man’s niche.

You can simplify the suit, of course. Say, by giving it its own Skills and one AP of Skin Armour instead of the Enhance. Which removes any reason to recruit an acrobat. But heh, use any level of detail you prefer if the fully detailed version feels too fiddly.

The Appearance is debatable. But the beard is a noticeable and memorable feature. Especially since it’s comic-book-red hair, and thus orange. It also has to be hard to hide, since even the Cat-Man costume didn’t cover it.

We have but a few panels to gauge, he fought a very early Wolverine (not yet depicted as a triple badass super-ninja), it’s unclear whether he still had powers in ’78, he’s defeated by far superior force (say, Colossus), etc. etc..

Catlike senses are a distinct possibility, but even the night vision wasn’t actually demonstrated.